Back on the Season 2 forums, a question about a Shago trailer was answered by Adam, saying that a voice needed to be figured out, so we can assume that he will get a trailer, the question is When? It’s been about 1 and a half to 2 monthes since Season 3 was revealed and aside from the Rash trailer, we havent seen or heard anything, i was wondering when we may see this trailer, if its happening, and what all we can expect to see/hear, i.e. a narrative from Shago/Omen (or even Gargos?), his new moveset, along with new Ultra and his Ultimate, and possible character Tease?

What all do you guys expect to see or hear, as well as when do you think we’ll see this possible trailer?

I think that, when it comes to character teases, we’ll either see a Tusk tease similar to how Kim’s was executed, or a new Kim tease showing off her model for the first time

we’ll either see a Tusk tease similar to how Kim’s was executed, or a new Kim tease showing off her model for the first time

Yeah. We still waiting update on Kim Wu and Shadow Jago, but they’re very quiet. I mean why not they releasing Shadow Jago or Kim Wu trailer now or next month?
And… I really want Tusk get blonde beard!

Hopefully he’d turn out close to that fake concept “leak” from a few months back. 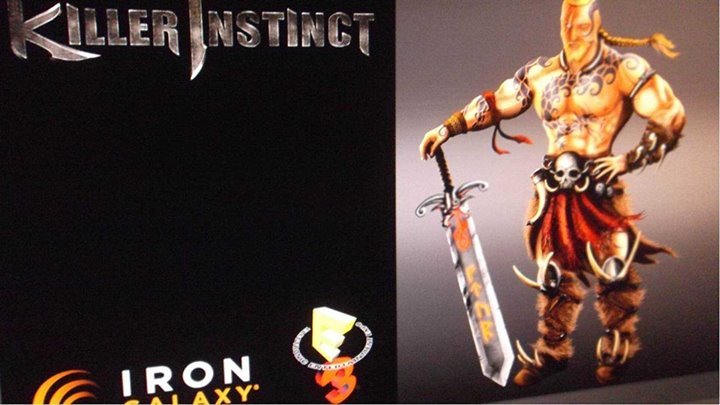 In regards to OP:
I’m thinking his trailer will be a sort of homage to his status both as a long requested exclusive character and as the Final Boss of KI3 (sorry, ARIA isn’t quite boss status).
Something along the lines of Omen’s trailer, with the narration and the story tidbits would work.
“You can’t hide forever… I will always be waiting, lurking in your shadow; in your body, mind, and soul…”
Flash on Jago’s “corruption” ending.
“The things you’ve done, the evil you’ve wrought…”
Begin the intro animation.
“Many have tried to vanquish me. Few have lived to tell of their defeat.”
"I am darkness itself, death incarnate, a monument to your misdeeds! I am the burden you will never be free of…
“For no one -not even you- can run from their own shadow, Jago…”
Que death metal montage of Shadow Jago beating boring ol’ regular Jago like a red-headed step child, with flashes of his new Ultra, ending with his Ultimate and Win pose.
And then, the dialogue resumes for the teaser, as the sound of footsteps on cobblestone echoes through the Tiger’s Lair.
“HA! You would dare raise your blade against me?!”
“…dah,” replies the burly, ultra masculine voice, as a greatsword plunges into the temple floor, and the glory that is Tusk’s theme blares on all of its glory as the KI logo closes out the show with a BOOM.

This needs to happen!

Shadow Jago’s official trailer: Either this month in October or next month in November

The next character tease/reveal at the end of Shadow Jago’s official trailer: Tusk, another guest character (possibly Joanna Dark or Kameo), or an all-new KI character

I would just like a trailer or shago release date. We’ve had 3 trailers for sf5 characters in the past few weeks.
I know they’re working away but something would go a long way

If Shadow Jago gets a trailer, it should be Jago speaking about his beginnings, what he thought his destiny would be, what happened instead, and how he believes that is happening to him isn’t his destiny and that he will fight it and find one of his own. Or it could be the voice of Omen, mocking Jago for believing that his destiny was his own, and how he is destined to herald Gargos’ return.

Or it could be a bit of both, with Jago and Omen exchanging words with each other, Jago adamant that this is not his destiny and Omen trying to prove otherwise.

Rash already gave Kim a slight teaser, at this point it would seem more likely to add a teaser for Tusk, assuming we get a trailer.

Yeah, I’m hoping for Shago to get a trailer too. 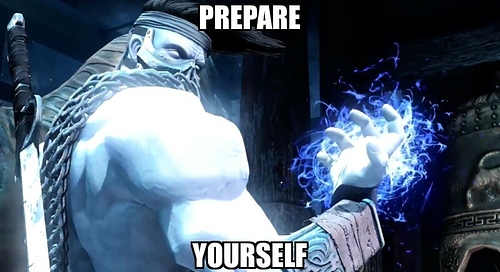 EDIT: Sorry, The the pic kinda had wierd dimensions. Tried to fix it.

All in good time and good things come to those who wait too. So you need not worry on that, my fellow KI fan