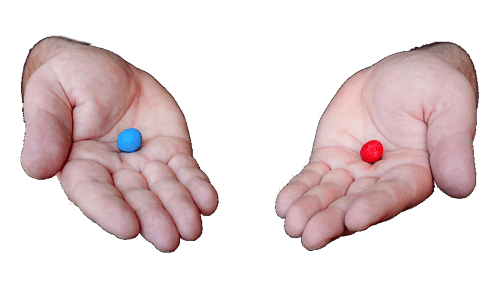 Do you think the changes in KI are for the better or worse?

(Try to keep it very short. And please dont respond to each other.)
A simple Yes or NO is a preferred answer.

Yes Take the Red Pill, lets see how far it goes.
No Blue Pill Stay where you are you like it the way it is\was…

Update: The poll has been trolled and thus compromised.

Which changes? While I like the new characters and new gameplay mechanics, I don’t like that they spent so much money on stage relighting and creating a mode like Shadow Lords which I don’t enjoy at all. Some are for the better and some are for the worst.

Do you really want to bring the same argument that you are having in the other thread to a brand new one? This question was already answered by several people in the fourm already.

Changes are always with the idea of making the game better. They might not be better for everyone, but some if not most like the changes.

What is with the thread title? Was the “Matrix” movie on yesterday?

Dude this is to get a snapshot of the topic, your ruining it.
If you dont dig it relax, I have a post for trolling, we can talk
there.

Whatever change made the AI no longer shadow counter on Ultimate Kyle I dislike; the AI is too dull and easy now.

I may not like some of the changes, but id rather have changes to learn and deal with then a game that I only play by myself vs CPU.

Sorry. I don’t do drugs.

Drugs? what the hell you talking now?
Dude forget it you win.

You offered me a red and blue pill. Those are drugs. Unless they are only a sugar-filled placebo.

And you can’t take a joke.

Your a real Troll for ruining my Poll…

I fixed it; my mistake. Also, I didn’t ruin anything - people are still free to answer your poll (although you’re being kind of redundant at this point, posting the same thing across 3 threads). And for the record, I prefer a spoonful of sugar. It helps make the medicine go down.

The purpose of this thread was for a simple Yes No summary.
I made that clear. Now its a mess.

It is not a mess, and what you need is a chill pill.

If you want to do a poll of the forums, then I’d recommend actually using the poll feature embedded in your post options. Asking for a yes/no response across hundreds of users is unwieldy to keep track of, and in any case the forums require at least 14 characters in a given post. A poll sounds like it would fit your needs much better.

Also: “the changes” is vague and imprecise. Which changes? The removal of unbreakable Sadira loops? The addition of flipouts and staggers? The nerfing of Kan-Ra? Asking specific questions will tend to be better recieved, and likely garner you better and more comprehensive responses. If a question is overly vague, many users simply won’t bother to respond.