I don’t know if this is quite the right place for me to share, like I could rather post them in Deviantart or some Minecraft-related forums. Oh well, this is for the KI Community anyway…

And here they are… 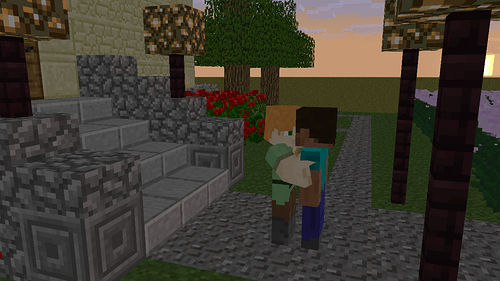 Hug
Probably one of my favorite ones. I even made a short story about it…
(Steve approaches and knocks the door. Alex opens the door and is shocked)
Steve: Hey there, I’m back. How’s it-
(Alex runs and hugs Steve tightly)
Steve: A-A-Alex…! I didn’t know you felt that for me!
Alex: I’ve missed you so much! What took you so long?
Steve: There’s a lot to talk about. Can we go inside? 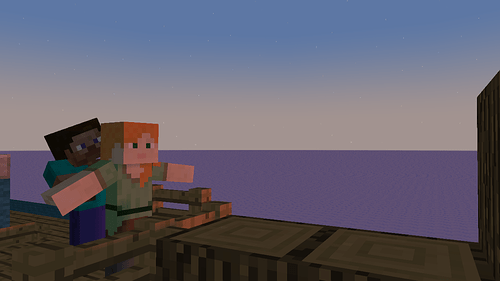 Titanic: Minecraft Edition
Close enough, but I think I nailed it on this one. 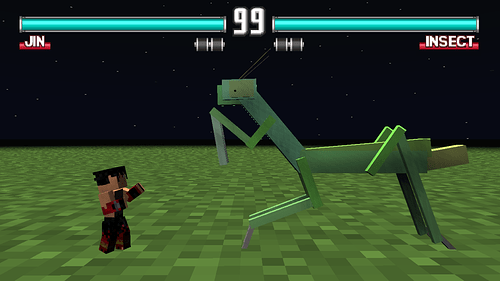 Jin Kazama vs. Giant Praying Mantis (Insect)
Based on a scrapped idea for Tekken 3, there was actually meant to be a praying mantis as a fighter, other than the salmon. Heck, I showed this to Harada in his Twitter, asking if this was exactly how it would went and his reply was, "It is!" 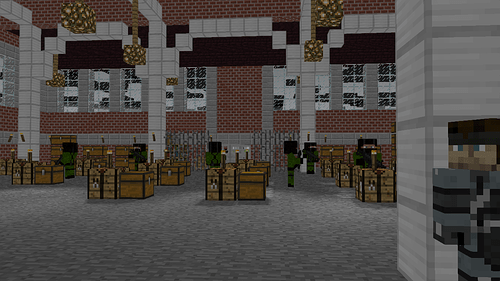 Metal Gear Solid: Minecraft Edition
A typical Metal Gear scenario, done in Minecraft! I’ve even showed this to Kojima in Twitter, A LOT OF PEOPLE LIKE AND RETWEETED including Kojima himself… 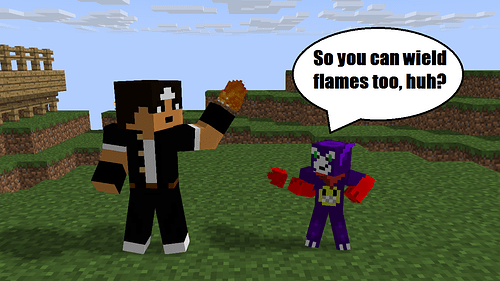 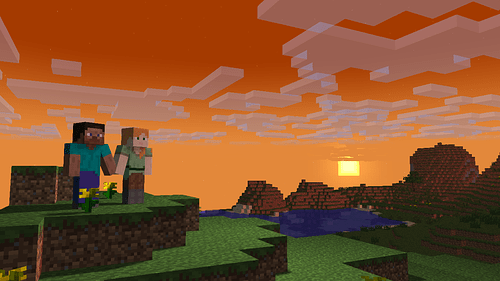 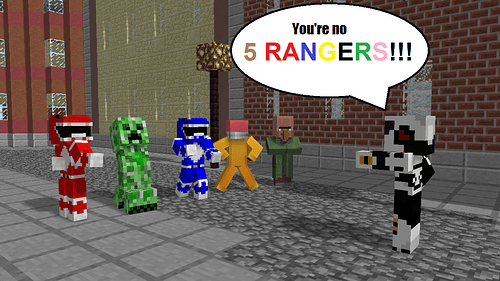 The REAL Power Rangers
Based on Downtown of Gaki no Tsukai’s comedic segments parodying the Power Rangers/Super Sentai concepts. Loved those episodes… 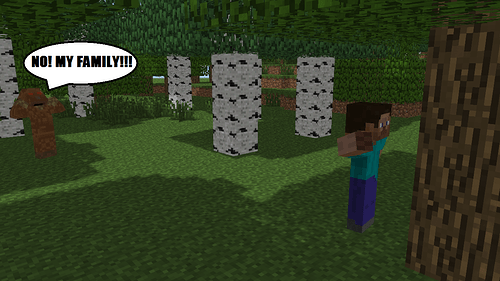 NO MY FAMILY!
I’m sorry Mokujin, I feel ya. 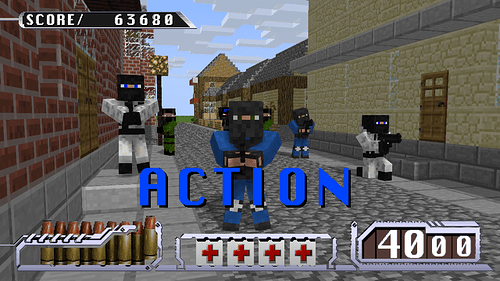 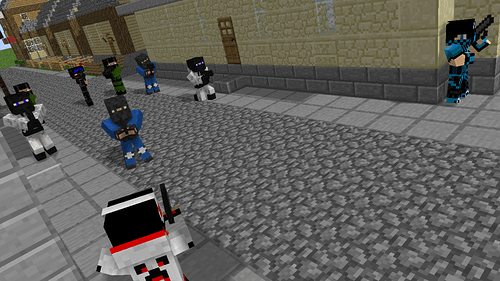 Same image, but now we see our VSSE agents in action. 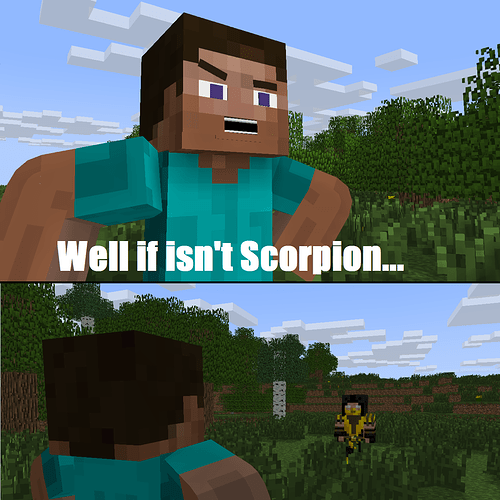 So yeah, that’s pretty much all. Hope you like them!

Very cool! Thanks for sharing! These all look awesome!

Heck, I showed this to Harada in his Twitter, asking if this was exactly how it would went and his reply was, “It is!”

A LOT OF PEOPLE LIKE AND RETWEETED including Kojima himself…

Duuuuuuuuuude!! lol Time Crisis is the bomb!! I love those games. They’re my favorite thing to play at arcades that isn’t a fighting game lol

Thanks! That’s great to hear that you actually like Time Crisis, in fact, have you seen the latest game, which is Time Crisis 5?

have you seen the latest game, which is Time Crisis 5?

I’ve seen a couple videos to get a feel for the gameplay and such, but I haven’t actually seen it in person anywhere unfortunately! I hope to get the chance to try it out soon! I also look forward to hearing some of the soundtrack at some point. I remember hearing that the composer of the first two did the music for this one too, which I preferred to 3 and 4s. I’ll just have to wait till I bump into it somewhere, hopefully with the full true mastermind edition!

I have a new batch of Minecraft pictures and I thought I should post them here! Enjoy the view! 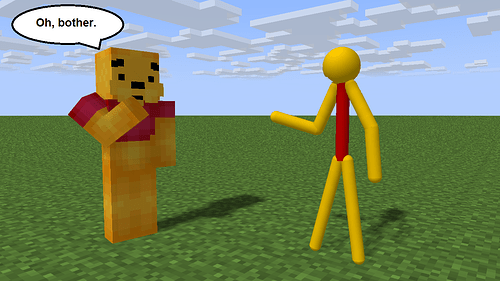 Oh bother
This picture was actually improvised when I was recoloring a stick figure model from red to yellow. When the torso was the only one left to recolor, I realized it looked like a stickman version of Winnie the Pooh! 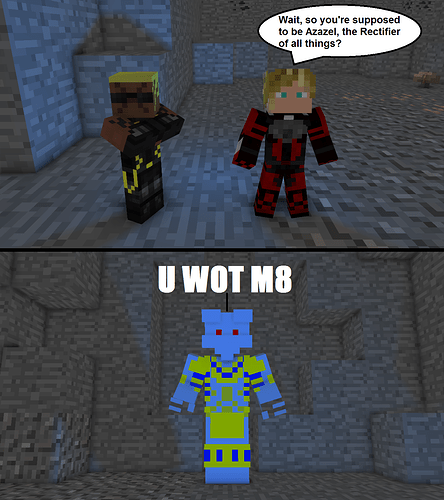 Azazel…or is it?
The idea was born when I was surfing around a Minecraft Skins website and I happened to search Tekken. One of the skins there was Azazel, the final boss of Tekken 6 and to be honest, I was expecting a godlike skin, but it wasn’t! 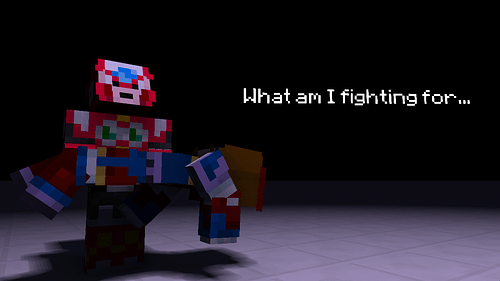 What am I fighting for…
A Minecraft recreation of the infamous MMX4 cutscene. It’s quite sad that the JP voice actor of Iris had passed away this year… 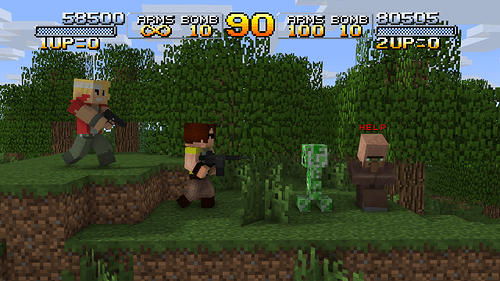 You also gotta love the HUD I’ve thrown in there… 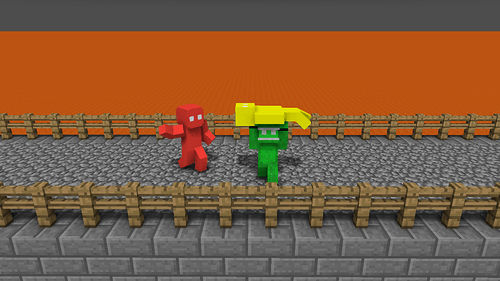 Gang Beasts: Minecraft Edition
This game is so fun that you must check it out. No regrets. 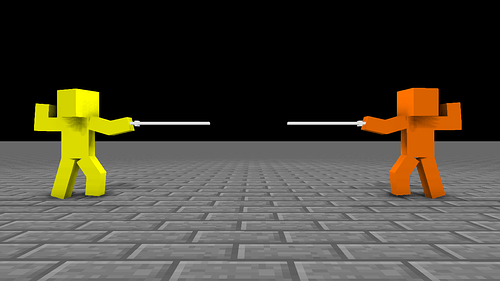 Nidhogg: Minecraft Edition
And this too. Check it out if you haven’t. 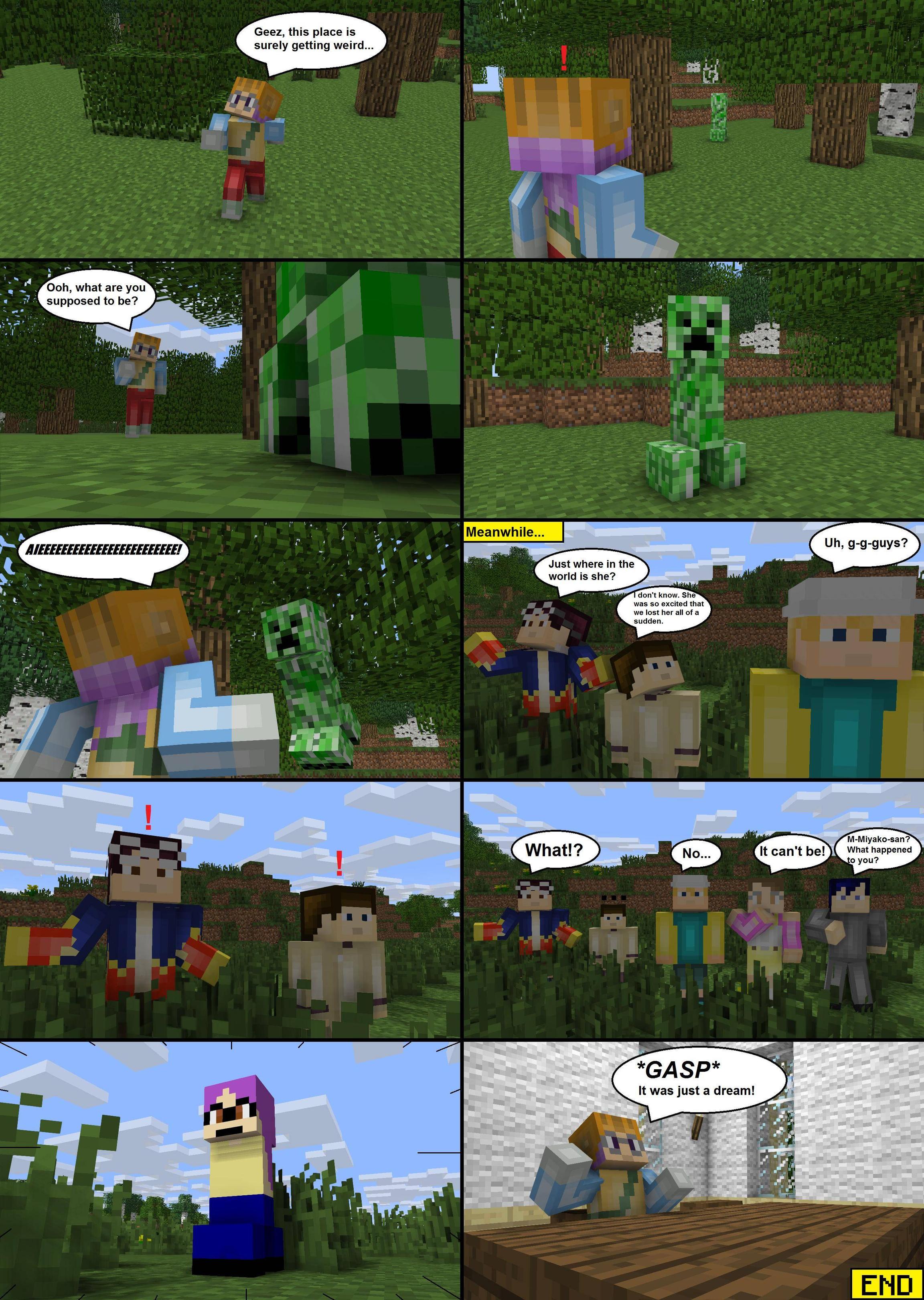 Miyako…the Creeper!?
LOL I’m not sure if anyone here knows these characters in this comic. They’re from Digimon specifically Digimon Adventure 02. It’s just something I wanted to do for fun.

And that’s all. There’s may be more to come, but until then, hope you like them all folks!