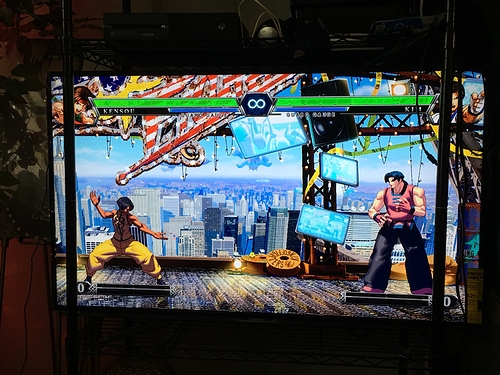 image.jpeg4032×3024 2.57 MB
Could we all agree to request to have alternate stage views, if they wont create new stages other than the character backgrounds?

Imagine looking over te open side of rebel outpost, or even the first floor of the building

It did, it went to the tournament scene.

This would require just as much work as creating all new stages, which I would much rather have.
It’s not like they can just rotate the camera 180 and suddenly the invisible 4th wall is fully designed, fleshed out and animated…

I would be down for a few stages getting the shadow tigers lair treatment (Different lighting and what not) if those stages had the original character themes as BGM’s. I think that’s the best we could hope for considering it would take way too much time and resources to do what the OP said and even what I’m suggesting would require a tonne of work (mainly for the music).

So maybe another atmosphere from the characters story

Yeah any of those would be sweet. I could see fighting in a forest with Thunder with a little river in the background, and being able to see the bridge far and high in the back (his current stage).

At least Season 3 will bring a whole new slew of stages. That’s one thing I do not like about MKX. The stages aren’t character-specific, there’s not nearly enough, and no sign of more coming any time soon.

thats amazing all these ideas . to me i think normally we dont have to ask it, they should know wht can be done for maximise the game effects and enjoyment ,and bring all the capacities of that console to the limits.

You’re telling me that KOF has more than one stage per character? I don’t remember it having that many stages. KI is a throw back to a forgotten era due to giving us a stage for every character. But people are always asking for more stages…

There are too many crevice li ckers that always think to retort is a job.

Your new definition of polish is each character has two stages? No fighting game, ever, has had two stages per character.