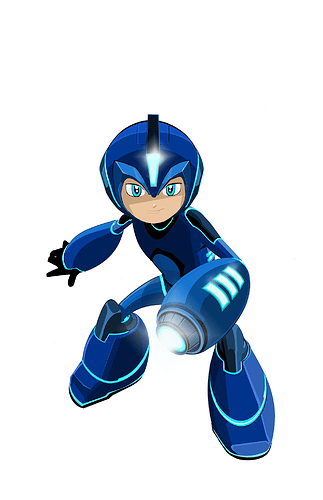 Idk have to see it in action, but the pencil arms are cray cray

If this is a reboot… will any of the Robot Masters change their ways to join the hero?

Plus will Roll’s redesign be somewhere in her original & the Battle Network design?

All we can say is stay tuned.

Yeah… there are just some reboots that I’m not fond of that don’t share the well… you know what I mean.

First, people need to get into the mindset that this will probably not be anything like the games we know. This will be its own thing. As soon people accept that, we can get on with looking at this as what it is - its own thing!

Bah. Give me Mega man 11 in NES graphics or Mega Man X 9 in SNES graphics.

Nice, very nice. Cool and neato too. BTW no news yet on a Mega Man X animated/anime series?