Kinda hard to read but I can see some extra names down there.

The REAL tiger spirit? Jago will be pleased lol

I was happier thinking the tiger spirit was never real and was always Gargos like in the original KI lore; but it seems like this has been changed for a while based on Jago’s bio…
Then again that could be a temp name, that thing barely looks like a tiger at all. Jago has been saying, “the tiger spirit was a lie” in pre-fight dialogue…
Time will tell, there’s only 3 days left, why bother theorizing now.

I believe the devs may have already said that those new guardians won’t be ready for launch, but we’ll see.

Kinda hard to say on this “tiger” guardian, but here is an image of a tiger skull to see if there is any comparison:

i can see some inconsistency here about the tiger spirit. First these holy beings are guardians. Most likely Aganos, peacekeepers. So, anyway, the tiger spirit is supposed to be something that heal, purify, protect its pupil. But as you can see is Gargos who receive the golden skin when it was supposed to be Jago who should have it as the definitive representation of the real tiger spirit.
Perhaps the question are not who is Gargos but what is he?
Is he the corrupted guardian once turned demon? Does he have a twin brother? Did he trapped the tiger spirit inside of him and became golden?

Looks pretty close to me, gotta leave some room for artistic interpretation. Plus it almost looks more like a sabretooth tiger with the larger top fangs.

I still think that husk shago is the real but corrupted tiger spirit that was in jago but was released alongside omen.

I can actually find a picture of a tiger skull that’s at the exact same angle as the guardian image. And I can confirm they are identical. 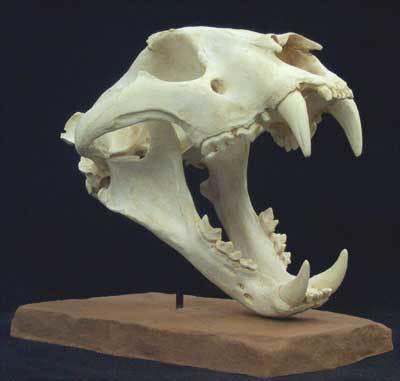 Damnn, you have good eyes. I had to really zoom in to see

That would look great above my bed. Or above my fireplace.

So far so good, wonder who’ll be next?

When are the last two guardians supposed to make the scene, with 3.6?

Maybe. No news on that yet.

When are the last two guardians supposed to make the scene, with 3.6?

No that early. Officially there has been no word, but they said they would be continuing to update Shadow Lord into the coming months so…

2 guardian slots left. Perhaps the djinn or the owl. I guess the djinn is a berserker (instinct recover) but the owl i have no clue.

I guess I called it, there is now an Astral Tiki dossier in game as well as a Lion guardian dossier.