Since the brand-new Crimson Vampire Bat Guardian is likely to arrive in Kan-Ra’s 7-11 any time now, I thought that it was the perfect time to share a pair of ideas for future Shadow Lords Guardians that I’d really like to see in the game:

I imagine that the Turtle Guardian would have to be activated like the Vampire Bat or Snake, and when you finish a combo with the Turtle at your side, your opponent would be hit with the same obnoxious slow-motion curse effect seen when Kan-Ra throws an opponent.

The severity/duration of the slow-motion effect would depend on the strength of your Turtle Guardian. We could even wrap the Turtle even more into the lore of KI by noting that one of the cursed trinkets that Kan-Ra carries around on his person is somehow related to the Turtle Guardians. 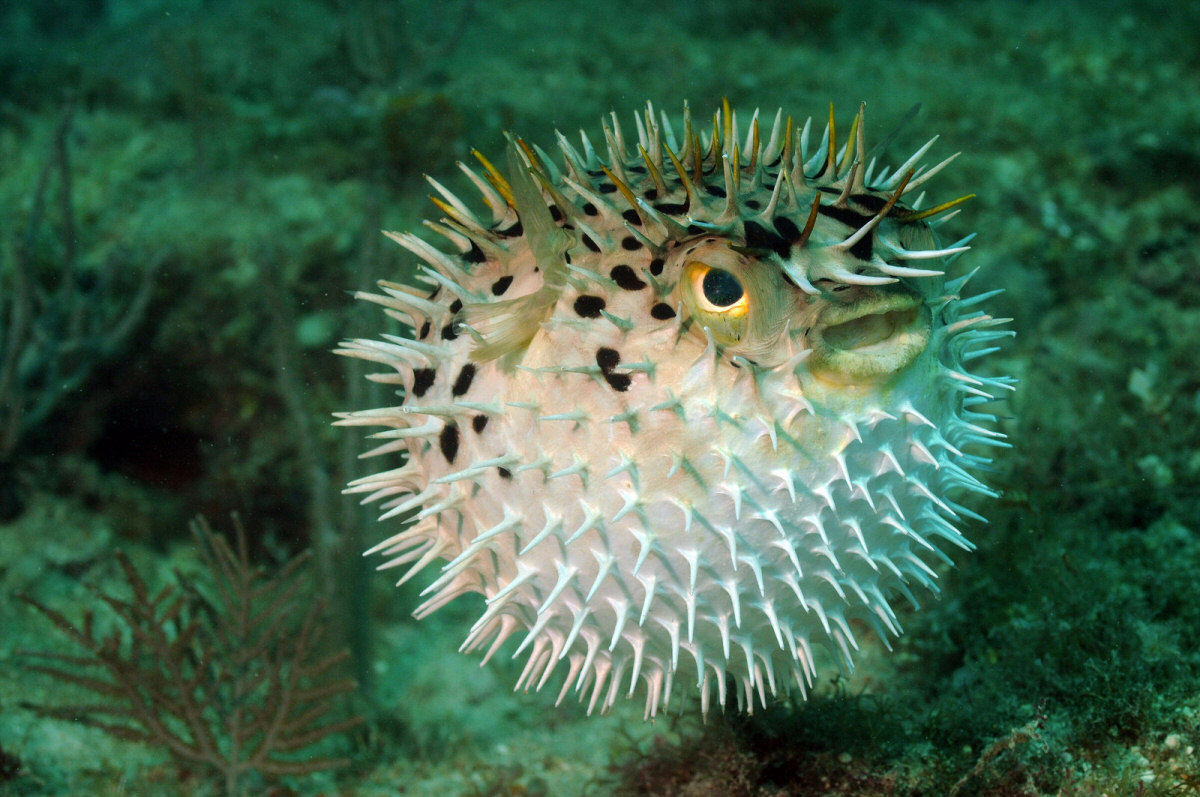 This gnarly spiked fish would swim beside your fighter, and it’d be activated with a finished combo like the Snake. When the Fugu Guardian is active, it puffs up with its spikes on full display, visually signifying that every time your opponent hits you, they receive a proportional amount of chip damage in return, as if you suddenly grew a set of spiritual spiked armor!

I think that it would be best if the Fugu’s “hit me, & get chipped!” effect worked with direct physical attacks, and that projectiles would be immune to this. I’m on the fence about whether throws and command grabs should be chipped as well…

Do any of you have any cool ideas for new Guardians? Share ‘em here, & fight on!

However the guardian must charge up over time even the Killer Jaguar/Dragon guardian.

Imagine thunder or sadira equipped with a projectile guardian!