The devs may hate Eyedol. Ok, but can you imagine how bland season 3 would be without the Eyedol x Gargos confrontation? Gotta say I have no love for the siamese cyclop but im thinking at the benefits for season 3 this chaotic clash would bring. I remember in the old forums the devs speaking about the difficulty on having a characters which has 2 heads would not work so well with the game system. So i’ve been thinking… There’s a summon in FFXII who has the identical look of Eyedol. It’s Belias, the Gigas. 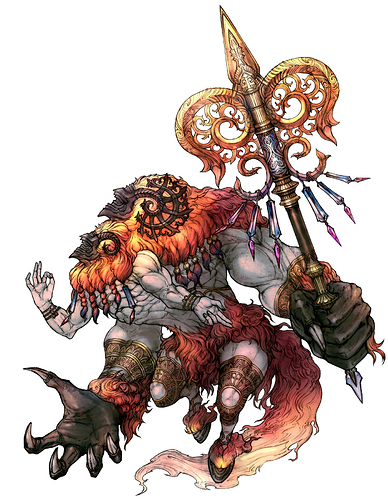 If the problem was his heads, just by looking at this picture you can have an idea on how it can be permantly fixed.

We got plenty of slots for him to come in. I don’t think there is any reason for him not to be in, but I’m sure he’ll get there right before Gargos. this all remains as speculation however.