I signed into killer instinct on my pc for the first time just to try it out. I signed out and went back to playing it on my Xbox One. When I signed in an error message came up. Can’t remember what it said but it was something in reference to me still being logged in on the PC. After playing a match I noticed text missing from the match outcome screen. I restarted the game and it still happened, then I shutdown my system and its still happening. Any suggestions? 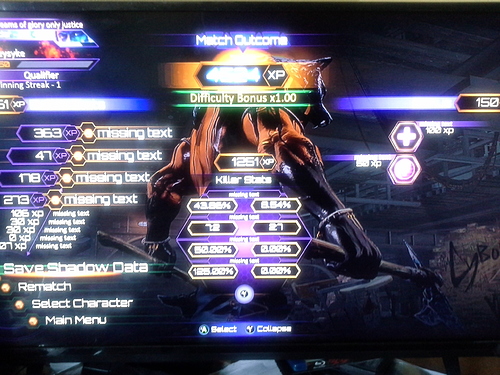 I think this is a widely known bug that is most likely going to be fixed after the next patch. It shows up on my game as well just like the screenshot.