Mimics can use accessories? 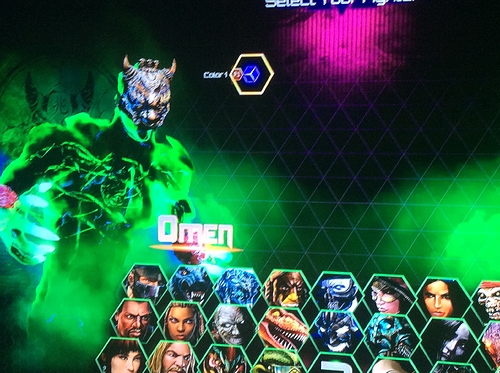 So, this surprised me. FYI, it seems to be purely on the character select screen, the VS screen and gameplay went back to the normal model.

I went to watch some cpu fights while eating my dinner, selected omen and quickly scrolled down to his mimic skin, where I was greeted with the above image. As soon as it loaded his model again for the VS screen he was back to normal. I’ve been able to replicate this many times, since it’s a matter of speed, rather than luck

The accessories used are the same as my custom omen 3, so it’s possible it’s loading that as I flick down to the mimic skin, situated right on top of the 3rd slot. I’ve only been able to get it to work with omen, I’ve tried TJ too but no dice.

It’s obviously a glitch (and yes I will put it into the official bug reporting thread) but this shows that they have some capacity to use accessories, which means it’s not impossible that we might be able to customise mimics eventually.

TLDR: mimic omen can wear accessories on the character select screen but not in gameplay. No success with other mimics yet but that doesn’t mean it’s impossible.

I’ve definitely fought mimicks wearing accessories, I think even during the beta period weeks ago. I assumed this was intentional, and thought it was awesome.

Really? I haven’t encountered any mimics using accessories (and as far as I’m aware you’re not supposed to be able to) although if you are playing as a default costume’s colour 1 then mimics will have some aspects of colour 2 (jago’s clothes +hair, omen’s smoke)

I’m totally okay with this. And it does happen with other characters, just not sure why. I’ve played a couple of Aganos Mimics with his custom accesories.

What if the mimic skins “mimicked” the accessories or your “main” accessory skin sets? That would be cool!

@developers @BlitzedKraig @TotalJimkata What do you guys think about that?