I am thinking of a monk that has achieved awakening due to meditation. As a result,he transcended into a higher state of being. He has a bow staff that can detach into two. He has slow normals with decent range because of the bo staff. When he splits the bow,he has different normals. He can activate a charge. This allows his next special to be enhanced. In instinct,he splits the bo into two but they remain the same size as combined so his normals are faster and have decent range. Also all his specials are enhanced. Talking about specials,he has a differnet version depending on his bo.
Specials when Bo is combined.

Zengaku:Qcf-P: When bo is combined,he spins it and shoots a blue energy ball. Light version travels slowly but accelerates. Heavy travels quickly but decelerates. Medium travels between and speed is consistent. Is neutral on block. When enhanced,it is plus on block. It is also bigger.
Rineku:Qcb-p:When bo is combined,dashes forward with a strike from his bo. This is safe from block and knocks the opponent in the air backwards if hit. Light version has fast start up but low distance. Medium has okay start up and medium distance. Heavy is slow to start but goes the furthest. When enhanced,it can be canceled into a normal.
Mejuken:Dp motion-p:When bo is combined,he creates a barrier that slowly goes forward. About the size of Kan-Ra’s scarabs. Does no damage but descent hitstun. Safe on block. Light version stops at a short distance and stay’s there for 2 seconds before disappearing. Medium stops at a medium distance and stay’s there for 3 seconds. Heavy goes full screen and stops there. Stay’s for 4 seconds. Enhanced version makes it do 2 hits instead of one.

Specials when bo is seperated:

Raigeki:Qcf-p:When the bo is seperated,he stabs the ground with both of them and it creates a barrier behind the opponent. Light version is fast to start but barrier only lasts for a second. Medium is slower to start but lasts for 2 seconds. Heavy is the slowest but lasts for 3 seconds. Enhanced version starts way behind the opponent but moves forward until it moved half screen. Then is stays depending on the strength.
Faisoku:Qcb-p:Rekka attack. When the bo is seperated,he can do a series of 3 rekkas. The 1st two hits hit mid and are neutral on block if stopped. Can continue one after another. The 3rd depends on your punch. Light jumps in the air right above and behind(think Dante’s jump into Mp real quick from UMvC3) and you can normal after(makes the normal unsafe on block though)Medium punch rolls behind the opponent and does a low hit while rolling. Unsafe on block. Heavy hits them with his sperated bow and can be canceled into a special after. Enhanced version allows you to cancel any version into a normal.
Bazaiko:Dp motion-p: An over head that jumps and hits and recaptures. Light is neutral on block. It is slow. Medium is unsafe on block. It is slightly faster. Heavy is extremely negative on block. It is fast. Enhanced version allows you to chain two in a row.

Power of Nature:Qcf-k: This allows him to charge and enhanced his specials. Light version gives him one charge. Medium version gives him two charges. Heavy gives you a zaiku charge. A zaiku charge is used to double your charge next time. If you get hit,you lose all your charges. Cannot be enhanced.
Zendo:Qcb-k: When your opponent throws a projectile at you,you kick it. Light version kicks it right back at them. Medium version kicks it and absorbis it giving you one charge. Heavy version kicks it and absorbis it so you gain small amount of shadow meter. Cannot be enhanced.
Enhance:Down Up Punch/Kick depending on the move: Enhances the move.

Grab gives him a charge. His combo trait allow him to gain charges by doing Zenkai linkers. You do this by presing heavy 3 times after a double and it gives you one charge. Easy to break. 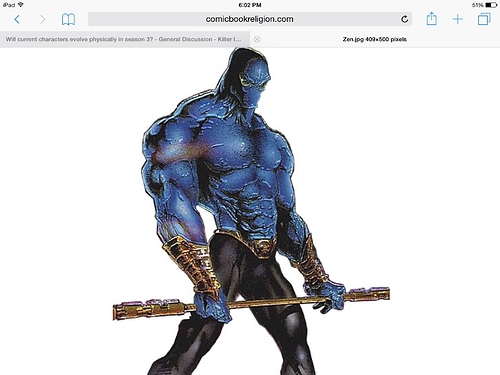 Well this is more of a guy who meditated to the point of ascension.

True…runs and cries in the corner 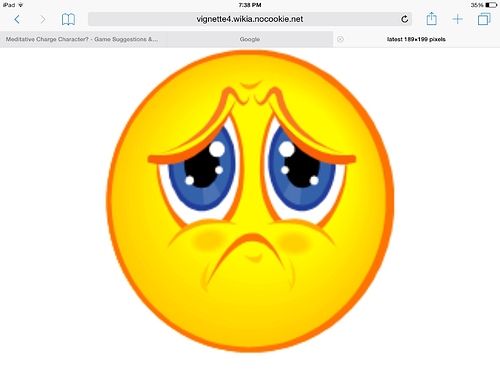 And that would be Shadow Jago, more specifically

Well the goal was to make a character that can do both Zoning and Rushdown but can’t do both at the same time. You also need to not get hit or lose your charge. Instinct avoids this and lets you go nuts.

Ah, the oxymoron in this statement gives me a headache…

Oops. I meant that he can do Rushdown and zoning but not at the same time.

Aha, now I understand… Got it!