Just wanted to share some of the art that my dad and I do.

The ones below are all Characters from my book which is a WIP.

I’ll tell him my designs and he brings them to life.

Have at thee!
Xander
Eager, Brave, a young war god who seeks to prove himself 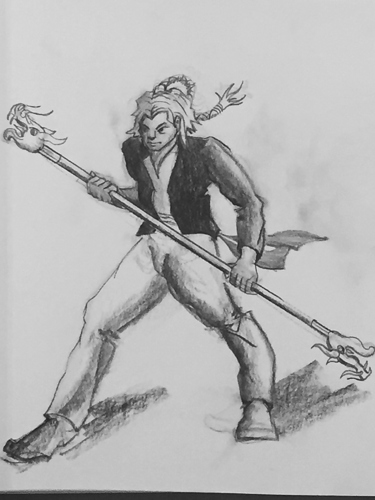 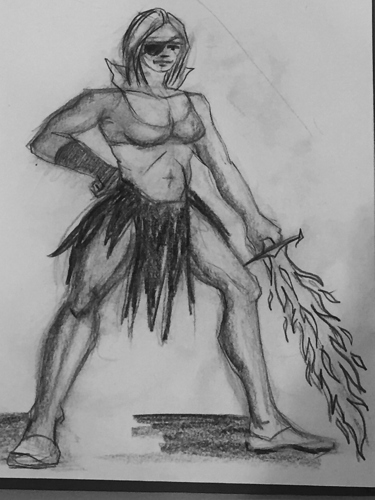 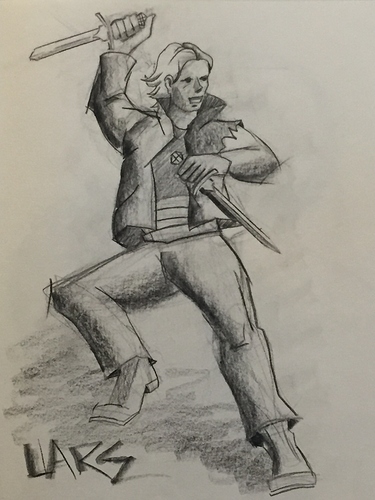 4 Lars.JPG2448×3264 1.12 MB
Galen
Leader of the Rebellion, a flirtatious magician who wields many magicks 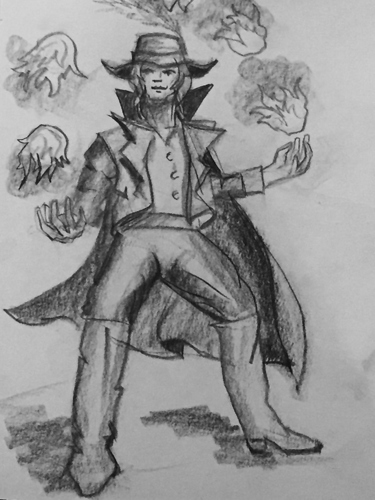 4 FullSizeRender 4.jpg2448×3264 767 KB
Donovan
Co-founder of the rebellion, Strong and robust, he is the best you companion
you could find 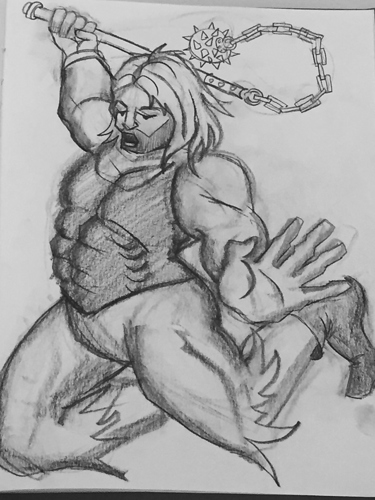 5 Dan.jpg2448×3264 922 KB
Clarissa
Exiled from her home, lacks any shame, This licentious demon holds the secret to the enemy’s
true plan 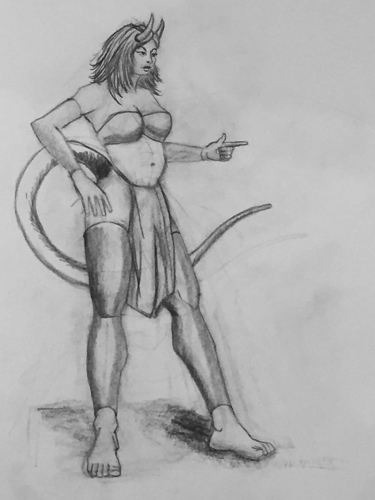 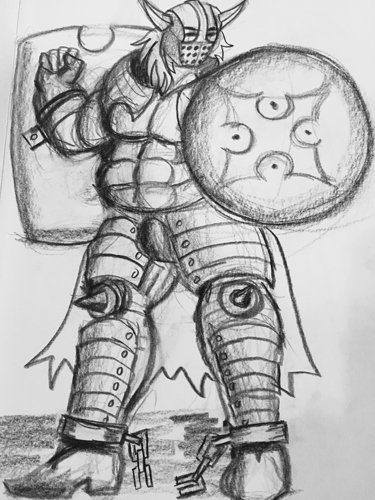 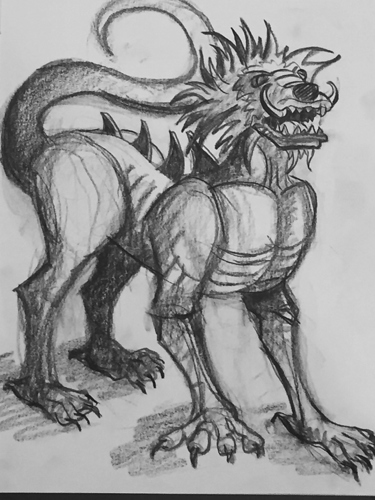 FullSizeRender 8.jpg2448×3264 971 KB
Brokos
Stoic as a mountain, foreign to this land, a sentinel who guards a castle full of history 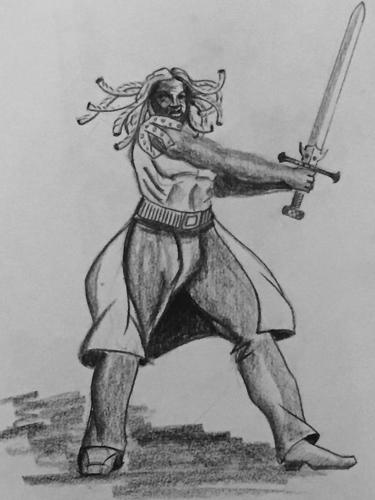 John.jpg2448×3264 714 KB
Tor
The last of his kind, a veteran in the war against the centaurs, he stands tall despite his losses. 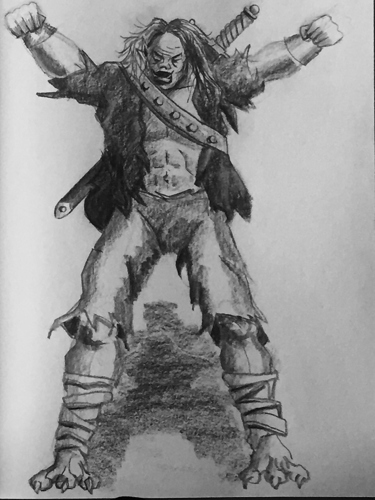 FullSizeRender.jpg2448×3264 931 KB
Scratch
Of royal blood, usurped in an unfair trial, a feral youth who has been cast out from his home 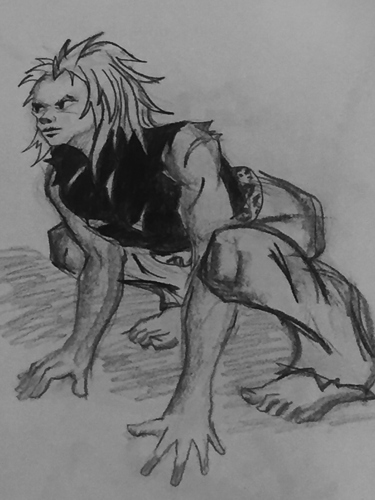 11 FullSizeRender 8.jpg2448×3264 663 KB
Ursula
Died tragically in marsh of a ravine, cursed by powerful spells, an undead corpse with a body strong as steel… 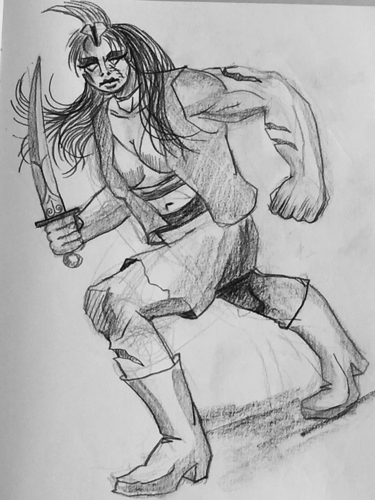 12 FullSizeRender 4.jpg2448×3264 930 KB
Otano
The Undefeated man, the ancient myth, the mysterious mirage, only to appear before strong and righteous warriors…. 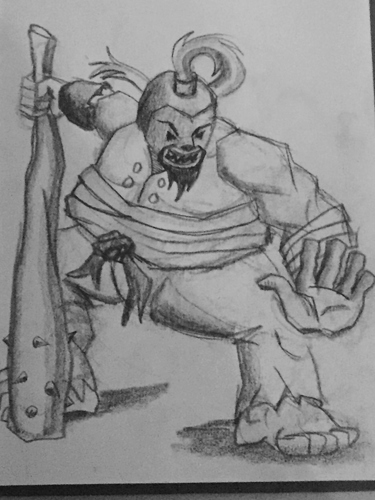 13 FullSizeRender 12.jpg2448×3264 813 KB
Coda
A prehistoric beast who seeks forgiveness from his gods, but will he ever get it? That remains to be seen… 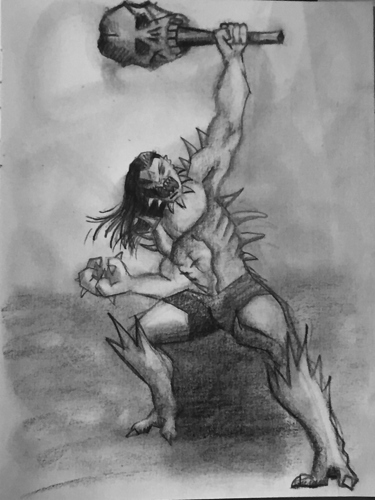 All Artwork belongs to Lucas Carbone AKA Mandrill Maniac

EDIT: Since I am currently unable to scan these, the pics are really low quality. Sorry bout that.

EDIT: Updated the roster on the OP.

And now that while I’m thinking I thinking about it:

These are really neat! Are they charcoal drawings?

These are excellent, amazing, and awesome drawings man

Why do I want to see varias’ dash tho lol

Why do I want to see varias’ dash tho

LOL. He does stumble a lot in the book. I doubt he could go into a full sprint.

Next two drawings are up: 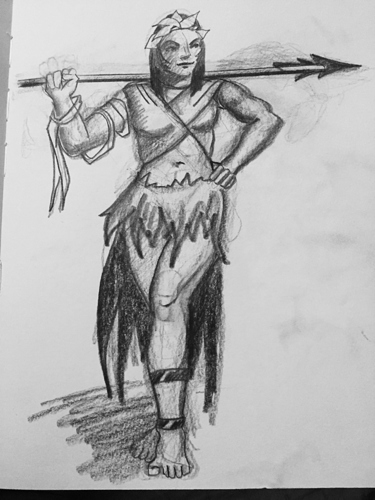 Coda the Primal One 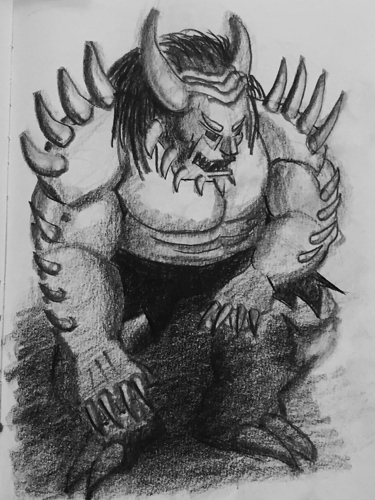 Would you guys like me to provide my backstories for these guys?

Edit: Added some last minute details to Coda. So he got updated.

Yes! Why is it that this is off-topic by the way? It should be in the Art thread.

Why is it that this is off-topic by the way? It should be in the Art thread.

It isn’t KI Art. So I thought it wouldn’t belong there.

But If One of the mods wants to move it there the by all means move it.

@xSkeletalx would it belong here or in the art zone?

I think offtopic is the correct location given that it isn’t KI related art.

No shame in being in the offftopic area though.

I think offtopic is the correct location given that it isn’t KI related art.
No shame in being in the offftopic area though. 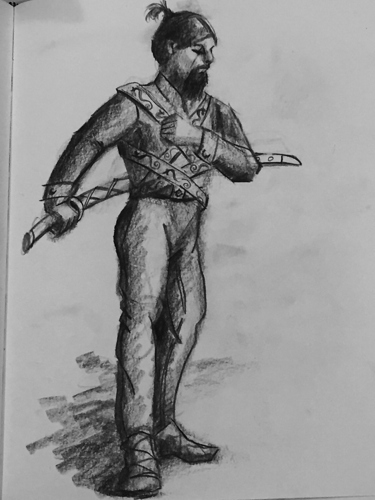 And our first antagonist: 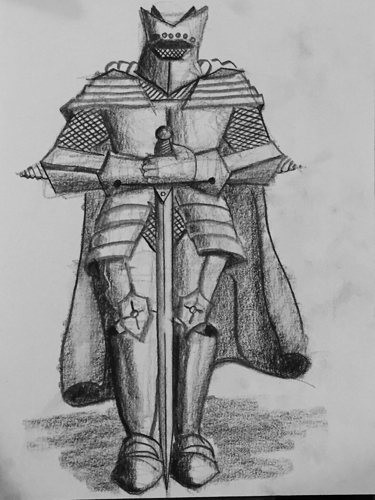 Gonna Start working on the backstories a bit more. I’ll get them up soon.

I have a feeling @OhAnodyne would like some of these drawings.

I’m happy to say, with an absolutely straight face, that you have a real knack for drawing breasts.

To put it more seriously, the anatomical proportions and positions for your drawings are almost all spot on, and they interact well with the materials they’re interacting with. The beards and hair (and the other thing I mentioned) especially stand out.

I’m happy to say, with an absolutely straight face, that you have a real knack for drawing breasts. 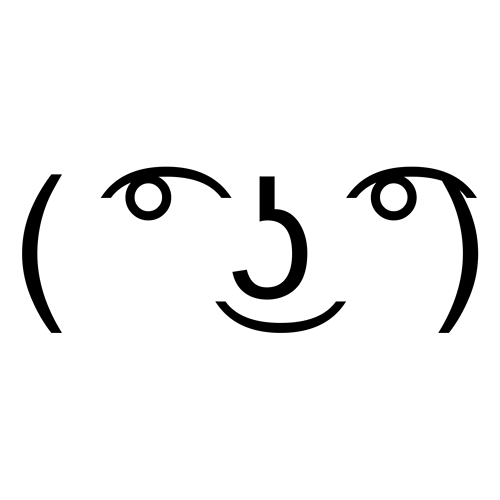 But in a more serious matter: Thanks @Fwufikins I really like when people can tell the amount of detail my dad puts into these.

All I do is show him the design and write the backstories and books. He brings them to life. And I am very grateful for it.