Here is my suggestion, rash is almost perfect he just needs to lose the belt he never wore it in any of the games. I do not mind it as an accessory though, it’s just why make him perfect and then mess up a minor detail people will say it’s a waste of an accessory but both of his costumes are the same I think he at least deserves an extra accessory. I would prefer he get the elbow pads instead of what he has but I just hope it’s one of his accessories think of it like this how would you feel if they made riptors modern costume exactly like old riptor and her retro is just a more cartoony texture but she also is wearing sabrewulfs shirt in her default, or arbiter two costumes just being halo 5 armor with different textures and using a weapon he never used or a random part of his halo 2 and 3 armor it’s a minor thing I know but Sering the arbiter just made rash feel not only not loved by the ki community but by the devs as well. Except move set, move set wise IG you did great I can not deny how perfect his move
Set is

I suspect that the belt is a body divider similar to retro Wulf’s belt. Beltless Rash is probably not an option.

I admit I haven’t ever played Battletoads but the Nes cover shows him wearing a belt so maybe he was meant to have a belt but time or technical issues meant they couldn’t put it in the actual game. 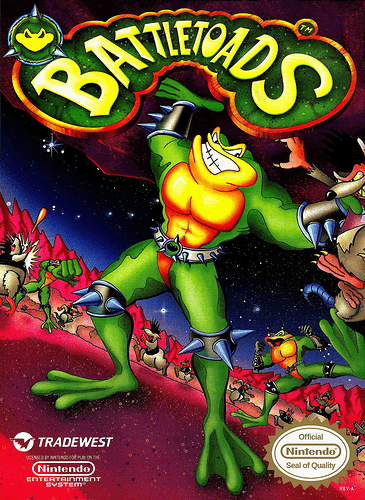 that’s pimple actually, Rash is on the left.

My guess is that he has it so he doesn’t look “naked” Although he’s not wearing any pants the belt creates the feeling that he is somehow not nude. It’s like when Superman got redesigned without the underwear, they still kept something that resembles a belt because he would look naked without it.

I thought I was hardcore. I think just removing the belt from the retro would help in a lot of ways to differentiate the two costumes.

I thought all of them had it. Maybe not?