I would pay the money I paid for the community funding/shadow jago x 2 for a beefed up story mode that encompasses all three seasons. The lack of a story mode that spans all characters in the game is one factor that keeps my other fighting game friends from getting this game.

I wish for another Community Fund Pool drive but not for story to take some of that.

I would pay too but lets be honest I would pay for everything to support this game, the issue isn’t only money but also time. If IG would do lets say a story mode similar to MK’s it would take the whole team months to do that alone and they couldn’t work on what in my opinion is more important so I have to be against this idea in a way. I would prefer to to pay if someone else would do the work (would just be cutscenes anyway, the fights would still be the same so not more work needed gameplay wise) instead of IG.

it would be nice to have history as S1 to S2, I would give a contribution.

Times that by minutes in a day and then by year and you have a rather large number.

The only time I would willingly give a company my money to “help” them create content would be if the company were small or just starting out. A company like MS shouldn’t really need handouts from it’s fans since their own pockets are deep enough

Might as well just make an action adventure, beat em’ up or rpg game for KI instead. Of course that would cost millions so yeah…my pockets aren’t that deep.

Maybe a something akin to Tekken Force? 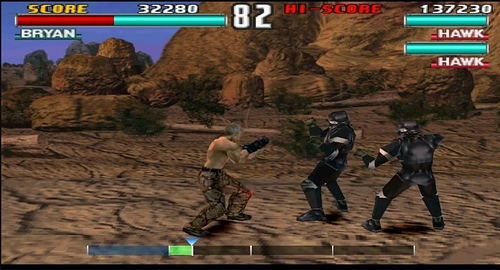 I was thinking more ONI style, MGS(or rising) style, or even something like fallout, mass effect, elder scrolls etc etc.

i think what they did with season 2 rivals was pretty cool, i wouldn’t mind them having the same treatment for a new story mode, like it could be like the mortal kombat games story type but with the same cinematic treatment they gave rivals and shadow lords cutscenes, cause in my opinion shadow lords itself isn’t they type of mode for a console fighting game its more for a mobile game

To be honest, I’d be content with just an arcade ladder with ANIMATED story bits in between.

I would LOVE a cinematic story mode for KI, but lets be serious here, you can’t do a community fund for something like that. Making a mode like that is akin to making a movie, and thus it would cost HUNDREDS of THOUSANDS of dollars, maybe even a MILLION up front. Voice actors, Mocap, etc., KI is a budget title, and FGs are a niche market. Unless KI starts pulling MK numbers in terms of sales, something like this is just a pipe dream.

That being said…
##WHOOT WHOOT! for the KI comic coming soon!

A legit comic, with a real story, artwork, and character development will be NICE! The team already said they will continue to update and develop Shadow Lords (and the story there is pretty good), so them making a comic that encompasses all of the story through S1, S2, and S3 should be pretty good if done right.

it doesn’t have to me 100% like MK they can tell a story the same way they did for each character in season 2 the only difference will be that it should have certain characters that truly matter to the story but it can be done with the narrator and the in game cinematic treatment of season 2, in my opinion that would be cool and the best route to take if they did it

ou can’t do a community fund for something like that

What? Of course you can. It just takes alot of money. I mean if people raise millions of dollars in charity work a community fund like this is more then possible. But I don’t think anyone is actually willing (except me of course) to shell out that much money.

But I don’t think anyone is actually willing (except me of course) to shell out that much money.

And that is the issue. Maybe if they did a year long campaign on Kickstarter or something they could crowd fund the project…but that just begs the question of, “Why is Microsoft crowd funding a project like this?”

If MS wanted to, they could invest in KI right now and green-light a cinematic story mode for the game, but therein is the issue, they don’t see the value in it, and thus I don’t see the wider audience of KI seeing it either.

Again, I would LOVE to see a more in depth, cinematic story for KI, but really I’d be just as happy with a Comic.

Have any of you ever listened to the Halo audio drama, “Hunt for the Truth?”

EXTREMELY well done, and doing just something like this for KI would be FUGGIN AWESOME!

Truth be told, as much as I love the MK style of cinematic storytelling, a well done audio drama with or w/o fantastic artwork would be just as good in my book. I just want the lore, and in many cases the written stuff can be more fulfilling that the cinematic stuff.

Is it really necessary to necro threads that are over a year old…?

Just another thing to talk about I guess.