Long story short; for my final class project, we were required to make a magazine cover. Obviously, it was intended to be fictional and be something that was particularly interesting to us. The project was meant to tell the audience something about our character. So I decided to choose the two most interesting things to me, gaming and Killer Instinct.

So, as a Jago main, I was like… imagine if, down the road, I was the GREATEST JAGO PLAYER EVER! Moreover, as a Jago dominated every KIWC torment for the past five years. Sounds silly and obviously something I don’t see myself ever accomplishing, but it was fun. Thought you guys may also find a kick out of.

Note: I used Game Informer magazine as my template. 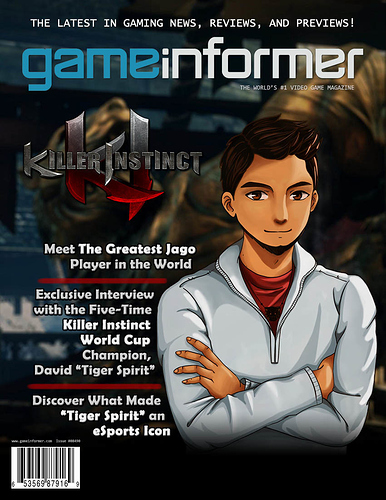 Should’ve put your current profile picture there instead. So much cooler.

I would’ve, but it had to reflect me personally and the arms on my current image extended too far so it looked unnatural in the magazine.

That’s a pretty neat, sweet, cool, rad, and awesome magazine cover you made there for your class project, Tiger Spirit

Wow that’s very neat! What class did you have to make this for? 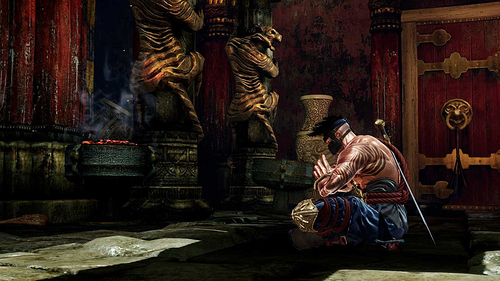 That’s a pretty neat, sweet, cool, rad, and awesome magazine cover you made there for your class project, Tiger Spirit

Wow that’s very neat! What class did you have to make this for?

In my own mind I am

Lol I am not doubting youat all, As a fellow monk, I just personally found that funny…

I did bow down to you in the pic

Lol, I’m honestly pretty terrible. Have we ever played before? I could’ve sworn we haven’t, especially if you are a brother monk.

nope we haven’t, but your probably better, I’ve been slacking lately due to being preoccupied