With the Shadow Lords, will we have “Lords of Light” join in?

Cause maybe a Tengu can be a part of that.

I’m not sure if the arsenal tengu would be a good fit here.

I thought since the Shadow Lords are demons, why not a Lords of Light similar to angels? Well… angel-like creatures maybe.

As long as there’s an angelic tentacle monster I’m in.

No, it’s more interesting if there are just mundane and shadow forces. There’s a Lovecraftian appeal to that, there just being us and the unfathomable. Light lords would be a boring cliche.

Besides which, everyone in the lore is drawing upon shadow energy to their own ends at this moment. It has a delicious irony about it, it presents this internal conflict which makes the protagonists’ plight all the more harrowing since they have to rely so much upon the powers of the shadow lords in order to fend the shadow lords off. Light lords would be an easy way out of that conflict.

As long as there’s an angelic tentacle monster I’m in. I thought perhaps since the Shadow Lords, they could have a history with those related to the light.

They could’ve fought for millennium.

Could the light lords also be evil, unfathomable demons who seek to enslave other lifeforms like humans?

We can have an angel-like character AND make him a magical archer! the composition was intended to look similar to Michael 's

… but maybe give him something that is NOT a sword. It’s too typical and we already have so many swords in the game. If we are going for an Angel character, they need to be a “God Killer” like Pit. 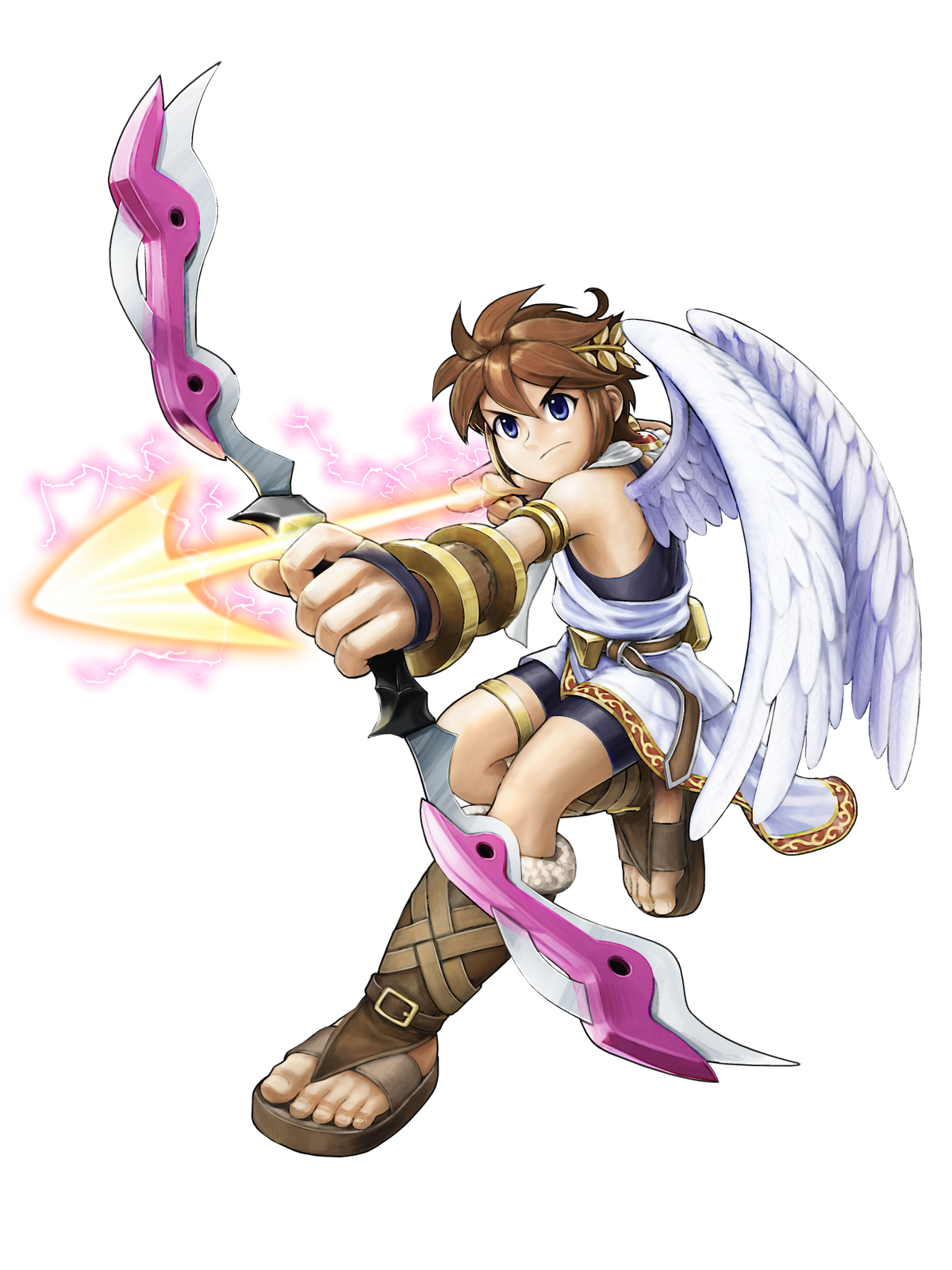 if a lord of light could take any inspiration from pit it would need to be hs weapon. the idea of a twin scimitar looking blade that transform into a bow easily is an amazing concept i wish was used more. the bow guy from mk kun jin uses his Bow like a freaking club. disrespectful to the bow if you ask me

Geez. I will never be able to “unsee” that first picture. Great if it works for you, but definitely not my thing. Something a bit off putting about a dude with pube feathers…

On topic, has it escaped everyone’s notice that Aria is actually designed to evoke a robot angel?

No Aria’s look is obvious… However she doesn’t represent a “holy” side, though her goal is to preserve humanity.

What about lords of k-pop?

We need that thing in KI. I don’t even care what it’s called or what it does. Just put it in there.

strange and other worldly, eerie yet beautiful. borderig on abstract 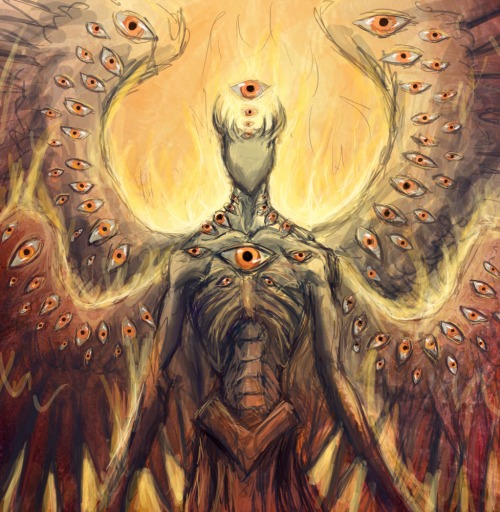 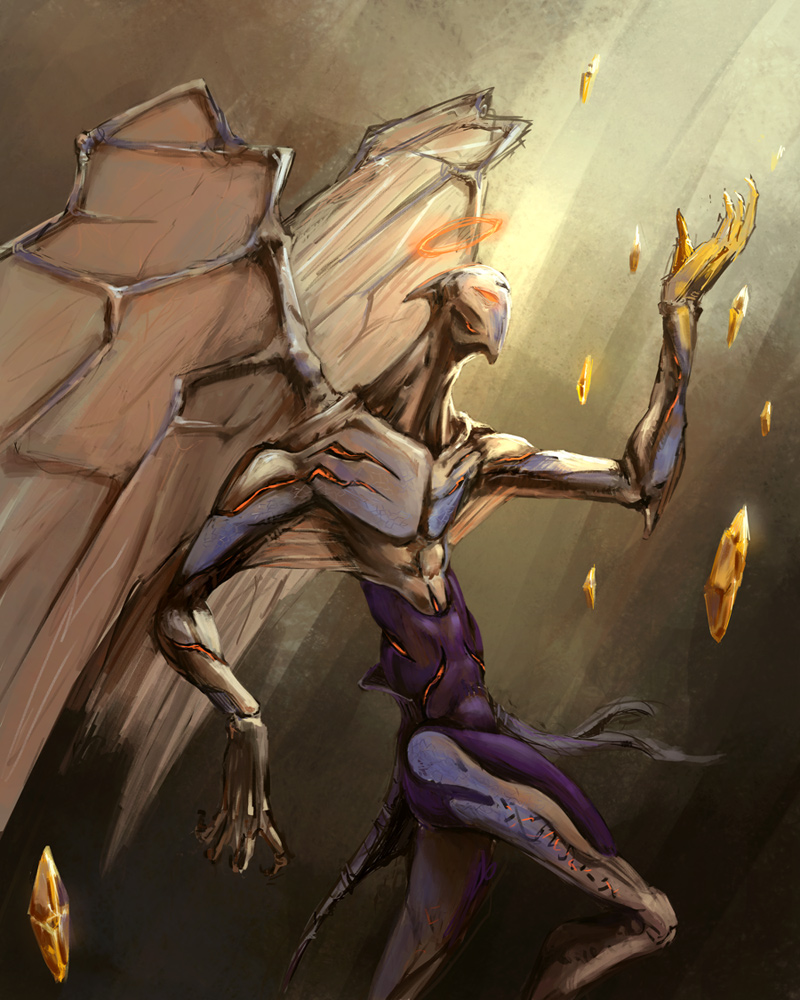 We need that thing in KI. I don’t even care what it’s called or what it does. Just put it in there.

I’ve kinda fallen off of Magic in the last year or so, but I’ve always liked the design of the Eldrazi, Magic’s take on the whole Lovecraftian theme. Brisela is what happened when two very well-known angels got corrupted by the gigantic tentacled Eldrazi titan Emrakul. Despite appearances, they seem pretty happy about it.