Let's talk about the metagame, seriously

My problem is the jump, how the foward jump and the neutral jump is so broken. The game gives a lot of advantages for who is jumping:
1 - Anti - air in this game is a ■■■■, is slow something, doesnt give too much damage, and the hit box is weak
2 - who is jumping, if he/she hit his opponent, he/she can keeping this hit with combos

It makes people jump too much, and it is so freaking weird and unbalanced.

So, jump is so powerful in this game, so safe and etc.
Another problem when you are in the corner, and you is down, when your character up, the opponent using the neutral jump and it is so over power too, and dificult to solve

I have playing KI in season 2 and Season 3, it sounds weird for me, because others fighting games, the jump isnt soo strong like in KI

What do you think guys? 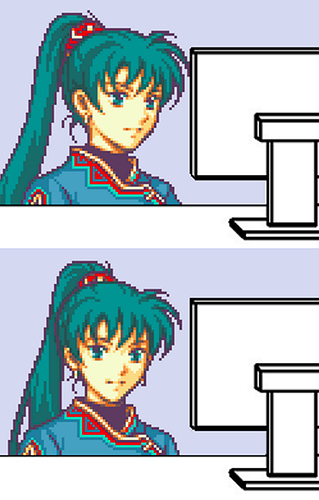 Can I ask, what character do you play?

Most characters in this game are perfectly capable of anti-airing every character on reaction.

I don’t think you can make general statements about anti-airs. They’re too varied. Some characters have terrible antiairs, sure, but others have godlike antiairs that hit like trucks, lead to full combos, or leave you in very favorable situations.

I particularly don’t agree but I don’t know never really thought about it. What character do you play maybe the don’t have a strong anti air.

So, for you, the game have a real balance between ant air and jumping ??

For my characters yes. I play Raam and Shisako, you jump at me you’re either getting combod/hard knockdowned or krylled and both of those let me get started with pressure, mix ups, or vortex.

Let me guess… a Sadira beat you.

Jumps can lead to combos, but anyone who jumps is at risk of being anti-aired.

Many characters can and will make you pay for jumping. Some can get good damage and a setup afterwards and some can also make you eat a full combo off of anti-air.

Another problem when you are in the corner, and you is down, when your character up, the opponent using the neutral jump and it is so over power too, and dificult to solve

I don’t quite understand what would be the issue here

If the oponent is neutral jumping when you are on the corner, depending on your character you can simply DP them for trying this. If your character doesn’t have a DP you can just block and deal with the pressure that comes afterwards.

Would you care to elaborate?

To be honest I think you are overestimating how easy it is to anti-air in other games. It is traditionally quite difficult to anti-air, even in Street Fighter games; many of them even have air blocking or air parrying, and those that don’t are full of characters that change their jump arc on you (both SF4 and SF5).

Unless you have a Sagat DP, it’s actually a pretty hard thing to do, and Jago (for example) has great anti-air in KI for the same reason.

You also have to consider that most anti-airs are also reversal DPs, so if you buff anti-air damage, you also buff reversal damage (ie, Cinder).

KI is very fast paced, which is why it’s hard for you to anti-air. If I take you to training and say “anti-air this jump-in”, most characters will have no problem finding a button. But it’s hard to do it in a real match for reasons that (usually) aren’t related to hitboxes.

Most characters in KI have more than serviceable AA’s, and are generally quite a bit more rewarded for anti-airing than in, say, SFV. More than a few characters can get combos off their AA’s, others get great damage off them, and others get resources or status effects. In general, I think KI’s anti-airs are quite a bit more potent than in a lot of fighters out there.

There are certainly characters in the game that are more difficult to anti-air, but overall that’s not really due to deficiencies in the casts’ AA’s, so much as it is a testament to those characters’ stellar aerial mobility and approach options.

AA’s don’t have to do 20% damage to be effective. Consistently AAing someone will set in their minds that jumping at you carelessly only causes them to take damage. If you don’t AA someone, in their mind they will feel rewarded and try to jump at you again.

Hitboxes aren’t usually the problem but rather timing. Try to preemptively AA someone with a cr.HP. That helps with getting more effective AA’s.

Less damage in combos that was started by a jump.

Another problem when you are in the corner, and you is down, when your character up, the opponent using the neutral jump and it is so over power too, and dificult to solve

A cool trick that you can do is when they are in the air, you can dash forward to switch corner control. This doesn’t work with meaty jumps but someone who is trying to bait a throw could accidentally lose their advantage.

Also their are many ways do deal with air approaches. Cr,hp or a AA special move works walls. Sometimes an air-to-air is a good way of dealing with air happy opponents. A jp.mp is usually most characters best air-to-air. Not only that but even if you get miss the timing, most characters can’t do much of a combo since you’re in the air. (except Sadira, Cinder, Rash)

The best way to lose in a fighting game is to be predicable. If someone is constantly jumping at you with j.hk, use your many tools of dealing with it like ground normals, air-to-airs or even dashing under them. Use their habits to your advantage and opponents will be wary of jumping at you carelessly.

Try playing Tusk. This should fix your problem. His crouching HP is a fantastic anti-air that does huge damage, can’t be avoided with even a well timed neutral jump and can generally convince your opponent that jumping is bad.

I dont see jumping as overpowered, but I gotta admit that neutral jump does miracles in this game.

Yes, neutral jumping is good in KI because it is a pretty good answer to bait throws.

But I actually see it a bit differently; if you are consistently good at anti-airing neutral jumps when you didn’t throw (that is, anti-airing instead of just blocking like 99% of people do), then that very difficult skill will reward you with lots of free damage that very few other players can get. The fact that neutral jumps are powerful means that defensive players have an opportunity to show their skill and earn good damage because of it. And every time you block instead of anti-air is an instance where you can look to improve. No player in history will get 100% of these anti-airs, but if your number is closer to 10% than it is to 50%, then that’s a skill to practice.

Sounds like a Jago did the ole jumpity, jump jump, grab, over head, face kick OKI guessing game on you. lol
It sucks I know but you just have to learn how to beat it.

Shadow countering is another option for jump ins.

You’re an Omen player right, how would you counter a jago or orchid from doing the [quote=“FallofSeraphs76, post:15, topic:21367”]
ole jumpity, jump jump, grab, over head, face kick OKI guessing game
[/quote]
On you in the corner? I usually use down H.P. Or one of the orda shields but they tend to whiff or if I do get them and try to escape from the corner either by flying or jumping I tend to eat a dp.

Neutral jump whiff punishes is as old as SFII. The archetypes in this game are all over the place, some can control air or ground better than others.

When in that situation while I playing Omen, if I’m really desperate, I would shadow slide out of there. He gets lots of meter so why not? I personally use shadow form pretty liberally too.

His Down HP is a serviceable AA but it has a large start up.

Light orda has i-Frames but they can bait it to cause me to wiff.

If I know that the Jago likes to press buttons after every jump in, I would just block high and shadow counter.

It just depends on the player and what data he has given me to base a decision on.
Ill either prepare for a tech throw, back dash, down HP, light Orda shield.

Oh yeah and what @DurtyDee810 said, shadow form or shadow slide yo asss out of there!

I usually use light Orda shield until they figure out that its coming. But honestly its a guessing game at best and sometimes it just doesnt work out in your favor.

But I was speaking more to non character dependent moves…down HP, back dash, tech throw. Since we do not know what character the OP is using…he prob doesn’t have shadow form or shadow slide at his disposal so just the basic moves is all we can offer him.