Who would be up for some Killer Instinct LEGO sets. I would!

For a minuet there I Thought you were going to suggest another crappy Lego game.

Nope. Although I do like LEGO games, I would just want to see some sets. Probably based off of stages like Ultratech Industries and Tiger’s Lair. And minifigs for most of the cast. Maybe even a BUILDABLE AGANOS

What if they went to MegaBloks instead?

I mean they already have Halo, so why not. 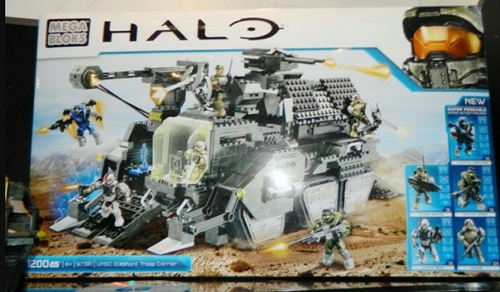 I was actually going to say the same thing. Megablocks characters are better designed, simply because they din’t stick to the basic lego people design and just make little mini figures of whatever franchise it is. I have several of the Halo figures and they are awesome! I’d love to see some KI megablocks.

What’s the point though. If I want a detailed Killer Instinct figure, I’ll buy the Ultimate Source figures. I like the LEGO figures, and the common design elements used in them.

You’re talking to someone that has both a fairly moderate Mcfarlane Halo figure collection and a pretty decent amount of Halo Megabloks. I don’t get the Megablocks because if their detail and accuracy, I get them because of their smaller scale.