Leaderboard with no wins 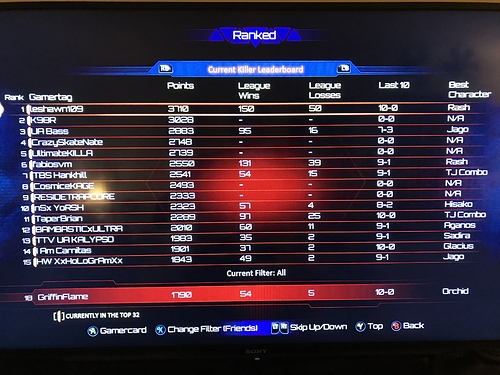 Yeah, this was weird to me too. My guess is there’s an option somewhere to hide one’s fight record.

I would assume it’s just a matter of the board not updating properly - there isn’t a way to hide your play record.

Its a known glitch within the leader board system. The devs know about it, I believe they were working on a fix at one time. But Im not entirely sure if that ever worked out. BUt those people aren’t cheating from what I understand.

Ask @KRAKENJIMMY he knows the scoop on it.

I figured it might be some obscure privacy setting, but I’m just now checking and seeing K98R’s, CosmiceKAGE’s, and RESIDETRAPCORE’s win/loss data, so it’s probably some intermittent error.

EDIT: Thought it might be happening with people actively playing and therefore updating their record, but nope on that too

RESIDETRAPCORE apparently lag switches as this was just posted today. He was suspected of it prior to the recording apparently. Here is more proof. Yes, when you dc during an ult you still get a loss, but the 2nd one was prior to that.

I was watching Bass’ stream recently and he seems to just calmly point out RESIDETRAPCORE as a lag switcher and was correctly predicting when he was going to do it.

I agree with Bass. Having fought that guy a few times, matches always go south if he thinks he’s going to lose.