After watching Kombo Klash Japan, I had a thought of KI being supported in different languages. Now, I do not know if it is locked to certain regions as most games are but in SF4 there was an option to change the font, language, or dialogue to Japanese.

So I was wondering how you, as the community, would feel about adding a feature in the settings menu to have an option to change the language for KI. I mean imagine how “C-C-COMBO BREAKER!” would sound in Japanese. Not to mention, it would probably promote KI in other regions and possible expand its audience as it can be used to better market KI.

As I said in my own thread weeks ago, there’s some inconsistencies in the localization of the game.

In Spanish and Portuguese, “hits” are translated as “golpes”

Yet in the Spanish version, when you combo, the word appears abbreviated as “golp.” (Which isn’t even the correct way to abbreviate the word).

In Portuguese, it appears as “golpes”

At first I thought there was some form of character limitation in the on-screen messages, but then I saw the portuguese version and it shows the full word just fine.

When you know it could be KILLER 24 GOLPES just like in Portuguese and it wouldn’t make your eyes bleed. 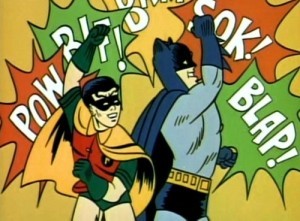 I wish there was a way to change those. I’d really switch everything to English.

You can change the text in ki to other languages all you have to do is go to settings on the dashboard and change the language and region and bam! You can play it in Japanese or what ever language you want that’s how the majority of games do it.

In-game if possible pls, others use the console too.

I wonder why the devs can’t just put this in the options menu of the game? Why does it always have to be the settings on the console.

whilst your example is perhaps rather over the top, I can see what you mean. that and having a Japanese Jago would be an interesting point for nostalgia+streetfighter references (the original Jago vocalisations sound good, but I’ve always found the Japanese SF voices to be really hyped up/over the top in comparison to the english dubs, sometimes in a bad way).

To summarise, it would be interesting to see and I’d play it in japanese at least once to see how it compared.

I am a fan of Jago, he’s always been my main. But I must say I hate his voice in KI 2013. Mike Willette did a fantastic job as an announcer, but I don’t like his take on Jago. Endokuken sounds bad, shadow endokuken sounds worse, and the hakudas and agoombas of his hit sounds are annoying.

I know it will never happen, but I really wish they’d change Jago’s voice actor completely

I never understand why they always make language a system setting rather than a user setting… But seeing that all the language stuff is there (in the game), why not just add an option for it.

To be honest, I can see where you’re coming from to an extent. However, when they voice Shadow Jago, the sounds they put in for, say, his windkick are very well thought out - “aaaaaaa-kooooooooombaaaaaaa” - as a shadow move it is good when watching for hype purposes… I once had a match where me and my opponent both went to shadow windkick the other (he played normal Jago and I played Shago). I don’t think the game was sure what to do, as everything stopped for a brief (0.1 or so of a second) time with both players yelling as they came up for the kick. It looked pretty cinematic, speaking in sound terms.

Instead of re-voicing the character and having that be the only option, perhaps they should just re-voice as an alternate “audio skin”. I brought this topic up a while ago and think it’s still relevant - they should let Jago keep the Shadow Jago voice as and current look even when Shago becomes a complete character later down the line. Helps with mirror matches and is just interesting from an audio perspective.

They could add retro sounds for characters like Fulgore, Spinal etc, to make things retro for those of us who can’t see. Language for most characters other than Hisako, Kan-Ra, Jago, TJ, Cinder, Orchid, Omen, and Aria shouldn’t be a problem though it might be good just to have them re-voiced for the different languages to make eerything consistant. That’s the real problem with MKX - they re-voice the dialogues etc I think (story mode at the very least) but they don’t re-voice the grunts, screams and other vocalisations that make up the characters, which is a real shame as it is blatently obvious if you know what you’re listening for.

I know it’d be a lot of work but it’d be good to see retro/alternate audio skins as well somehow.

they should let Jago keep the Shadow Jago voice as and current look even when Shago becomes a complete character later down the line. Helps with mirror matches and is just interesting from an audio perspective.

Sorry, but when Shadow Jago gets his update regular Jago HAS to lose the skin and voice. The voice is less of a problem, but you can’t have someone who plays as Jago looking like Shadow Jago, it would be confusing for their opponent and create an unfair situation. As a player I feel like you have to put a lot of time into learning how to fight each character, which would tie with their visuals, so having the visuals twisted like that would likely be a problem.

Let’s look at this in a different way. If you played against someone who was actually playing Glacius but was using the Thunder model, you would not be happy about it.

Also, I will never understand the interest some people have in playing a game with all the voices set to a language they don’t understand. When Thunder or Sadira speak in their native languages it’s immersive and realistic, even though I can only understand them through subtitles. Changing everyone to speak Japanese for example makes no sense to me. Max in particular seems to like to do this with both SF and Guilty Gear, and it just blows my mind why people don’t want to understand what’s being said!

I suppose that would be a nice idea, but I think all games should have a language support in-game like Gears of War 2 had whereas, you didn’t have to tweak your region just to get a text change, which you’ll have to change back after you finish. Just seems like a hassle vs just implementing it in the game.

I get what you mean about the skin. Just allowing the voice as a selection would be fine by me. Don’t forget I learn fighters by audio only, so having Shago’s current voice as an optional Jago audio skin of sorts would be fine. It would be even better as then they can do whaever they want with the new Shago but the old legacy will still be preserved.

Well let’s put this another way, then. If the current Shadow Jago voice/sounds stay with Jago but are also used for the unique Shadow Jago, would you not suffer the same confusion issues someone else would with the visuals?

Not necessarily. If I know I’ve picked the new version and the other guy starts using shadow Laser sword (which nearly every Jago will probably do at some point I reckon), then I know where I am vs where he is. it’d only be a harder match if the player was really good and kept jumping over my head etc.

I’m not saying yes and I’m not saying no to your question simply because there is no definitive answer in these matchup style situations. I’m glad you asked it though, it’s a good one to raise.

Besides, IG said they were going to re-work Shago’s voice for the new character anyway so I’d say it’s unlikely they’d leave parts of the old one in there…

@tiger gears 2 does not that feature in game.

Gears of War 2 is fully supported in Spanish so that not only is the text different, but the language also changes. It used to be a toggle feature but after a certain patch, it was made so you had to do it through the dashboard… I don’t understand why.

I’m a gamer who likes to play games in different languages and its a time waster changing the language of dashboard just to figure out what languages are supported.