King Shark as a guest character in Killer Instinct!

He appeared in The Flash TV Series! Awesome design! I think he could fit very well in the Killer Instinct’s cast. 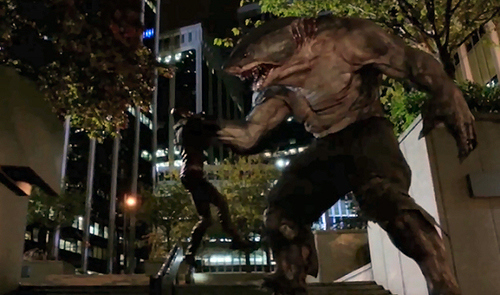 yes. Could be awesome to have an anthro shark in KI. Not as gigantic monster like Aganos but yeah, fits with the game.

That thing actually does look pretty cool, kind of reminds of Street Sharks from back in the day lol

This discrimination cannot continue in this society of ours. Every shark in media are large, fat buff sharks, there are no diversity between the various kinds of shark.
Even skinny sharks have the ability to be proud and powerful brings in their own way. Me and my constituents are outraged that skinny sharks, if they are ever used, are designated weak and worthless and portrayed as pisspoor henchmen.

Speed over power, precision over brutality, strategic over straight foreward. The great white shark has spent to long in the limelight, it’s time to let other sharks get some representation

P.s I’m mostly joking…lol…around 40% joking. I just don’t want another big shark with a great white head. Where are the mako? The goblin, the thresher. Hell the badass ninja lantern shark that was just found a while ago! Too many designs to just go with what has already been used

You’re right. We have quite a few bulky shark characters. I’d like to see a slimmer, more quick version.