Omg even the title males me lol.

But are these highlighted flood tendrils disturb me badly. 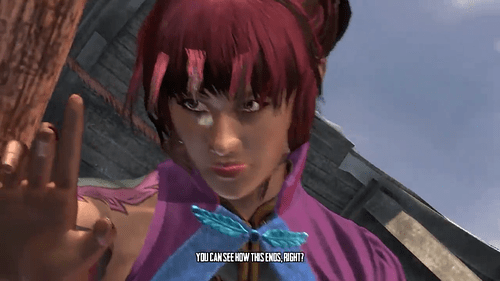 It’s alive! It’s an attack, Like Filia from Skullgirls! XD

Called a bug… Sure that will be fixed for release

I was actually looking at the pictures posted on the main page of her and thought about how her hair looked and then came to think about all complaints regarding Sadira and Orchids hair. Then went inside the forum and find this thread immediately ^^

Looks like hair took the back burner people orchid and Sadira still have the same hair!

I’m glad that Kim has a non moving head piece and an animated polygon tail it looks great in game.

Her hair is beautiful you guyz r just jealous kappa

I don’t think I will even look at her hair. Even though it is an accessory, I will be focused on the screams and rage of the other player because my nunchucks keep hitting them in the face. XD

Red, @SigmaAngelus & I will teach you the ways of the dragon, so you will not rage, but bring rage to others…

Seriously tho, we will teach you.

I mean, you are one of the people who make the coolest Kim & Jago art on the forums, and someone who draws them epic, needs to play them epic too… >.>

BUT THAT HAIR THO lol

I have launch day off so I’ll put in some lab time to come up with some day one tech, just some basic shtuffs

Are you close to getting an xbone REDZ?