I’m still unsure if Kim’s hair should be super long since she’ll most likely be doing a lot of flips, kicks and some crazy Bruce Lee nunchuck kickass type of moves xD; I do fear her having super long hair will get in the way unless it’s like an up do type of pony tail or something. I’ll show ya what i mean once the fina fan concept is done.

(hopefully if I remember tho)

I’d really love something like these to be her stage with mountains, lakes and cherry blossom trees. 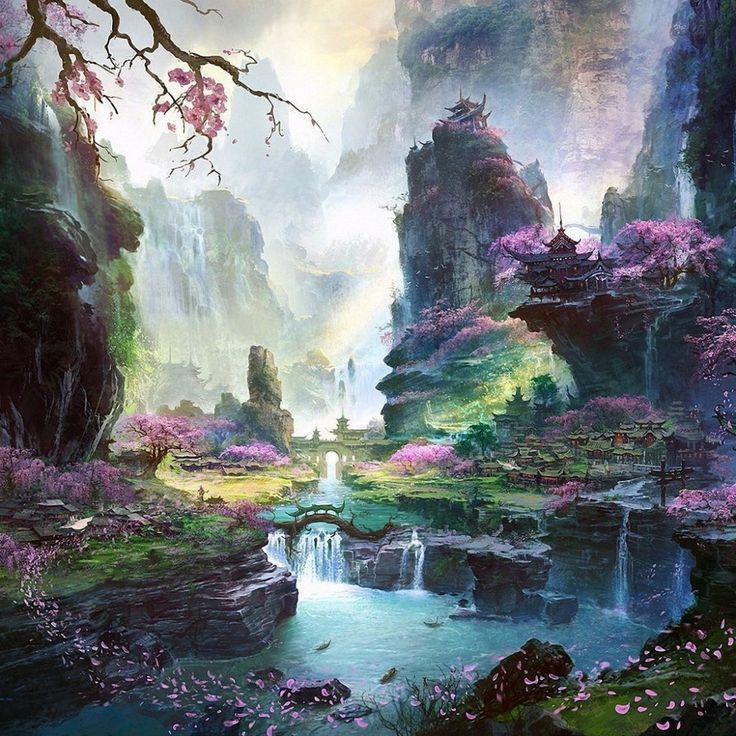 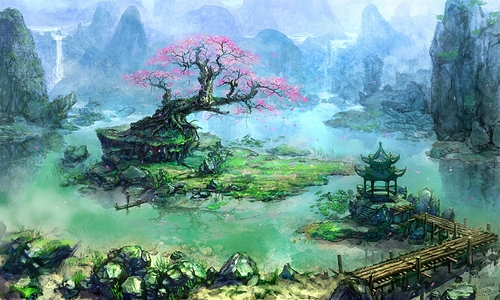 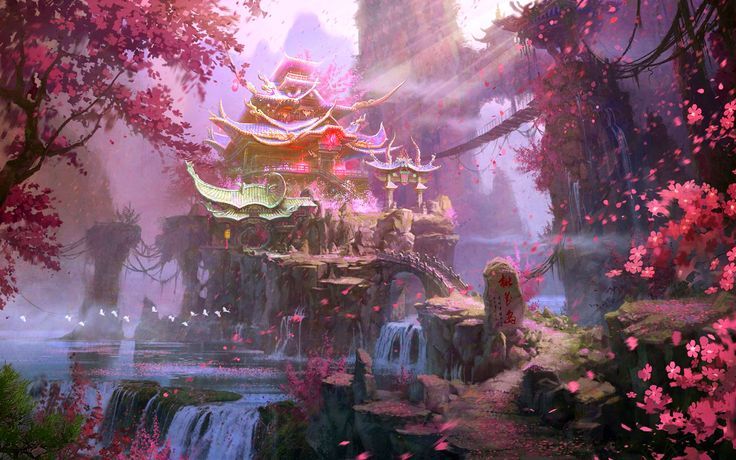 Ravan; great minds think alike look above you mate lol i got that covered with pics and video lol

Steel fantasy; i LOVE your pic its now become my dragon temple! Nice find its really enchanted and it would fit as the sacred part of my land.

RTA; i hear what you say but im thinking just to the base of the spine or just above. Watch rainbow mikas, cammys in sf5s trailers or again nuriko from heavenly sword your see her hair is the thing that gives her so much movement and flow it makes them god like.

In ki 2 is some frames its drawn really long to add extra drama. Specially on her splits kick.

-Apparence: Kim Wu’s default design could be a Bruce Lee-esque design similar to her KI2 outfit (pink with blue lines, belly top. Probably leggings instead. Head/hair would be reddish, in a more fancy ponytail.

Unlike the other cast, Kim Wu would have completely different accessories, such as a fancy dragon-esque dress. All accessories could be pink/blueish for the default colouring, and extra colors for each design.

Her hree editables (if it’s what they’re called) would be her hair, her outfit and her nun chuck.

Retro would be somewhat similar to her KI2 look, with maybe leggings attached. I could see a Chun-Li esque design and a Mai-esque design, both referencing other franchises."

-Stage and stage ultra: Courtyard with a raised platform similar to her KI2 dojo. Probably tons of trees and people that walk by?

-Combo trait: Probably something similar to what a couple have suggested about air doubles/enders. Only real issue is that TJ can do a linker knocking his opponent in the air for…combos, but probably an opener that she can use to knock people in the air or do while both are in the air.

-Moveset: I could see her retain her split kick. Shadow version could either recapture or be damaging, similar to her No Mercy in KI2 where she jumps on the opponent.
Her air fireballs would most likely be in as well.

Spirit move similar to her planned one for KI2 where if she gets knocked out there would be a third lifebar with a quarter/eighth of her health. May cost meter, time (instinct could drain over, say, 3-5 seconds and when it’s completely drained she gets a spirit move).

In all seriousness, she could be a fashion designer who made forbidden clothing giving her power? idk

My biggest concerns are that I hope she retains the following:
-Split Kicks
-Fireballs
-Fire Flower
-Air Fireballs
-A greater emphasis on nunchuck wielding

Her moveset should be based on extremely acrobatic kicks, flip kicks, and speedy nunchuck combos.

I’d like her to have her flame red hair in a high ponytail with waist length hair. It’d look cool when she’s spinning and pummeling folk.
As for her outfit a more modern interpretation of her old outfit, thing is it looks like a smaller version of chun lis with fish nets.
I’d love her stage to be set outside her dojo in a forest with the sun setting thru the trees. The next round could be with the moon rising. The light glinting on the dragon statues outside her dojo.
I want a stage with dramatic lighting changes that changes the way everything looks.

Maya rolls as well. So I don’t think that it’s something that can’t be added but have a different flavor of how it’s used.

That Dynamic lighting thing actually sounds pretty cool. The level transitions as the rounds progress or as damage builds.

Actually I think Maya has a somersault more than a roll. Just played her today. But you’re right about combo and Agonos. Also Cinder has his back roll as well. So yeah, a lot of characters do have it.

I think/hope/would like that her alternative outfit is a jumpsuit (bruce lee style) but with kim wu color scheme. 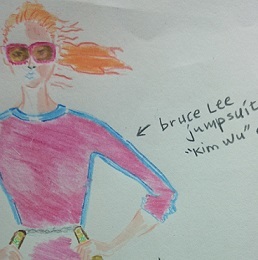 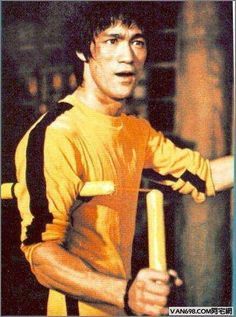 I hope that her moves involve her swinging them long after she hits or whiffs an opponent, to allow her to continue with new strikes.

It could be her instinct where she chains combos together endlessly.

Obviously, I am borrowing this idea from SC M a x i who had moves where he would continue to wield his nunchuks just to show off or start new moves.

When she does her instinct it will be similar to Jago but a Dragon image will appear.

I’m about 99.99% certain IG will include that alternate xD

Hell yes, my thoughts exactly on that too

Witch time instinct for me!

Make her go so fast everything else slows down.

man I’m just ready for the reveal. I expect her to be in KI2 form, hopefully with more kicks, and flashy nunchaku action.