What ever works for you. I can be flexible in my schedule usually.

Keep sleeping on her

But Kim’s not a very big girl… And I’m a rather large mammal.
I’d probably crush her

Also, Tiger Spirit, you shadow-countered too early and got blooped in the face for it.

But Kim’s not a very big girl… And I’m a rather large mammal.I’d probably crush her 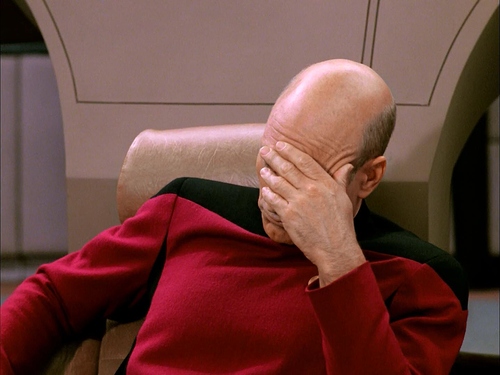 Since Keits has said they’re not touching her shadow counter because it’s an intentional weakness, does that mean they had a meeting and someone was like
"Hey guys, for kim wu balance, i think her shadow counter should be terrible, like it should whiff a lot!"
“Brilliant!”

Lol seems that way, I do think she suffers too much from it. She’s great but let’s be real here, no one is going to win a tourney with her at this rate.

She is missing a key element to help her be successful against characters like Gargos and Arbiter.

Those are some of her better matchups, what are you talking about.

Apparently not at high level.

When did a Kim Wu player get kicked out of a tournament thanks to these characters?

She never made it to those players…

Not my fault Gutter has such a good Tusk…

Kim Wu’s strengths are really just not being fully utilized, I feel. And that’s because people give up too soon with her to find where her strengths really lie.

Fair enough, I agree there.

Honestly sick of “X character has never won, so they must not be able to compete” as an argument for how balanced a character is. Kim Wu has very strong tools and options, along with some pretty pronounced weaknesses, but she’s quite able to compete. Just because Bass is a monster with Spinal or Sleep is a monster with Aria or Gargos or Arbiter or whoever, tells you very little about how viable the rest of the cast is.

People on Dolphin’s poll were saying “oh, X character looks like they need buffs b/c 30 other forum posters think they’re weak”. I’ll let you in on a secret - most of the people on the forum aren’t that good. They play for fun (which is totally fine), and by and large haven’t interrogated toolsets to any great degree outside perhaps their main. Again, that’s perfectly fine. But it does mean that what passes for “consensus” isn’t necessarily representative of what a cast member is truly capable of. People whined to high heaven when Kan-Ra got nerfed three times in a row before Sleep became a thing, saying he was already weak and no one would ever win with him. There was a mild outcry when Arbiter was released and some forum members thought he was underpowered (yep, that happened). I still argue with people about TJ, and shake my head in wonder every time “his instinct is crap” is cited as a reason for him being bad.

My point is simply that people shouldn’t be so quick to make snap judgments about characters without legitimately taking into account their toolsets and how they interact with the rest of the cast. On the flip side, they also shouldn’t be so quick to outsource their opinions to a “pro” or higher level player who has an opinion on things. People can do the research and still come up with differing opinions - fighting games are variable enough that those disagreements are exceptionally common. LCD thinks Kim is whatever that little laughing Asian face is…that’s fine. Rebelo thinks S3 TJ is balls. I happen to think they’re both wrong. LCD also used to routinely say that Orchid was trash in S2, even though her corner game was second only Omen’s, she had an invincible DP, and amazing damage potential if someone was willing to do more than a one-chance. That’s fine - LCD is a great player, and that was his take on Orchid’s tools. But it doesn’t make that take true.

Half the people claiming Kim is bad don’t even know which of her normals are plus and which are minus. She isn’t a character that can be fairly evaluated without actually understanding her at that level, and I’m tired of seeing people with no idea what they’re talking about speaking on how unviable she is. LCD at least has put in the work and can articulate his issues with her - if you can’t complain about her in more than superficial tones, then you probably shouldn’t be making sweeping judgments about how good she is.

And let me just be clear and say I mean no disrespect to @CrazyLCD and his Kim Wu. He has been playing the character near non-stop since she released and only dropped her recently. So I don’t think any of us have any reason to make fun of his judgements (though admittedly that minglee spam is getting very irritating).

But I feel like people are misunderstanding with the character is about. I’ve heard many times that Kim Wu is a footsie style character, which leads people to play her as it they’re playing SF. But this is KI, where strong offensive tools are rampant. And I can without a doubt say that Kim Wu has some of the best pressure in the game thanks to her great grab range, overhead/low mixup that’s safe, target combo meaties and frame traps, and her amazing plus on block moves. Sure, she has no safety net to fall back on, like Orchid’s grenade, but considering all her offense is safe she shouldn’t really need it. And if she has a dragon, getting in on her opponent is as easy as waiting for them to commit to something, then whiff punishing them.

Her parry is also supposed to deter people from attacking her, and I don’t feel most Kim players use the parry effectively enough to accomplish that.

Great posts about Kim. I don’t mean to come off as that guy, just sucks to see characters with potential drop them. Though I understand why, she is one of the harder characters in the cast. Heck, a majority of us play relatively easy-to-use/win characters. So, I don’t know the struggle.

Just speaking from my short experience with her and saying her shadow counter is utterly terrible. Maybe it works as her weakness sure but it’s jarring to see the animation whip a player but do nothing.

Well, at least Ostrich never let her go so we still have a great Kim player within our community.

Kim’s shadow counter is situational and isn’t great, but it isn’t terrible. You want a terrible SC, go try out S2 Maya, Aria, or Hisako. Their shadow counters were so slow that they were literally unviable on anything that wasn’t a double roundhouse.

Kim’s shadow counter is unusually limited for S3 KI, but it’s not terrible. I use it with pretty good success when I play her.

At least we haven’t found any plus on block moves that her SC doesn’t work on.