… assuming the Kim player is not terrible unlike myself

Kim vs Star Wars is a long shot.

Saw this today. Seems like Kim Wu can whiff the second nunchuk thing (backwards) and from that distance use her command grab. 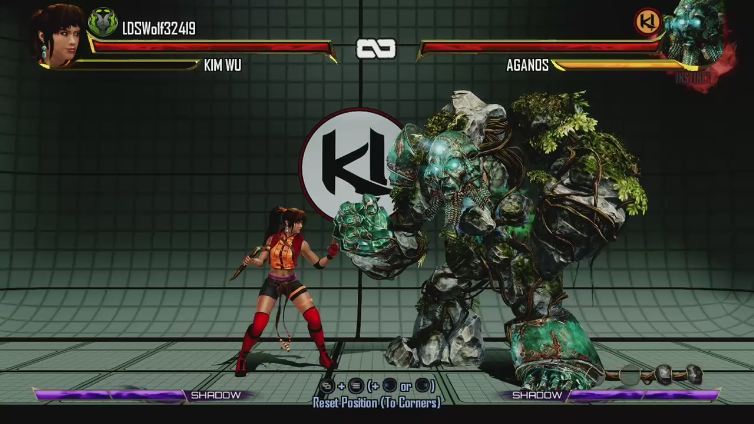 Interesting… I mean Kim is not used as much as other characters by any means there’s probably some weird glitchy tech out there that no one’s found yet.

I think I found my new life purpose.

So I watch that video it’s actually not that crazy the command grab can be linked immediately after a single hit of the light firecracker.

Depending on what strength of firecracker you use you can occasionally miss a couple of the hits depending on if they move out of range or get moved out of range. If you hit confirm a single hit of light firecracker you can link immediately to command grab which is what you see in the video here… Also following firecracker or really anything else her medium punch Auto double pulls you right in face-to-face with them which is nice for corner pressure.

You can also manual combo it into close medium kick which manual combos into light punch which combos you into kata if you so choose.

If you go into training and set blocking always on walk up close and just smash the close medium it’s tremendously fast and doesn’t push you back.

Another fun one is (I just noticed this) you can link her down forward sweep kick from any hit confirm.

Kim’s Lows are terrible but something I’ve been having some success with is crouching block and if you have a dragon you can dragon teleport (whatever it’s called) forward and you can do a modified objectively worse orchid ground slide move.

I’ve been having some luck with it

The most important thing to do is never ever block

What do you mean?

I have one for you…

Can you recreate this? 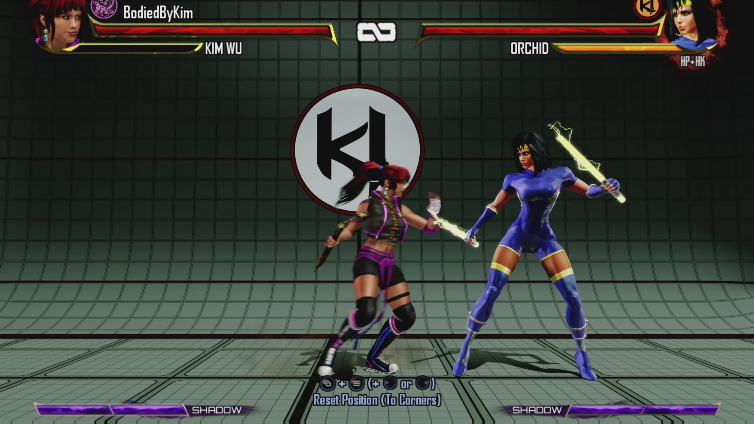 I just remembered something…

Look for a player on youtube by the name of s0undy44. On youtube, it’s just s0undy, but he posts tech and things from a multitude of characters. He plays a good bit of Cinder, but he’s a Kim tech guy as well, and he has some messed up glitchy tech he likes to use and it will catch you off guard if you aren’t careful.

His main channel doesn’t have much Kim tech, but there’s plenty of First to ten sets of him with other players. Those videos show some pretty cool stuff.

Edit: This is messed up right here. 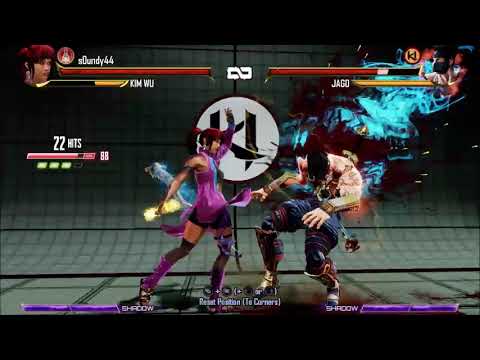 Actually plan on playing cinder this week. Is one of the only characters I haven’t touched…