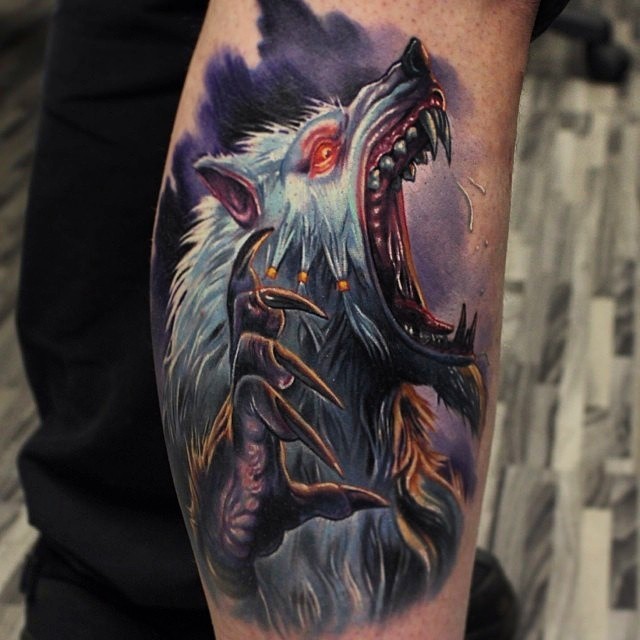 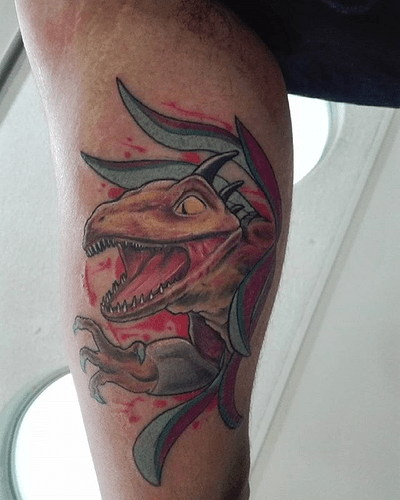 Nah. Dedication would be getting a half-body tattoo to mirror Jago’s.

I was looking for KI artwork online and found some awesome KI tattoos and fought I’d post it the top one is by Paul Acker and bottom one is by a_paint_tattoo instagram and is not permanent.

Wow, that Wulf is awesome.

Oh good, because I wanted to say that that bottom tattoo was actually kind of terrible, IMO, and doesn’t really represnt Riptor all that well, at least not compared to the quality of the 1 above it of Sabrewulf that is a real tat.

I think the bottom tattoo is representing a hatchling, the size of the teeth, it has a youthful look…

That Wulf one is sick AF! Awesome work.

Were I to get a KI tattoo, it would probably one of the logos on the character select screen that show up behind the fighters.

Either that or a full body tattoo like Jagos

Were I to get a KI tattoo, it would probably one of the logos on the character select screen that show up behind the fighters.

That actually sounds really cool! I don’t ever plan on getting a tattoo, but if that ever changes, I’m keeping your idea in mind lol

DUUUUDE. If someone gets a full body Tat like Jago’s…

I would, but I feel like you need to be beefy in order for it to look good, and well…

Gonna bump this thread. I meant to get this done when I was in the Chicago area during Combo Breaker but didn’t have the time. (I might have driven 4 hours back home then 4 hours back to get my girlfriend so we could have some adult fun in Chicago). Got this done this past Sunday. I always want videogame related tattoos but nothing so obvious. Debating on any other character icons or characters themselves as I’ll eventually have a sleeve on that arm. 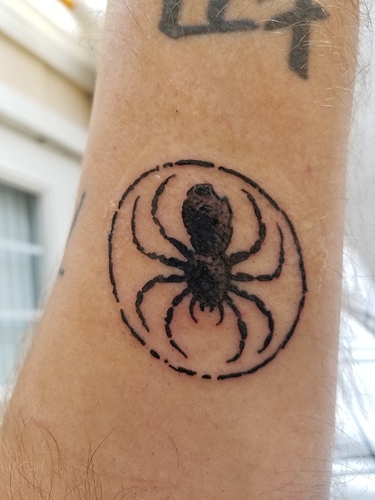