No, I’m not here to bump this older thread I made, but to give you guys something to chew on: 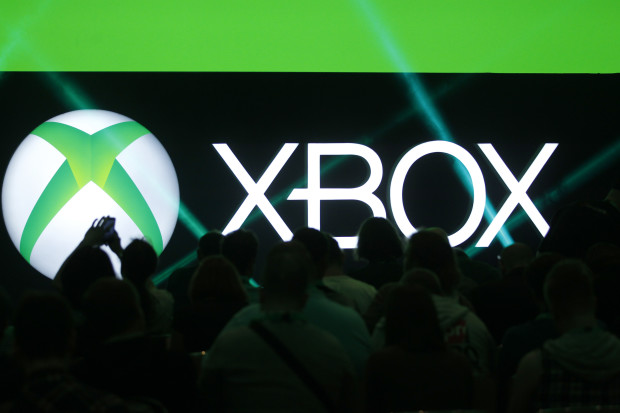 In a potentially seismic move for the video game industry, Microsoft is preparing to extend Xbox Live compatibility to several additional platforms, including Android and iOS mobile devices and the…

The Xbox platform might be moving beyond the Xbox One console & PC, allowing anyone to join in the fun on iOS, Nintendo Switch, and Android platforms soon! I’ve come to see Killer Instinct as leading the way, whether it’s as a launch title or as the first Play Anywhere game, so it’d be cool if KI made the jump so TONS of new players can join in on our favorite game.

I’m just dreaming out loud, but how awesome would it be if KI led the charge for Xbox multiplatform play with Season 4?

I saw this news on a twitter feed story the other day and was pleasantly surprised. Also considering that I just bought a Switch to play Smash Ultimate, if I’m able to utilize my Xbox Live profile instead of creating a whole new Nintendo account, as a means of convenience, I’d be for it.

As for KI on Switch, I’m not against it either technically, but the effort to port it at this point most likely won’t happen. Iron Galaxy has moved on to other projects, and the effort to port the game to a platform that technically may not be able to run it on the given hardware specs (the Switch is pretty underpowered in comparison to the Xbox One and PS4, more in line with 360 and PS3 power) may be the deciding factor.

That’s not to say it can’t happen, as there have been ports of games for the Switch most would have called impossible (Doom and Diablo 3 for Switch), but you also probably would have to consider that next gen hardware to replace the Xbox One and PS4 is already LIKELY in development, given the hints, rumors and signs to read coming from both Microsoft and Sony. MS especially is setting up their chess pieces right now, like with the news of having some functionality with Nintendo’s platform in some undisclosed fashion, buying up multiple game studios for likely exclusives, etc., in an effort to gain back some of the dominance they lost out on this console generation.

That said, with next gen hardware certainly in development, the bigger, more ambitious hope is that instead of porting the current KI to another console, we will be getting a sequel, with proper backing and hype from MS. You could hope though that if a sequel is possibly inbound, that maybe a Switch port could be in the works, and with MS and Nintendo working so closely together now, nothing really seems off the table implausible anymore.

I don’t want to rain on the parade. No question it would be a fantastic PR opportunity to put KI back on a Nintendo console and show how agreeable MS is at working woth crossplay etc. But while I love the Switch, I don’t know that it could run KI let alone an improved KI2, and I’m not sure it’s a terrific platform for the FGC. That’s not really what the Xbox Live announcement is all about either. But hey, dreams are free so why not?

From what’s been leaked so far, this sounds more like a social & utility app with the potential to facilitate cross-play and cross-saves for shared multi-platform titles like Minecraft does. I don’t think MS is going to just hand over exclusives to their competitors.

In regards to the whole switch being strong enough to run KI thing it’s definitely possible given how it’s possible to run the game on relatively weak PCs. Drop the resolution to 720 and tone down some effects and my dinosaur PC can run it so there’s no doubt the switch could with optimization. That being said this news is mainly about the social Xbox live features. They’re not bringing the Xbox library to these devices.

A chance for a KI character to appear in Smash Ultimate?

It would be good marketing, for sure. I’d love to see maybe Sadira or Cinder in the game.
As for the question of a port, they did have a canned X360 version in early development that looked decent enough, maybe they could pick it back up and adjust it for the Switch architecture. Its very late for it though, the Steam release itself was very very late into KI’s lifecycle and didn’t do much for the game and its player base. I imagine the same issues will plague this port if they do plan on it which will be akin to shooting themselves in the foot to cure a paper cut.

There is one big difference with Steam and Nintendo though…KI used to call Nintendo it’s home, along with all of Rare’s other pre-2000’s IPs. If Nintendo put the word out that they were all coming to the Switch, Nintendo fanboys would be losing their collective minds. Hell, there are a lot of Nintendo fanboys that have their heads so far in the sand I don’t think they are even aware that Rare even had a lot of those IPs. I remember a few years ago on the Wii U’s Miiverse there were several people wondering why Nintendo themselves didn’t release a new Killer Instinct.
I’d guarantee if Nintendo marketed those games as their kids that were lost in the divorce coming home for a visit, it’d go over pretty well.

Sadly, after reading several articles, it looks like Xbox Live on Switch is pretty much just for crossplay in future multiplatform games.