Kilgore's music is in the game

You can choose it in the stage select

HERE IS A TASTE

And he’s coming in 2 weeks… 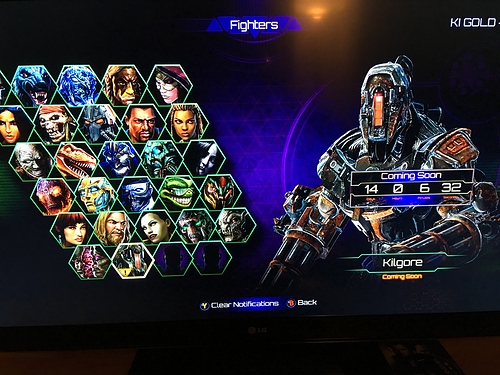 Nah can’t see that yet. But full music track is there

Is it a remix of Fulgores theme, or a brand new theme?

Totally new. I’m uploading a video… Give me a sec.

cannot even update the game lol

Ahhhh IG! You can’t have 6 rows of fighters and have 1 row with only 4 fighters.

Season 4 could go on the right.

Would mean we have a 10 character 4th season, but you wont hear me complain about that…

You can view colours on the character select screen. He has some pretty good ones.

Yep, I like them. I’m looking for footage about his accessories in SL

Hmm…sounds like they ripped it out of an Iron Man movie.

I think I take back what I said…