I’d love to expand the Ki lore with
more games that could sell. Any ideas of what you think would be a good spinoffs or good characters for spinoffs, here are my ideas!!

1.Orchid - spy game similar to PDZ
2.SPINAL - a black flag style pirate game featuring a skeleton crew.
3.Diablo style game featuring the heroes going over the course of the story.
4. A hand to hand combat rpg like KOTOR where you travel the world pick which faction you want heroes or ultratech and you can train with any of the characters.
5. Then just for fun killer kart racing LOLOL

I’m thinking… Killer Instinct, Overwatch style!
Or how about a point-and-click puzzle game where you’re Jago who has his soul taken by Gargos, so he is actually inside himself, spiritually, trying to escape the shadow that has consumed him.
Or how about a Call of Duty kind of game with Orchid’s rebellion against Ultratech forces.
Or…

Killer Instinct works as a fighting game. It could maybe work as a beat’em up game, ala Final Fight (sidescroller) or Fighting Force (3D).

I did like Death by Degrees, starring Tekken’s own Nina, so having a game like that with Orchid… maybe.

Or how about a side scroller! We could call it Jago Mythologies and make the controls super terrible and have everything kill you until you snap the disc in half!

This game doesn’t even have a firm grasp on its own lore, it would be a train wreck if we expanded it to other games. lol

How about a Five Nights of Freddy spinoff with Spinal as the main villain? He’s got the Skeleport, the Sword, the Shield and the crazy laughter! Don’t forget the way he runs too!

I’d be up for a KI based game that played similar to God of War/Castlevania LOS/Ninja Gaiden. 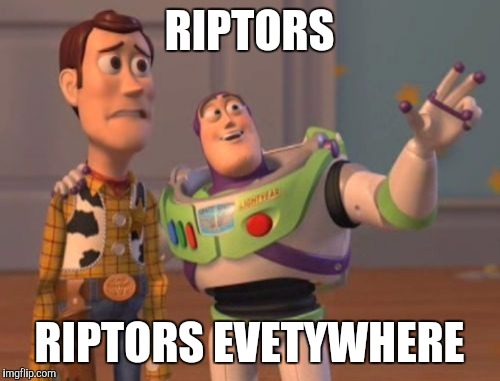 No. Biker Thunder needs to go away and never return. Have him go sit in a corner with Goblin Gargos until they can come back with less fugly retros.

Lol seriously though it’d be cool if they made like a classic beat-em-up. Could be a lower budget game kinda like Double Dragon Neon (which is amaze-bawls by the way!). Set in the same universe as the KI fighting game. Could have a few different characters. Maybe do the story of Orchid and TJ Combo infiltrating and attacking UltraTech?

Or go Bawls-to-the-Walls 3rd person action game ala DMC or Bayonetta! People who see my posts probably realize I have a thing for ARIA. Could be interesting (I think at least…) having a game where instead of switching weapons, you switch bodies to change up her fighting style. Every time you beat a boss she gets a new body added to her repertoire, with new moves.

Also she and the KI universe are dynamic enough power-wise that you could throw any sort of crazy stuff her way to fight.

Could make it Zelda-Lite too, where the new bodies could also add new traversal abilities to let her get to new areas and such…

Also throw in a love story involving Jago! I’d buy it Microsoft! You have one customer sold on it! Make it happen!

Lol j/k. Love you all like a cat loves the NIP!

I actually made a thread about this a month ago. This is what I typed up.

You know what would be very hype? If Microsoft decided to do spin off games for some of the Killer Instinct characters and I have a pretty solid pitch for one. They should do a action/adventure/hack and slash game starring Killer Instinct’s very own Jago.

It should play something akin to Ninja Gaiden and Darksiders, but I think the best inspiration would be Devil May Cry and Mortal Kombat: Shaolin Monks. Why these two games specifically? Killer Instinct core combat system centers around stringing combos. DMC and MK: Shaolin Monks have a similar system and I think that would make a wonderful foundation for this Killer Instinct game. It could also introduces “parries” or “counter breakers” as the game could call it. Introduce magic or projectiles in the game, since Jago has fireballs

Story wise, it could take place before or after Killer Instinct and could be an awesome way to expand the world of KI. Introduce new characters, have some existing characters make cameo appearances, and if they wanted to, it could be a cool way to setup future KI games.

Killer Instinct has the potential to be a very marketable franchise for MS, and best way to make it marketable is to put the property out in the open and do different and new things with the IP. I seriously hope so, because I for one would love to see more KI games in the future.

How about you guys? If you have an idea for a KI spin off game, talk about it in the comments. It would pretty cool if someone with connections with Microsoft could see these ideas and maybe pitch the idea with someone. One could hope, right?

love Killer Instinct so much, still my main game … much respect for the devs if they go for the cash grab, but personally, don’t wanna see KI milked to death

Oh no…now you have me curious…

Character Action Game, of course. Platnum Style, baby. This is a Microsoft Production, so we can spend some budget on that thing. With a charmingly stupid Story about a ridiculous Ultratech conspiracy.

Maybe, Iron Galaxy can do another Double Helix turn, and improve their reputation with a good 2D Sidescroller. Like Strider was in 2014.