Encase you do not check the NEws tab… Eighty Six released Wave 2 of the KI key chains. Id like to get em all if I can one day.

Eighty Sixed did it again. They just released some brand new killer keychains. (Sorry not sorry for that.)   But seriously. They are amazing. Take a look:     I want need them all. I can’t decide which is my favorite. Regardless, they all have the... 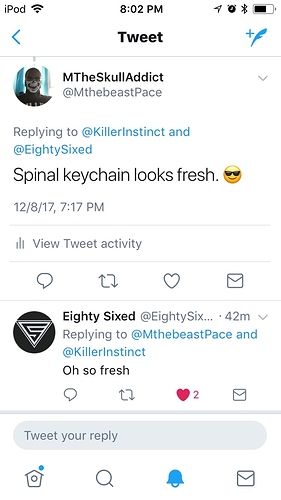 THEY HAVE A KIM WU ONE, OMG!

Interesting. Look forward to buy some.

I literally bought the Cinder one 5 mins after they tweeted that it was up. I’m pretty sure I’m the first to buy it.

I actually like the Kim Wu one!
I wish the figures were still being made. Oh well

I want them all but Ive already spent way too much money on gifts. Damn Xbox kinect adapter is running at $80 to 200$ now that MS doesnt make them or sell them anymore. Places are jacking up the damn prices! Crap like that is ridiculous. I had to get it because I already bought my son the Knect ( so he can stream KI) …Rant over

When I do get a Key chain though I really like the CInder, TJ, FUlgore, and SPinal. WHERES OMEN!!!

They only take Apple Pay or PayPal. 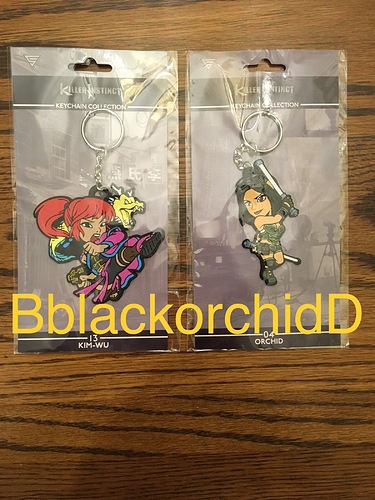