I dont know whats going on, but I’am curious. Keeping my expectations low. 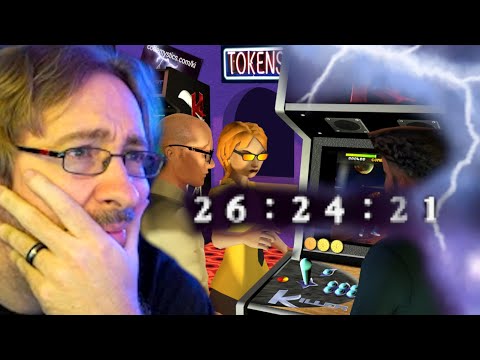 I just saw that myself. I am very curious to as what this is.

Apparently theres also a new Fulgore figurine thats been teased recently too, wonder if theres any connections there. 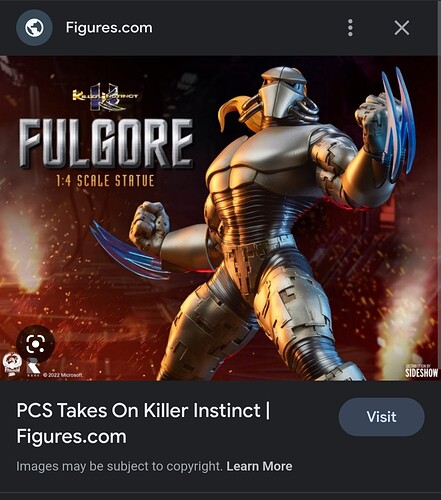 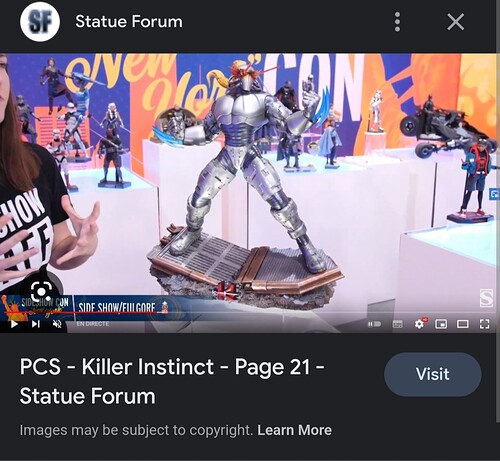 I just saw that myself. I am very curious to as what this is.

I remembered Code mystics mentioning doing something with the retro KI games.

Though I could be wrong too. But I’am curious.

A while ago a friend mentioned a leak about an Arc System Works developed KI game to me. I don’t necessarily believe it, but i do at least remember it. Don’t necessarily think they’re the right team for KI either tbh but…

If anything, Id say the rumor of Namco/Bandai developing the next KI might be more plausible imo.

Holy @hit that looks awesome! I would LOVE to see one for classic Riptor and Cinder as well.

And the countdown reveal is… After a few days of waiting on a mysterious countdown, video game developer Code Mystics has revealed some new features for the Arcade 1Up Killer Instinct cabinet.Code Mystics' KI Spectating (and more) Beta will allow users to track their ...

A small update for the Arcade 1up machines… so no new announcements, or remasters it seems.

Seems a bit wasteful to hype it up with a mysterious countdown, but they’re you go.

And the countdown reveal is…

A small update for the Arcade 1up machines… so no new announcements, or remasters it seems.

Seems a bit wasteful to hype it up with a mysterious countdown, but they’re you go.

I do agree. It’d be nice to get something major for KI.

KI Arcade 1up is nothing to sneeze at, but the countdown did get our expectations up a little bit too much. I would gladly buy this, if I had the physical space. I love Arcade 1up machines.

I mean make no mistake, my expectations were already set pretty low, so Im not really too bent out of shape from it. At best maybe a pc port of KI1 and 2 from the Xbox would’ve been my best guess, but that’s really about it.

I guess its cool for anyone who owns one of those machines for sure, but Code Mystics could’ve easily just announced it on Twitter or something, without having the ominous countdown, which for something as small as a lobby update, is just a really bizzare decision on their part.

Unless of course, the countdown itself was just another one of those “tests” to see how many people still cared about KI in general, but that’s some tin foil hat thinking at this point.

Just my two cents on the matter.