Is there a reason for Shadow Jago's low damage?

To start things off, not a fan of Shago. I like his animations but I truly hate fighting the guy. But his gameplay is all about left right high low mixups but at the same time he doesn’t get that much damage from each hit. He’s on the lower end of the spectrum like Cinder (base damage, not burn out damage).

Shago on the other hand has unsafe mixups and the safer versions juggle which aren’t easy to cash out the damage on. So what reason is there for his low damage output? What offsets it?

The reason is that his mixups are so good.

Um, the fact that he’s great at practically everything else?

So he’s a jack of all trades type of character? I don’t see a lot of high level Shago and a lot of online Shago is yolo cross up divekick/slide

His mixups without meter are high risk low reward, but that’s where it ends, in terms of actual weak spots. With meter to surge he isn’t terribly unsafe at all, and his mixups are deadly, nigh unreactable most times.

Then he has really good defense. He can zone. He can play footsies. He’s a very good all around solid character in every department.

if he wants to go all out, he has to risk it all as well, but he can play a very mean safe game.

Well 90% of shago’s are garbage to begin with so…actually 80% of the online base is a snoorefest.

His mixups are good and he’s actually pretty hard to open up because he’s always blinking around. It can be somewhat tough to open him up for a grounded combo. His gameplan is good mixups, and he does take some risks. But he is also able to STOP your gameplan, mostly by just not being where you want him to be. To balance this out, he has to open you up 1.5-3 times as much as you have to open him up in order to win.

I wouldn’t say 90% are garbage nor would I say any % is a “snooze fest”. Ive ran into some great Shago’s today and some not so great other characters as well…but that doesn’t mean the rest of that player base is garbage.

Shago is a great character and can be deadly in the right hands… he can be tricky in the hands of a new button mashing type player as well. And that’s ok… because either way… if you loose… you lost because your opponent was the better player that match… period.

His entire game is all about mixups, building metre then bursting. He pays for this offense by having poor frames. At least on paper.

In reality his mixups are garbage, hes trying to guess what YOU are going to do instead of you figuring out what hes doing. Look at a proper mixup character lime tj combo. He can take his offense anywhere he wants to once he hits you. For shago? He crosses his fingers then dmosquitobites you to death.

Speaking of damage, outside of raw reads with annihilation, youre building metre so you can make your moves safe. None of that really goes to offense hnless youre already winning.

His entire game is all about mixups, building metre then bursting. He pays for this offense by having poor frames. At least on paper.

It’s sort of normal as you move out of the beginner levels and get a good grasp of the game to hit a bump along the way where most of your opponents have a good understanding of how to fight your character and you don’t necessarily know how to fight their’s. This really highlights (to you) your characters weakness and can be frustrating. But the solution to this is not just to make the character better. It’s to make you better at understanding the matchups you are facing and how to apply your character’s strengths while minimizing their weaknesses and exploiting your opponents’.

I hope you don’t take this the wrong way. Shago is a very powerful character because he has a high percentage chance of opening the other character up. While most of his moves don’t look that great on paper (as you point out) they are more effective in the game. Why? Because he has options just about all the time and many of his moves are ambiguous and unreactable, or nearly unreactable. He also has fantastic mobility so Shago decides when to fight and when to run in essentially any matchup. He has some very simple mixups involving teleport attack/throw that are very effective and can be mixed with other tools to really lock up the opponent. His low damage really is necessary to balance these things. I’ve also come to the realization that his instinct mini-ultimate is very powerful. Not just because of the potential raw damage (which is good) but because the threat of it really removes some options from the opponent. Even better, tether lets him go 100% ham and there is very little that can be done to stop him.

Shago doesn’t need 60% damage combos. His game is to hit you with 25% combos four times while you never touch him.

dam @BigBadAndy, this is the second time running into you, but you’ve once again come up with a Thread winning Post… 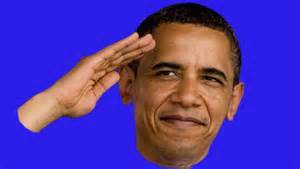 I fought a Shago last night and he tried to bank on Annihilation every round every match. I just jumped back and clobbered him in the head for a punish.But it does change how you play once he pops instinct. I really good shago can cause some trouble…you are right he doesnt need the damage to do that though.

show me how to play shago.

Because his mixups are so good AND he has decent normals and if you have no experience in the matchup against him he will eat you alive. If you don’t know the matchup that list of gimmicks that Shadow Jago does increased exponentially. Hell even if you know certain stuff are unsafe you can miss the punish OR he’s too far away because he’s a clever Shago that timed his mixup so while he’s negative he’s far enough from you that you can punish him because lol you got ■■■■ normals/stubby/slow as ■■■■.

He’s picked online because along with lag tactics make i easy for him to get easy wins using day 1 mixups.
In comp play he’s not seen as much because stability in damage and performance is favoured. Balancing him is hard because on top of his playstyle (and Omen’s) being the type that typically peeves people one errant buff and BAM Shaggy just got a safe mixup/setup or he goes full blown stupid.

Not sure about Aganos but Kim Wu is a reserved special type of bad that I don’t think Shago matches at all.

Came in only to say, Shago mid-tier not worst. Shago opens up like mad, low damage is the cost for his pretty versatile toolset.