Is going back to KI an option?

If it wasn’t for Grimmmz I would not have cared as much about KI nor would I have known any of you peeps. And surely, I would have never bought the XB1. I watched his (and vesperarcade) KI vids for half a year before I jumped in at the start of season 2.

Anyway, Grimmmz was (back) in the news…

For weeks, one of the most popular PlayerUnknown’s Battlegrounds streamers, Grimmmz, has been getting tormented not with guns or frying pans, but with car horns. Yesterday, some players gloated about “stream honking” him and posted a video as proof....

I don’t think so. He’s grown past it, and he stated in one stream that he doesnt like the way S3 was going, so he stopped playing it.

Well, the other thing is that he gets over 15,000 viewers for PUBG. He’s not going to get that streaming any fighting game, KI or otherwise. So, for his career, he should stick with games that give him huge stream numbers.

I don’t understand what was the problem in that video =\

About that player, I couldn’t play S1 at all. And I wasn’t following the scene during that time. I saw some of his gameplays way after S2 started. I still wonder how was it before S2,because I even saw some very known pro players playing KI, seemed cool.

I don’t understand what was the problem in that video =\

The PUBG drama is kind of hard to explain if you don’t play the game. But because there are so many players and because it’s a very popular game on Twitch, there’s going to be a lot of arguing and fighting and childish behavior. Grimmmz got caught up in that and had to issue an apology for a mistake he made.

I still wonder how was it before S2

I can tell you how it was.

They were playing a flawed but fun game. For many of them, it was their first ever fighting game at a serious level, so they have tons of happy memories about meeting new friends, going to tournaments, beating a famous player for the first time, etc. This is why, if you go back and watch Grimmmz footage of S1 (which I do pretty often, actually), you will see him smiling and saying “wow, nice break” a lot and genuinely having an amazing time. He loved the game he played, problems and all.

The game got better with each season (IMO) but as they became older, the happy period of their first fighting game wore off, and they started to see problems with the game that were always there, but now felt a lot worse than they did before. So they piled on the game, created a really nasty, negative atmosphere, and then they all started hating stuff that they used to love because it was now cool to hate stuff. They could no longer love the game, problems and all, like they did in S1… the community wasn’t set up for it.

And that’s why good people like Keits and Sajam have disconnected from the KI community. They are ready and willing to love the game, problems and all, but the pro player base sadly doesn’t want to do that anymore.

I don’t think so. He’s grown past it, and he stated in one stream that he doesnt like the way S3 was going, so he stopped playing it.

Another reason he said is that he’s been outta the game for so long it just mentally drains him.

I remember tuning back in to his stream when Shadow Jago became a real character. Was really enjoyable watching him. It made a nice change seeing someone generally positive streaming KI. I don’t ever see him coming back though. A number of the KI players were negative towards him and i doubt he’d ever reach the same viewer numbers playing KI full time so i don’t blame him.

He’s grown past it, and he stated in one stream that he doesnt like the way S3 was going, so he stopped playing it.

I believe he stopped playing shortly into S2 though?

Yeah, I thought it had to do with harassment during his streams, etc. maybe s3 is the reason he didn’t come back. But the reason he left in the first place was because of the hate people spewed at the game and him, iirc.

What a shame. As if there should be anything wrong with trying to promote a positive stream. Now it’s all any of us want. I used to watch KI streams almost nightly but now i don’t even bother searching. If i see Storm is streaming i’ll always tune in though.

If i see Storm is streaming i’ll always tune in though.

Don’t worry man - whenevee I get my X1 up and running again, definitely going to be streaming some more KI. This time w/ ultimates for all my characters

I believe he stopped playing shortly into S2 though?

He played pretty far into S2. He has lots of footage of his Youtube of him playing Cinder, for instance, which is the second-last S2 character (not counting Shago). So he did play for most of S2. I think overall he probably had less fun with S2 than S1, but again I think that can mostly be attributed to the things I wrote about in my last post. He had less fun because the community was less fun to be a part of.

But the reason he left in the first place was because of the hate people spewed at the game and him, iirc.

Yeah, he had a pretty public feud with some members of the KI community (whose names you’d recognize but naming them isn’t the point). A pretty fast way to stop enjoying a game is to get into petty and personal attacks with other people who are supposed to be “on your side” as a fellow KI fan. It doesn’t even matter who was in the right or wrong there (I have my opinions but, again, won’t spread it)… all that matters is thinking about and playing KI became unfun for him for primarily these reasons.

I’ve actually been watching Grimmmz S1 videos before going to bed a fair bit over the last month… I’ll just turn a random video on as I think about other things in my life and watch out of the corner of my eye. The bugs in S1 are super rampant, to the point that I can’t even believe this is the version of the game that we all loved.

Let’s go through a few! Some of these are bugs, others are quirks which aren’t really bugs but some KI members have insulted the devs over anyway:

And I’m not even mentioning other things (like odd hitbox workings, or music cutting out, or the white life system not working properly, or the game literally desynching and kicking him back to main menu) that he just brushes off.

The point is, when people fondly remember S1, this is the game they’re remembering but they were having too much fun to notice (or care about) too many of its issues. Think of how the KI community today would react to the things in these links… “that’s S3 for you” or “they shouldn’t have changed X, it was better the way it was before”. Aside from Storm and Ixion, I haven’t seen a player compliment his opponent for a sick setup or combo or match in a long time, which I found Grimmmz did almost once per match in any of that footage I linked.

So yeah, next time when you hear someone praise older games, or slander S3 for whatever reason, remember that it’s the attitude that matters, and much less the game itself. Their attitude around S1 proves that; KI S1 was the game you couldn’t afford to not be playing, because it’s too sick and the playerbase loves it too much. Now S3, a better game by many objective metrics, is the game people want to talk shi.t on in Twitch chat. And it’s our community’s fault.

By the way, if you can find immaculate grounded footsies anywhere in these videos, please let me know. 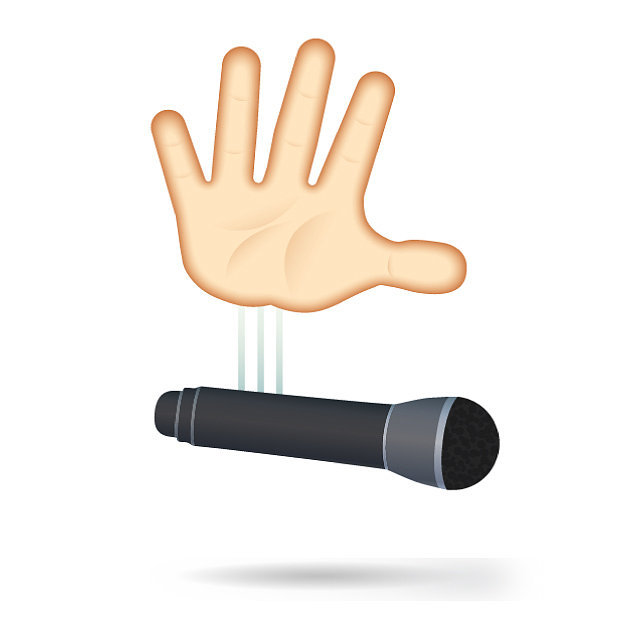 SMH damn Internet trolls have all the power. Its sad you can ruin someones day, stream, game and that’s OK. Try to do something about it and it gets worse…you are a cry baby blah blah.

You’re on the Mount Rushmore of this game.

So yeah, next time when you hear someone praise older games, or slander S3 for whatever reason, remember that it’s the attitude that matters, and much less the game itself. Their attitude around S1 proves that; KI S1 was the game you couldn’t afford to not be playing, because it’s too sick and the playerbase loves it too much. Now S3, a better game by many objective metrics, is the game people want to talk shi.t on in Twitch chat. And it’s our community’s fault.

But what happened? It seemed like everyone was in love with this game, then slowly started the ascent downwards (Though S2 was praised as well)

Surely a game with a positive outlook on it at first would keep growing if the game got support right?

No, the bitching started in S2 actually (which is amusing, as those same people who literally spent hours and hours shitting on S2 now in S3 talk about how much they loved it). About midway through the season (a bit after Riptor’s release) is when I first started to notice “wow…quit complaining and just play the game dude” from some of my previously favorite streamers.

I think a game with a lot of initial hype and and a dedicated fanbase that loves the game is guaranteed to have a healthy community, but not necessarily a large one. Most new games draw a decent amount of hype from “big” players (remember Yatagarasu, or Skullgirls?), but that doesn’t mean “the masses” will stick with it (remember Yatagarasu, or Skullgirls?) Really great games don’t automatically become hits. I absolutely love how much Skullgirls players love their game, but that’s not going to magically make their scene rival Marvel’s or SF’s. Where the KI scene was weirdly unique is that its community seemed at times to be intentionally trying to shrink itself, hating on their own game and the players who played it. Screaming “yolo” and decrying the game’s neutral like they never got hit by a wakeup in SF or ever heard the term “abare” before.

I don’t actually think any amount of positivity would have made the game’s tournament scene the equal of the big 3 (Marvel, SF, NRS). But I do think the negativity stunted the game’s overall and tournament growth, probably irreparably. KI saw growth in its major tourney numbers almost its entire life, but the smaller tournies and in-between events (stream activity, 8BBD-style things) really, really suffered from that negativity. It’s hard to break through a wall of baseless hate and trolling when someone is just starting out, and shame on those people who perpetuated that.

It’s hard to break through a wall of baseless hate and trolling when someone is just starting out, and shame on those people who perpetuated that.

Well, it’s gonna take some time, but I believe we can bounce back for sure. I love this game, and I’m not gonna see it fail.

The game has not “failed”, either here or on he tournament level. Just keep playing KI, talking about KI, and when possible competing in KI. The game isn’t “dead”, and doesn’t die as long as keep playing and enjoying it