Is being KILLER RANK worth anything?

I just made Killer not too long ago. Not because I kept getting rekt, but because I just didn’t play Ranked. Matter of fact I made it up there PDQ.

I never thought I was good…until I went to PAX. Man, seeing the multitude of folks who came up to play KI come and take me on was definitely an ego boost. Not in a bad way, but it reminded me that so often I am around forum folks, tournaments, and the top tier of KI that I forget the average joe isn’t that good at all.

I know the numbers. Yes, I do believe I am in the top tier of KI, but I do know that within that tier are mini-tiers. Once again I will refer to my college basketball life.

To play ball in high school you already had to be in the top 1% in the world for sport. I mean if you think about it, schools around me had 1,200-1,500 kids. There were 12 people on the Varsity roster for boys and girls teams. That’s not a lot of folks. You know how many of them went on to play ball in college? Well if we are talking D1, maybe 5-10 folks from each district. That’s out of like the 20 or so schools in the district. How many go on to the pros? 1% of that. I mean shoot the draft really only takes 60 folks. That’s not many.

Anyways, my point is Killer rank is much like College & pros. There’s the Killers who got in, but are sort of at the JuCo level. There are the D1 folks who are really good, but can’t quite execute at the pro level. Then add in the pros that are solid, taking local tourneys and coming to EVO to compete, but ultimately run in to the top-top tier folks like Rico, Gutter, HK Smash, and the like. The top 32 if you will. They are precise. Their precision is the stuff of legend. I can tell you what they’re doing, but the way they execute is beyond anything I am capable of.

Actually this is a good segue to remind all you forums folks that you are the “Killers” of the community even if not in rank. I’ve looked up just how much the average forum user has played, and the results are staggering. A lot of people play KI, and you’ll never hear their voices. Not knocking the vocal minority, but don’t let the forums population fool you in any way, shape, or form. This is definitely an elite crowd, and we love you all for it.

Oh well thanks for your insight dude. I definitely feel better about my rank now. I’ll keep it up.

I’m nowhere near a good player. I have people on the forums who would argue that too, but I don’t see myself as a “True” Killer.

Rukari, go for the Gold dude! Become great at the game like the big leagues! We all know you can.

He never said it was a fact. I swear, why does everyone on this forum insist on putting words in others mouths and implying things people never said?

I understand his anger and later post, I would be pissed off too. Man never stated it was an official statistic yet people want to yell fraud as if this was some court case.

Don’t do that. Giving him confidence. You’ll make him forget that he can’t legally do that.

yell fraud as if this was some court case. 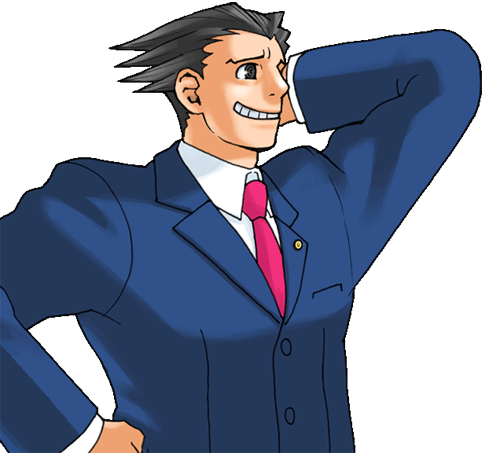 Does rukari develop this game in any form? Or is as ffiliated with MS? IG? in regards to this game?

He never said it was a fact.

It was presented as such.
"It used to mean this, but now it means this."
Thing is, it doesn’t mean that. That’s just how he feels about it, or rather, theorize it to be after doing “the math”. It’s an assumption, if anything.

I just don’t appreciate it when people make a statement when not having the sources to back it up. It’s like Trump saying “Mexicans are rapists” or “Obama is from Kenya”. It’s just fake bullshit. And understandably, when being called out on it, he got mad.

Edit: Also… Come on, man… yesterday you complained about people replying to you, though you weren’t talking to them… and now you do the same to me.
Don’t be that guy.

It was not presented as that, that is how was your interpretation.

"It used to mean this, but now it means this."Thing is, it doesn’t mean that.

Who decides what it means? Him, You, the Devs? Last time I check there was no official description for the rank of “Killer”. It can mean whatever he wants it to mean and whatever you want it to mean. My argument is not whether what he said was right or wrong.

The point is YOU implied he said it was a fact when he did not. Either you need to learn how to rephrase your rebuttals or do not be surprised when someone tells you off. I mean he wasn’t talking to you anyways so it is not like you needed to say anything at all. Nonetheless this is a public forum and you can do whatever you want but in my opinion you made the error of suggesting he said something he didn’t and understandably he reacted the way he did albeit he could have done a better job on his response.

No he’s saying that legally I cannot work for and compete in competitions in the same game. Honestly probably anything Microsoft is involved in.

I said “legally”, what does the rules of his employment have to deal with skill? He said he was good, I believed him. All I’m saying is don’t get him happy, cause he knows he can’t compete because it’s unfair for developer/affiliates to compete.

Also… Come on, man… yesterday you complained about people replying to you, though you weren’t talking to them… and now you do the same to me.Don’t be that guy.

Please quote me where I said that.

I complained on people answering questions I was asking someone else in a debate not someone commenting on my comments and/or claims. Again you incorrectly quote or put words in others mouths. Keep proving my point.

EDIT: Hilarious gif by the way, so essentially you can wrongly try correct everyone but no one can correct you? Gotcha!

Oh. Why is that if you mind me asking? That’s something I didn’t know about.

I understand. Thank you for your comment on this matter.

I didn’t see rukari before me. You’re good.

Probably because they want none employees to participate and win. It would be kind of a disadvantage to let anyone who works on the game and knows the ins and outs compete. Sort of why MS employees aren’t ever allowed to participate in MS give aways, at least that’s the fine print I read every time I enter a MS giveaway. Plus being a MS employee in itself is probably an award daily.