Just found this at deviantart: 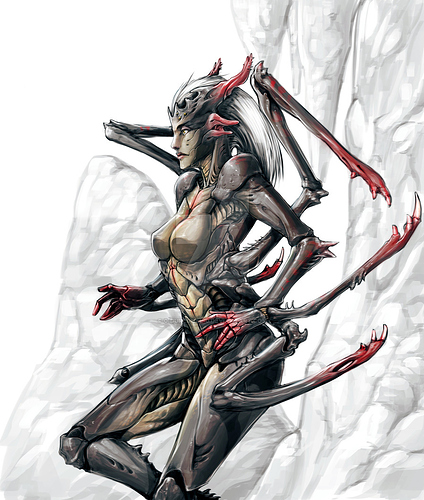 Sadira’s gameplay are very good for this game. Please don’t kill her for the next KI game. Just make her complete a metamorphosis and get healed from that deathblow of Cinder.

I just was thinking about something like that. a new sequel , where she make entrance and say
“” Ok peoples i have been killed since begin this season3 , ive lost all my powers, but now im back and ready to punish all theses peoples who enjoyed my lack of power" lol lol

Ig should make it great, really!

my first thing ill do if shes correctly rework . thats hunt all thunders players !! beginning to search ITAMASTER411 too

with that super op thunder damages ( no salt)

then jago players begining to hunt

nik milz. i need to payback all my lost because of no correct damages amount.
then all theses glacius and gargos @Dayv0 players . in one word

to all of you with super OP enders

But she never died. She’s still alive. All she got was a warning from ARIA that “if you don’t cut it out, I WILL step in and calm you down myself.”

Wait is Sadira actually part spider? I thought she was just a human who’s assassin clan trained in the use of a web like material and therefor adopted the spider theme.

lol lol this is only a concept crimson found over the net. just a idea to pass a message to iG please make it great that comeback (imo tho)

She has a magic amulet that grants her spider powers, I believe it shows up in shadow lords as an item, however that could just be a generic spider amulet. It was explained in her back story, which is pinned on her sub-category, third from the top.

In terms of her appearance, I really like her as is. I wouldn’t want her to become an anthro-spider, as KI already has an insect fighter, D’vorah.

Having said that though, that image totally rocks!

Sadira is not a spider
the item is in her abdomen

Yeah IIRC she has something that liked crawled into her and have her spider powers after she killed her groups old leader and took it.

I meant MK… I got the K right at least.

If Sadira looked like that, I would immediately cease playing her.

in the new game her retro could be her standard costume. Human look without the extra insect legs.

Give her a Juri costume. Or something similar. or just keep what she now, or something else.