Howard Lovecraft and the Frozen Kingdom

So have any of you seen this new animated film and what were your thoughts on it too?


Now from what I can clearly see just by the official trailer alone for this new animated movie, it is basically a kid/family-friendly version of H.P. Lovecraft and his works and overall of the Lovecraftian lore/mythos
1 Like
JouksNetlander January 27, 2017, 12:15pm #2 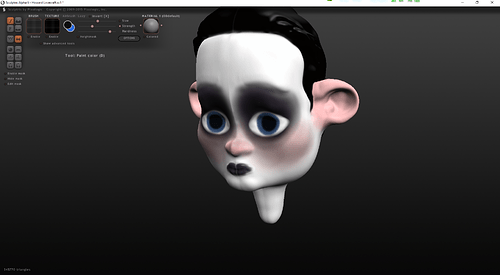 I don’t want to be a snob, but that CG is bad, like offputtingly bad and I’m not sure that trying to make the Cthulhu mythos into a family movie is going to work. The producers seem to be trying to make it cute and Burton-esque, which doesn’t seem like a good fit for Lovecraft’s work to me.

In my opinion this would be better if it was a stop motion dark fairy tale like Coraline, as opposed to “ooh, it’s a monster with an octopus head, we can have some hilarious dialogue where the boy treats him like a dog” sigh