How many mains can you maintain (no pun intended)?

I was maining Tusk and Gargos. Picked Cinder two weeks ago, was getting bodied hard. Just yesterday something in my brain has changed and started to make people RQ with him. I figured, if I finally got a grip on Cinder, I will pick up Gargos to not stay rusty… And I got rusty with him. Was barely winning, I was trying to do Third Degree strings with Gargos xD. I mashed my way to victory, but I need to re-practice a little.

So, how many characters can you switch between and play them well?

Jago and Fulgore and I pocket Hisako and Kim Wu. And I’ve gotten real rusty with fulgore due to me working on the latter two (Especially Kim. The struggle is real with her)

I’ve been leveling each character one at a time to 50 via just ranked matches. I started with spinal on season one and i had something crazy like an 85% win ratio as him, fast forward to season three and like 10 level 50’s later and my spinal is pretty much crap right now hehe. But, after like a good 2 days of non stop fighting on ranked and i can re-learn them to near maximum usage. Some characters just stick with me though like i could never forget how to win as maya, for some reason she just clicks with me and i just can’t seem to get rusty with her.

It depends. My skill level is meh so I can play a few characters at a similar level I think (Spinal, Fulgore, Mira, Gargos) but its not saying much since I don’t really excel with anybody lol

I would say I am best with Spinal and Fulgore, then my second string characters would be Mira and Gargos…and I used to have a Rash but I haven’t touched him since like April lol

Cinder used to be my main until the arrive of Lord Gargos, then i started to use Riptor because she was in my list of characters to learn. Yesterday i picked up Cinder again after 1 month and i got bodied.
But i can keep like 6 mains,( I had 6 in MK9).

So far just one- Maya. I’m working on adding Aganos and Spinal though.

I can only store two characters in my brain simultaneously for serious play. Right now it’s Aganos and RAAM.

I have no idea honestly. I keep adding characters to my picks to the point where it is a sizable portion of the roster.

What started as Jago/Shago, Wulf, and Fulgore in season 1 quickly turned into Riptor, Aganos, Omen, and Jago/Shago in season 2.

With season 3 almost done I have now become proficient with using almost all characters with a main list containing:
Riptor, Aganos, Jago, Omen, Arbiter, Gargos, RAAM, and will soon be adding Eyedol.

That is 8 mains, practically a whole season.

That being said, Riptor is usually my go to in most situations.

1 “main” since that is the character you spend the majority of your time on and by definition, there can only be one of but there are probably 4 characters I’m comfortable enough with to swap them out in place of said main.

I main orchid. But I also play aria and Maya. And I have a few pocket characters like saberwulf and spinal. It was hard playing all those characters for me honestly but some others can play alot of characters with ease. But it all depends on the player honestly.

Apart from the upcoming Eyedol, I’ve got every character across the cast to Level 50, so really I guess it comes down to who I have the most fun with.
I suppose if I had to choose my mains thus far, they’d have to be Sabrewulf, Sadira, Riptor, and Tusk. Those are the characters I tend to have the most fun with, and the ones I’ve used the most faithfully.

Sabrewulf was my first main in Season 1, and he’s still near and dear to my heart even if I’m not super good with him. He was my first character to 50, and I’ve even got the figure for him. He’s a good dog

Sadira was my very first KI character. Back when I first downloaded the freeware version she was the rotating character. She’s also probably the character I perform the best with, since her double jumps and kunai shenanigans not only helped me beat Boss Shago but also reach Killer in Season 2. She’s also my KI waifu, since I love her villainous, ever taunting personality (and booty)

Riptor was my most hyped character of Season 2. Ever since I was a kid I loved dinosaurs (I watched Jurassic Park at the age of 3, and The Land Before Time on my first X-Mas). So, a fire breathing cyborg raptor with laser claws? Right up my alley. Plus I just love her mobility and the crazy mix ups.

Tusk is a character that really speaks to me. Apart from looking like a roided out version of myself, I’ve always had a soft spot for big ■■■ swords. From Dungeons and Dragons, to anime like Inuyasha and Berserk, to Dark Souls. Add on the tartan and the bits o’ Norse mythology and I’ve got not only personal interest but familial reasons to identify with Tusk. That, and I love his big fat stupid damage~

Exclusive Jago in competitive, even if the matchup sucks, I just try. That is if I don’t get salty.

For fun, I pocket Omen, RAAM, Cinder and Wulf.

I’m decent with around 17-18 characters.

But I only feel competent with 3. Those 3 can give me good results in a lot scenarios. The rest doesn’t feel soo… competitive.

That’s my mains list. I could feel confident with any of them in their moment. I could give a good fight with, let’s say, Jago, but I lack MU knowledge and advanced skill with him. My mains are who hold this skill and knowledge

I main Sadira and ONLY Sadira.

Yet… don’t tell anybody I has a pocket Jago. 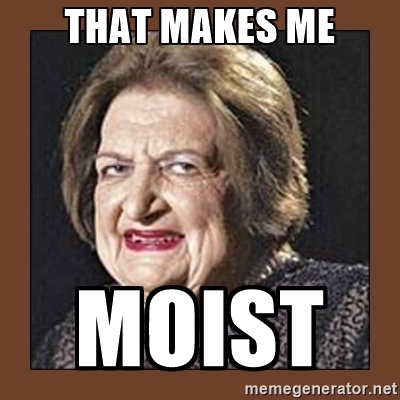