Seems like this controller is finally going “mainstream” after the fuss surrounding Daigo. This special one they are tweeting about looks so nice that I’m tempted. 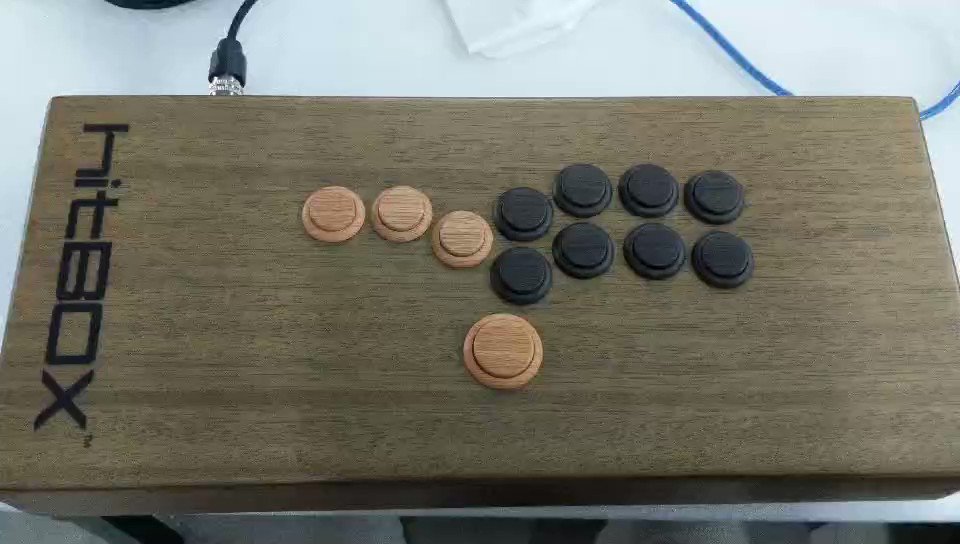 Interested in more details about the Special Edition Hit Box? Shawn shared a behind-the-scenes video of the boxes as they were being assembled! Order one today: https://t.co/gr4uOORtpc https://t.co/aS0BFQG3oi

I mostly use a fightstick out of nostalgia. It does help me greatly with multiple button presses but I actually suspect my timing and accuracy would be better and more consistent on a regular controller. I can see the clear advantage of the hitbox layout but it doesn’t have the nostalgia appeal and I doubt I will ever switch over. I’m not really losing games because of my equipment at this point.

@STORM179 you still using one of these?

Yep. Not technically “right right now”, since mine is getting modded, but still going strong with it. It’s definitely my controller of choice at this point

I also really love the Hit Box, but I’m going to be building my own custom one at some point. I want the hands separated, 3 rows of buttons (2 top for parries, 3 middle, 3 bottom) instead of 2 rows of 4 buttons, and maybe the right hand buttons a little further apart for comfort.

I can barely play on my Xbox controller, I’m so envious of you all lol.

I have two sticks that I never even touch.

I’m with you there bro… I spent all this money on a fancy smancy arcade stick, and it just sits there giving me sad eyes as I grab my Elite controller.

Lol. To be honest, I really didn’t like the Hitbox when I first got it. But I also hated my stick when I first got it, and in both cases my stubborn distaste of paying for things that I’m not going to use was the only thing that kept me going. Stuck with both of them and came to love them each in turn.

I knew it. Tiger has trancended to only using his mind to play games!

IMO starting from a blank slate the hitbox is the easiest to learn. Once you get over the fact that up and down are reversed and why that is, it becomes really easy to accurately execute what you want to do. To me the direction accuracy is second to none (well arguably keyboard is a close second since it functions the same).

All of that said I would caution anyone getting into a hitbox who is already somewhat proficient with another device that you will have a learning curve to bear. And you’re probably going to get frustrated when you’re not immediately as good as you were with your former device. It will take some time and you have to establish the muscle memory.

I’d say the hardest thing to adjust to is doing dragon punches. It’s very different from a pad or a stick and most people have spent a lot of time earning their muscle memory for those other devices so it can be a tough pill to swallow having to learn and develop that muscle memory again.