This game is so awesome! -SIGN- was really good, but lacked characters, but -REVELATOR- truly makes up for it!

My favourite character so far is Raven. Millia has always been a stable, and I also thoroughly enjoy playing Venom, and used to play as Testament who sadly isn’t in this game, but Raven is really fun to play as. Gained a new main! I really hope for a fast PC port and than I will enjoy it too… I feel the same way, SIGN lacked characters and some where not the best, in my opinion. But REVELATOR is heading in the right direction, and we got some new interesting ones such Raven and Jack-O. I’m looking forward to finally see Dizzy in action, also.

Gonna go out and get this today.

Will probably stick to playing May though

Man the more I see Max play this on his stream the more I want to buy a PS4 just for this game.

I don’t own a PS4, but I would LOVE to play this game! The tutorial is my favorite of any fighting game ever, even KI.

I’ve already clocked in more hours playing this then I have played SFV since it launched.

Ill get it online. I cant stand having to get up to change a cd for a game and stepping on/ scratching etc
Cant wait

its not ps4 exclusive its also on ps3.

Unfortunately, don’t have a ps3 either. bummer…

If you ever grab a PS3 or PS4 at some point, I can definitely recommend this game. ^^ 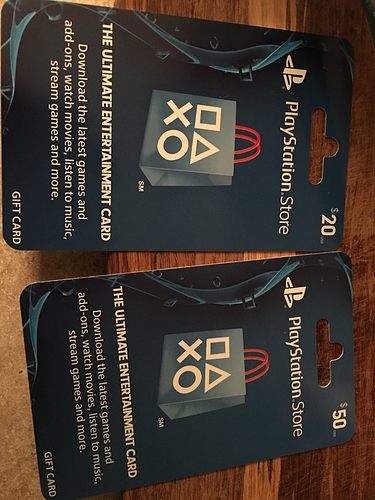 just purchased my cards for guilty gear xrd revelator!!!
Also have enough to to buy my premium Rashid Cammy and ChunLi costumes for SFV

Oh, are they out now?

I don’t support direct payments from my personal credit cards

Just picked it up, and I AM BAD! I honestly thought it would not be so hard at the beginning but I am terrible at Revelator. This is one of the only Anime fighters I have ever played and I really need to improve. I’m trying to learn Slayer and I guess the only real way to improve is fight people and loose a ton. After all, that’s how I learned KI.

Just so you all know, I’m signed up to play this at EVO and I only played it once at CEO lol.

I played Leo in -SIGN- btw. Leo is sick.

Does this game have combo challenges or trials?

The first one did so this one should too.