The gameplay feels EXTREMELY polished, far better than s2. The game have the feel of a “new game”

Graphics are gourgeous, really beautiful. Purple shadows are stylish, and the lvl4 enders isnt so bad.

They removed one of the hypest thing about ki: ULTRAAAAAAAAAA scream is no more. They removed.
I tried everything.

Im really sad cose of that, little details is what make a game special… Removing things for no reason isnt right.

I hope the voice is there and has different requeriments…

The game overall feels TONS better. I can’t play the S3 characters yet, as I can’t afford it before Thursday, but I am experiencing the new season with Orchid atm… And I love it!

People say the graphics have been downgraded in some places, but… I don’t see it. It still looks so beautiful to me. I’m playing on my Xbox One, so I don’t know if it is different for PC players, but it doesn’t look downgraded to me.

And also, I see people saying that Manuals are now easier to use or something? I still can’t do them though. I might practise more. XD

It’s also cool that in the CPU VS CPU mode, you can choose the S3 characters even if you haven’t bought the S3 edition yet, so you can at least see how they play. That’s neat, imo.

They removed one of the most hype thing about ki: ULTRAAAAAA scream is no more. They removed. I tried everything.

If this is true why IG why?

If they removed indeed… Man…

Damn one of my favorite parts of the game.

Well they can always put it back in.

Yeah that is missing isn’t it…

Yes, the most badass thing in the game.
Gone.

You make it sound like it’s the end of the world.

But it is for me.
Memorable.

Bring back ULTRAAAAAAA or we riot

I can’t be the end of the world man…It’s too silly to worry over.

Edit: I’m gonna remove my self from this thread. I’m sorry if offended you.

Actually it was very generous for him to let those of us without the game know. Not everything is intended to be negative.

But it is for me. Memorable.

For me it is really important, period. 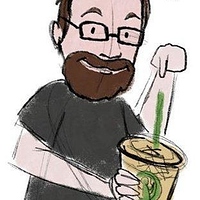 Hey all - this is a bug. We're looking into it.

Yeah it’s memorable to a lot of folks. I even have it as one of my phone notifications. That doesn’t mean he thinks it the “end of the world.” You unintentionally made his observation sound worse than it was.

Edit saw the post the above hopefully they take off it.