Getting over plateaus or stagnation

So getting over a skill plateau… Do you ever get stuck and where do you gain the most value in terms of practicing new tech or changing strategy with how you play a character?

And finally was there a character you did poorly with only because you were using strategy that simply didn’t work for that character or just didn’t work for the two of you. An example would be a patient countering jago versus going with a more rush-down strategy?

We all go through periods of time of stagnation.

You will always get more value fighting live people versus just training mode. Training mode is great for learning tech, but being able to apply it in an actual match is a whole other story. Besides Ranked, arranging long sets in Exhibition is also a good way to get practice.

In terms of stagnation. There are various reasons you hit a plateau. One reason is the character is simply not for you. When I first started playing KI 2013, I was a huge Sabrewulf fan. I loved the character, however he never really felt interesting for me. I loved that I was using a werewolf, but that was it. I had been watching a player, Heliumhead who was a Sadira main, and after seeing some of the tech he was doing, I started dabbling with Sadira. It was a match made in heaven ever since.

Sometimes you become stagnant because you are being mismatched with players who are too low of skill level or too high. If fights are too easy, you might over inflate your own skill. If you keep running into god-tier players, you might feel that you are under skilled. If I’m fighting someone who I know is less skilled than me, I will work on an alt character I’ve been trying to learn. If I’m playing against a high skilled player, I set achievements to work towards. I may not win the match, but will I take a life bar? Will I force this player to push themselves? Things like that.

Sometimes you become stagnant because you force yourself to play your fav character against alt characters that have way too much advantage. Nothing like playing against a player who’s using a character that has all the tools to shut you down. Killer Instinct doesn’t have too many really awful match ups, but they do exist.

Sometimes its better to learn a different character to help with a bad MU versus trying to make it work. Kim Wu, as an example, has a really bad MU versus Aganos. It’s one of the worse MUs in the game. It would benefit you to learn a counter to Aganos or at least a character that does better than Kim.

Finding a secondary or third character to learn will help with your stagnation, as they will challenge you in different ways, and help you improve your over all performance.

Don’t feel bad because you don’t think you’re improving any more. Sometimes you will improve by leaps and bounds. Sometimes it will be baby steps. If you keep playing and pushing yourself, you will get better.

Speaking of my wifey, is there a reliable Kim matchup tier list out there? I see matchup threads but a lot of them are dated.

Actually I’d love to see one that you think is fairly reliable for all the characters.

You will find up to date info here as well as glean matchup knowledge.

I think I found at least part of the reason for the plateau. fatigue. I played a few long exhibition sets and towards the end huge decrease in win rate. played something like 50 matches+

normally when I do play I tend to get sucked in and then I realize I haven’t slept… I’m not exactly playing first thing in the morning when I’m most well rested.

Yeah it does require some concentration. When I play long sets I get tired haha.

I’ve been wanting to comment on this for so long cause this has happened to me multiple times, with several fighting games, and the experience is always the same, but how I answer is different.

Like @WebNRagnarok said, we all hit moments where our current abilities feel like they aren’t growing and are just stagnating. Different modes will provide various avenues of growth, though they don’t always show that growth at the same pace, and even that can change too. Sometimes practice provides the most growth for your time, sometimes online matches and sets will grant you better improvement. The situation will vary constantly.

Sometimes the reason for plateaus is because a character isn’t meshing with you, sometimes it’s because one bad matchup makes your character feel underpowered and hopeless (been there A LOT) especially when other players who use the same character seem to have far less trouble with the same character than you do. The “grass is greener on the other side” mentality (sound familiar @WebNRagnarok ?) can keep us from realizing what were capable with using our current character and instead makes us focus on the flaws, and with that mindset, you will not get better.

Sometimes, the reason for stagnation is because our approach to solving the problem requires a change itself. You can’t always brute force it by playing large numbers of online matches or spend forever in training, and this is where fighting players are usually filtered out. Those with imagination will create new solutions to a problem, or look at the assumptions they make in solving the problem, only to find that some of those basic assumptions may need to be discarded.

I used to think to fighting gargos was a huge chore, and definitely one of my worst matchups with cinder, so I have experimented with new approaches to the problem. One of the worst tendencies I have is I like to engage, but Cinder doesn’t always have a safe way to engage opponents, so in those instances, a little patience and creativity pays off, and I gotta say, I’m using some tactics now that have changed how I approach Gargos to a good deal of success, so now I just gotta practice that and perfect it.

Sometimes, a bad MU is gonna be simply too hard to overcome sometimes, so many of us do have “pocket mains” or “sides” we pull out to compliment our characters to taken on all MUs. You do need to make sure though your pocket main/side meshes with you the same way your main does. It’s a difficult task, but usually there’s one or two characters you can work with. For me, there are LOTS of characters I do like playing (and equally as many I hate using), so sometimes, I use Rash or Thunder to take on Gargos, and that’s a MUCH better time for me.

Sometimes, you’re right, it’s easy to get fatigued. You’re too focused in on the problem trying to solve it, but you have to zoom out and step back before a solution can present itself. The tired mind can’t think clearly, so breaks help us to step back and re-examine.

In the end, when you feel like you hit a plateau, you have to ask yourself a series of questions (read this in an article on shoryuken a long time ago btw). First, admit you’ve hit a plateau, because if you can’t admit you have a problem, you’ll never have the humility to face it and overcome it. Second ask yourself, is it worth it to try and get better? If it is worth the effort to you to get better, then you’ve committed yourself.

Example: I like Halo a lot, but I’ll never be a tournament level player who wins money off the game, so I’m gonna have to accept I can’t win them all. I can’t dedicate lots of time to learning the game on the same level as tourney players, and I’m not interesting in recruiting a team of randos online to beat the odds. So I’m gonna just have to deal with I can “git gud” but I’ll never be some Halo god because to me, the level of commitment I need to get there isn’t worth it. Same with fighting games, I like playing Netherrealm studios games sometimes, but I don’t like them enough to really get that great, but street fighter, KI, Guilty Gear, and some others meant a lot to me to wanna up my game to compete on the level. Be sure it’s what you want. Each new level of skill requires a new dedication to becoming better.

To answer your last question, I love using Cinder’s mobility to control the pacing of the match, but there are times where patience will pay off more than relentless engagement, to I’ve used mismatched strategies with him many times. A patient Cinder? Probably a ridiculous thought to many people, but you’d be surprised at the results it gets sometimes…

I don’t know if I really provided anything of value here with my text wall, but hopefully there’s something of value for you in it. I guess if you have a follow up you can ask. Lately my new situation has stabilized somewhat so I’m getting back into a good flow of things and can hopefully engage on here a bit more now and then.

Yeah it does require some concentration. When I play long sets I get tired haha.

If I ever hit a wall with a character I was learning, I discovered that going back into the Dojo and really studying the list of moves a fighter has to find one that I was either ignoring or underutilizing and adding it to my playstyle really helped.

For example, I used to refer to Riptor’s overhead flip move (Tail Flip) as the “YOLO flip” as it didn’t seem to work very well for me- until I practiced it, and took the time to understand to look for the best time to surprise an opponent with a Tail Flip by striking low quite a bit with pokes and tail sweeps, and going high when they least expect it to be rewarded with a meaty combo. Now Tail Flip is just another tool in my arsenal, and I play that much better because of the extra option. 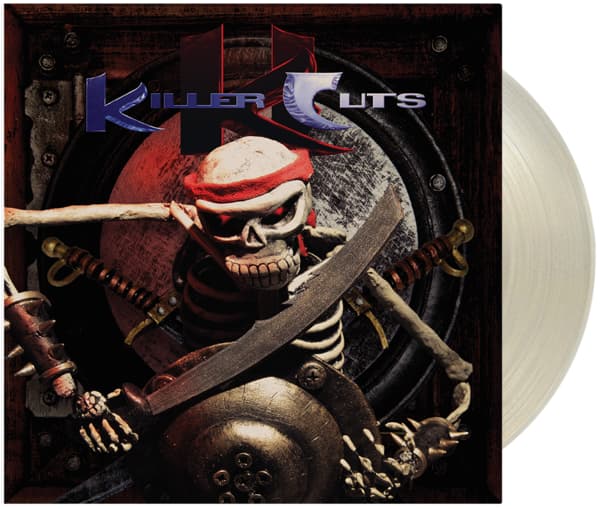