I think this is a very difficult stage to accomplish. The background is in constant motion, the landscape is always different, and the sky is getting darker and blacker. At the end of the match is almost night. more Reaver in the sky, fired missiles on our convoy. The Kryll coat the sunset. Is Raam’s time. 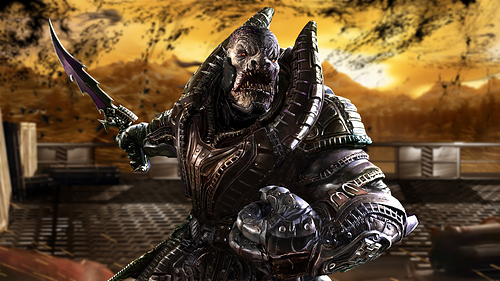 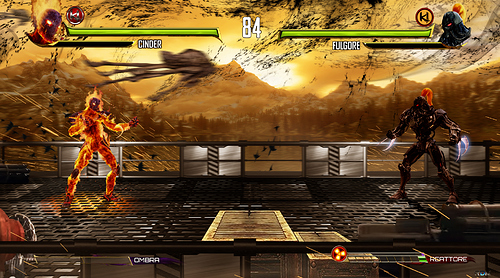 concepts and great ideas such as these just make me salty. salty that we can’t get the stages and now poorly executed ultimates

You could always have the background loop after about 20 seconds.

I’ve always imagines General RAAM’s stage as a large underground cavern filled with the strange underground beasts from the Gears of War series like the Serapede and Wretches, and when the round hits mid-match, a wave of imulsion explodes through the far wall that leaves the fighters on an “island” of cave floor to fight on. It would illuminate the stage in glowing neon yellow, scare away the “normal” cave dwelling creatures, and their lambent counterparts would take their place wherever dry land still existed, like this lambent Wretch: 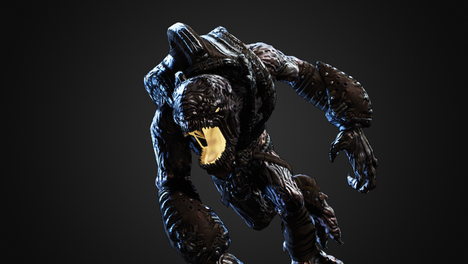 To top it all off, the Stage Ultra would involve a lambent Corpser grabbing the loser, and dragging them into the river of ultra-acidic imulsion! 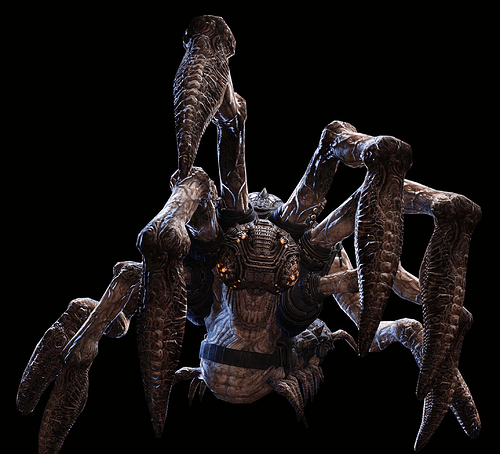 Raam’s stage starts at the end of the match:
Kryll’s create an artificial night, nemacyst invade the sky, the tank loses fuel and flashes, the flames flush toward some containers.

Great job @Ravan86. This would be awesome.

Looks great, I like the idea of a never ending stage yet there are still boundaries on the edges of the train car. the back ground moves but the car/ fight plane doesnt.

But unfortunately the guests will never get stages so no need to get any hopes up and then get upset.

Dood, “THE DREAM IS NOT DEAD!”

But unfortunately the guests will never get stages

Ummm, the Arbiter has one. It’s easy to forget since it’s been there so long but yeah

Please IG give us a RAAM stage

Please hire this dude and let him make stages.

Right but none of the current guest or other characters are getting a stage. Its wishful thinking but it isnt gonna happen. If it does Id be very surprised, but Id rather the resources be put towards a new KI sequel. This one is coming to an end.

I’d rather they even and smooth out all of this games edges before even thinking of a sequel. Besides, it would seem like a waste to put forth stuff like ults new characters etc. just to announce a sequel sometime this year. This game needs to reach completion which I believe hasn’t been achieved yet still, and stages for at least the original and new characters would help with that unfinished feel of the game. Just what I think at least

This would be an INCREDIBLE stage. I’d love to see it happen.

What would KI’s sequel serve? Would it be better than this? Or we would have a KI without all the characters we know, again problems with no mercy, again problems with number of stages … all over again. I do not think I could follow it, I think I would abandon the game. Before thinking of a sequel, you have to complete this. Arrange number of stages, complete ultimates, the most important things. If they add a season 4, it means new characters without stage. I prefer then stop new characters. And devote themselves to balance and number of stages. We had 2 reworked, ideas ended.

This game is as complete as it’s going to get.The sooner you understand that,the better off you will be.