Game works on an i5 Surface Book!

I ran the performance test, and it just barely failed for ranked play, so I bumped the resolution down by one from 720 to 5-something and now it passes. Everything is set to low, but it totally works. This is making me a very happy person.

I have the i5 model with the GPU in it. I doubt it works in the lesser models, but any other ones should be fine I’m guessing.

Great job on the optimizations IG!

got any footage of it working, to see how it looks visually? I would be curious to see the way it looks and performs.

I might be able to grab a screen after work later tonight. I’ve never tried capturing video, and I assume it would make the game drop framerate at these specs wouldn’t it? I’ll take a quick look just in case.

Slightly off topic but related, would you be willing to provide instructions on how to bump the resolution/graphics settings down to their lowest - running this on an I7 but it doesn’t have an external graphics card. The game runs, but it’s pretty much unplayable. Any help on this would be much appreciated as I can’t see the options myself and haven’t found reference to modification with an INI file or the like.

All I did was go to singleplayer->Help+Options->graphics. Everything was already set to low (i assume it does an auto detect at some point). The resolution was at 720, and when I ran the performance test, everything looked smooth, but the test said I failed for ranked play, so I went back to graphics options and bumped it down by one. Then I was able to pass. I wasn’t aware that there were i7 Surface books that didn’t have a GPU… Without one I’m not sure how hopeful you should be, but I wish you luck!

Also, this being a windows store app, I don’t think you’ll be able to modify anything. INI files just don’t exist unfortunately.

Here’s a partial screenshot. It wouldn’t let me upload a full one because it was too big. To be honest, I think the shot looks terrible compared to actually playing the game. I guess it just looks way better in motion. And again, the most important part is that it really runs well. Sorry it took me a while to remember to grab it after I started playing 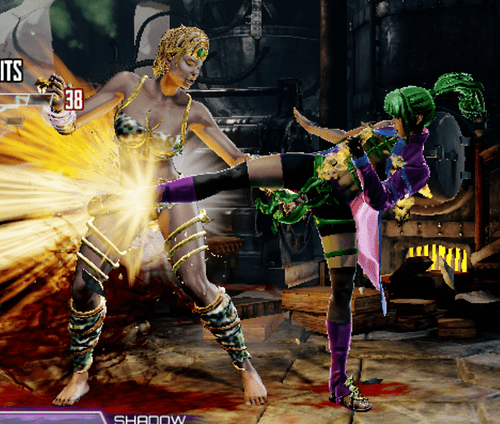 i can’t even launch my game on my i7 surface book, why?
take me forever to wait under the black-screen (right after the KI logo shown up)

Trying to run the game on a notebook won’t be the best way to play this game,you need a mid range PC with a dedicated graphics card or an XB1 console.

@PALInXBOXONE - I don’t think you’re alone with that bug. It’s probably not your Surface Book, though I do wonder what speed that i7 is. If it’s not at 2.6 then it comes down to how well they supported multi-core. But then again, I suppose that would leave you with a bad framerate, not a frozen game at launch. Hopefully it gets sorted out for you soon.