I see too many Sadira players saying either she has no ground game, or ignoring neutral completely either with web cling or MWB. Really though if you play neutral well with Sadira you’ll find that she is extremely good. She has great footsies, AA, and her double jump makes for great Air to Airs. If you use fundamentals instead of ignoring them you’ll find Sadira is a much better character than you think she is.

i gotta get this going again for sure. her normals are good, that fierce kick of hers has good range and her st.FP. medium kick also a good poke, cr.LK too. st.MP stuffs out things as well

Hold on a second…You can use fundamentals in KI? Woooo–Mind Blown!

well its official Web Nation, i now totally suck with Sadira. i got myself a horrifying case of ring rust!

Try playing without instinct in ranked and every time you get the knock down, back off and do not go on offence.

got it, i also forgot all the instinct combos lol. need to practice hard 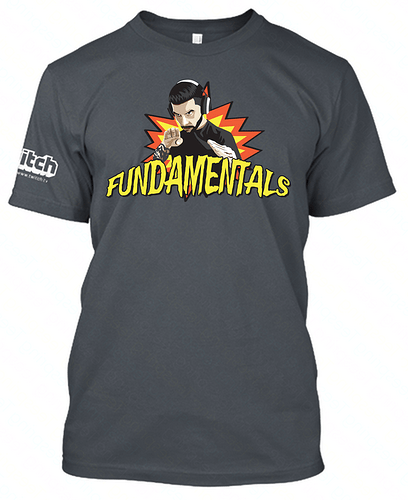 Just take one thing at a time. Focus on one thing (like anti airs and footsies) than once you’ve mastered it or at least gotten good at it, move to the next thing

tried to stay objective but the fights just kept me from doing so lol. i even lost to a runaway jago, i never lose to those anymore (well didnt…)

I see too many Sadira players saying either she has no ground game, or ignoring neutral completely either with web cling or MWB.

Sadira’s got solid ground game, and I agree that it seems to be under-utilized. The scariest Sadiras I come across are utilizing her footsies, and not staying constantly airborne.

Of course the fights keep you from doing so. You will lose. But once you start to win you start to become a strong player, as you can win with only fundementals.

yeah i know, im just having a hard time. my age is showing, i cant just pick up a fighting game and go back to A+ game immediately. i need to start all over again :\ my 20s self would be lol’ing at me right now.

marble, i win alot more with hisako than i do with sadie. that is a bad thing for me lol, my tertiary (fulgore is my 2nd) shouldnt be winning more than my main!

i win alot more with hisako than i do with sadie

I think us Hisako players get lucky often. I consistently run into players that have no idea how to handle Hisako. I always feel bad when I win that way, it feels predatory

that is the idea! i love it when i totally ■■■■ somebody up. just counter after counter, command grabs, stupid weirdly timed combos, catching them with insta-air ORZ at 100% wrath. list goes on lol.

but sadie? ■■■■ i need to re-learn everything again. 1 step at a time, i did get back to my old self and had a jago all twisted around with no clue wtf to do but that was short lived. back to losing several in a row