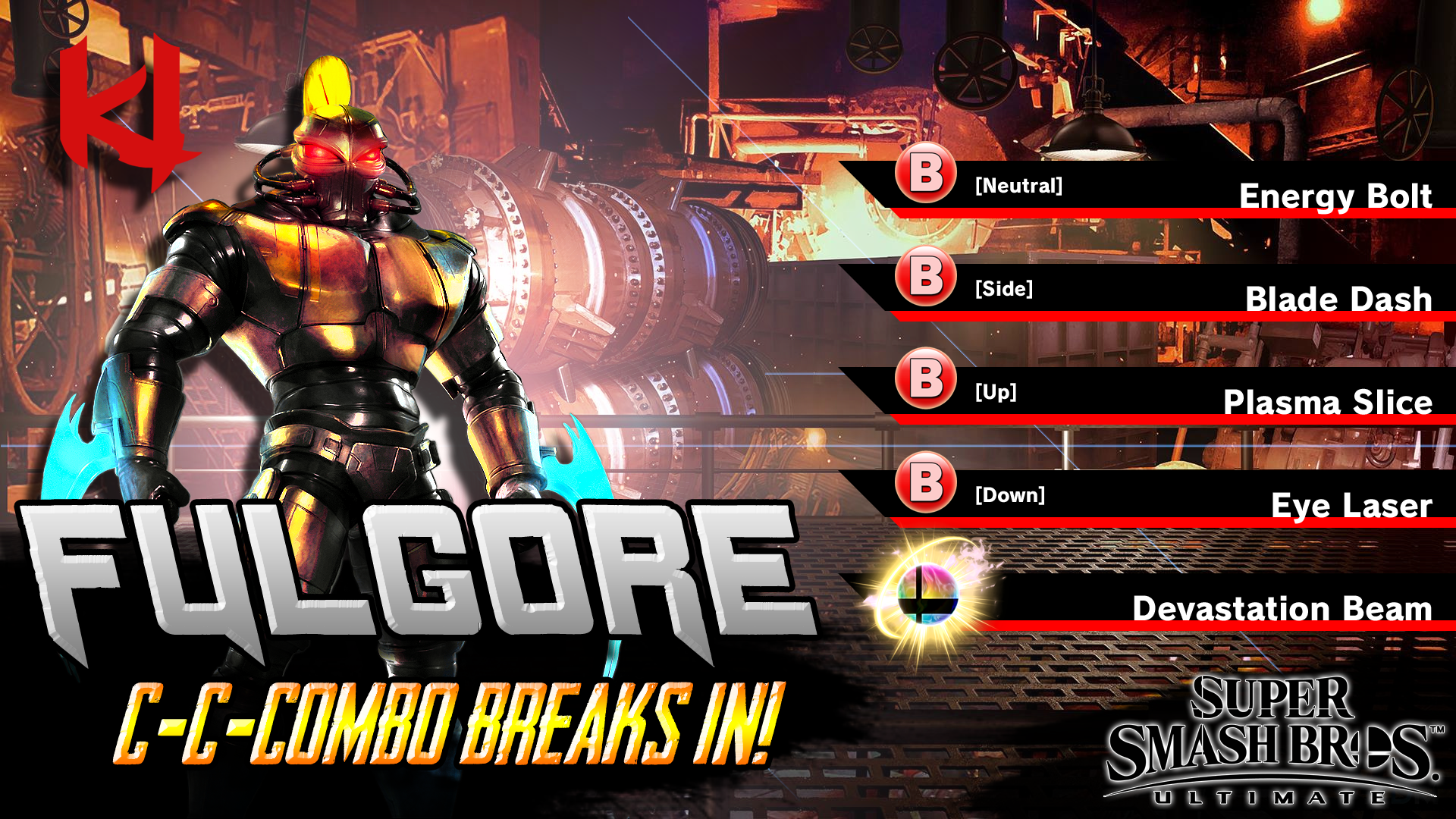 Hey guys,the following information below is my concept information and moveset for Fulgore from Killer Instinct. It includes tagline, character info, moveset, and some trivia. The bulk of this information comes from KI’s move lists, character bio, and KI wiki pages.

“The antagonist of Killer Instinct. He is an incredibly strong zoner and incredibly well-versed in rushdown, and can switch between the two at will.”

Fulgore (フルゴレ, Fulgore) is a playable character in Super Smash Bros. Ultimate. He was announced as a newcomer for the game. Fulgore will once again be voiced by Jean-Edouard Miclot, albeit with recycled voice clips.

So that’s my entire concept for Fulgore as a DLC Fighter for SSBU. What do you guys think and what else could be added or changed?
Discuss it down below.