For those who haven’t seen it, top 4 of this years Frosty Faustings.

The grand finals has two characters you do not see there very often. 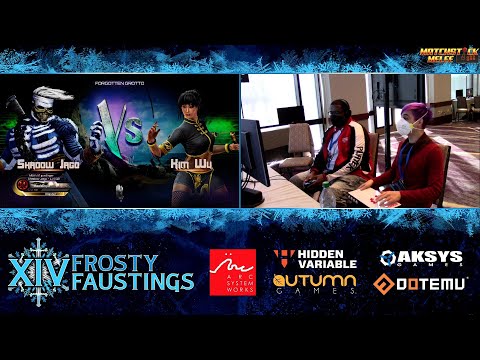 Wow, I don’t know that Kim Wu has won many tournaments before.

I want to say she hasn’t, but others would need to confirm.

IIRC SonicDolphin got very far with Kim a bunch of times, though he did best when using Arbiter in combination.

SneerfulWater is a very good Kim player as well. I think he’s the one who discovered that nutty 70+% counter-breaker trick she has.