Yeah it’s been requested in the past to flip Hisako’s character select icon so her head is tiled in a similar way to the other characters. Hopefully they make the change as although it’s a minor thing it sticks out as inconsistent.

While I initially agreed with the OP on this topic, after reading this, I can see your point. Her head may be tilted 1 way, but with her hair in front of her eyes the way it is, she has to be staring in the other direction, otherwise she wouldn’t be able to see. Especially with Maya, who I admit, I didn’t notice, like you said, the way it’s positioned makes a lot of sense.

In any case, at this point, whether they change it or not, I’m kind of neutral to it either way. I’ll be happy with both options.

I feel it fits her because she as a ghost is a bit off. You can see it in the way she moves, chrouches, etc… Out of touch with reality.

That said, she does indeed look the right way, she just does it her way…

Her head is tilting right but she is in fact looking left.

No I’m pretty sure she is looking to the right. 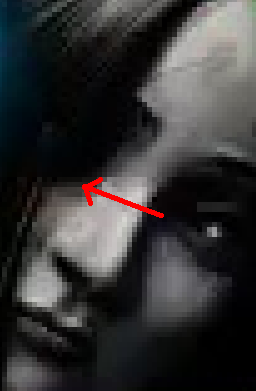 I don’t see it, I see her facing right.

She’s facing right, but her eyes are looking to the left.

Still don’t see it, I see her facing, looking, whatever to the right and facing off against Cinder.

She’s totally looking straight at us

The great “which direction is Hisako looking” debate of 2016 will be answered with some 4k pc screenshots tomorrow, get hyped!!

Also pretty sure she’s looking left. If you look at her right eye you’ll see it’s darker on the left due to her pupils being positioned there.