One thing that never ceases to amaze me is how finicky D-Pads can be, even on the same model Controller from the same manufacturer.

For years I used a Hori GemPad EX for Xbox 360 on both my Xbox 360 E console as well as my PC. This past March, when I upgraded my PC’s video card so I’d be able to play Mortal Kombat 11, the GemPad EX stopped being properly detected on my PC. I had to updated my BIOS for the card, and I suspect that’s what changed things.

Anyway, that meant I needed a new Controller, since there was no way I’d be using an Xbox 360 Controller for a fighting game. I ordered an Xbox One Controller for Windows since I knew it now has a proper plus D-Pad, and gave it a try with Mortal Kombat XL. While it was a huge leap forward over the Xbox 360’s D-Pad, it was still quite lacking.

I returned it, and came across the Hori Fighting Commander for Xbox One, which was formally PC-compatible, and I got that instead. It’s a fantastic Controller for fighting games, and it’s D-Pad is exceptional. This is the Controller I’ve been using for Mortal Kombat 11 and Killer Instinct (2013).

Last week, I bought an Xbox One X Special Edition Console, which came with a free second Controller. The Controller properly bundled with the console, it’s D-Pad is great! It’s not quite the Hori Fighting Commander D-Pad, but it’s such a difference from the Xbox One Controller I tried in March that I’ve had no need for the Fighting Commander on my Xbox One.

Last night, I tried the second Controller, same model though different colour, and it’s worse than the Controller I used in March. Maybe once or twice in every ten attempts can I properly do a simple fireball. I reconnected the bundled-in Xbox One Controller to confirm it wasn’t just me, and no issues with fireballs.

So all of this to say that I find in incredible that I’ve now used three different Xbox One Controllers, all first party, and all with different D-Pad experiences. Makes you wonder how standardized they really are.

Turns out you can have the best technology in the universe but if your quality control sucks it doesn’t matter. The Xbox One controller is terrific at the things the Xbox Design team really put energy into. But despite the improvements from 360 it’s clear the D pad is still viewed as the second sister to the face buttons rather than a primary input device. Many wear out over time, and it just isn’t designed to take the beating associated with hundreds of hours of fighting game inputs. Chances are your bum controllers just have the same seat issue that tends to crop up over time and that your good controller will eventually succumb to this too.

While I love the ergonomics Of the One controller, and it works great for it’s designed purpose (FPS shooters and other twin stick gaming) I have found them to be very fragile in a few key components - like the bumper buttons and the micro USB port that aren’t unforgiveable but do make me question the $60 price tag.

For the Xbox One Controller, I’m sure your right, and that my “good” one’s D-Pad will decline over time. Having said that, the one that already has issues was like that right out of the box. I’m going to reach out to Microsoft soon and see if they’ll replace it. If they can make one that works well, at least for a while, I’d prefer to have both Controller like that.

I’ve taken apart several XB1 controllers of different varieties, and despite how great the dpad is it has an inherent flaw to its design. Under the plastic cross the inputs on the circuit board are metal bubbles, and the underside of the plastic cross has small nubs that come in direct contact with the bubbles, and over time those nubs wear down. Usually the diagonal inputs go first, because once the nubs wear down they can’t connect with 2 inputs at the same time. I went through several Dpads early on in KI’s life, and at one point even swapped Dpads with another newer controller and sure enough the newer controller dropped its diagonal inputs as soon as the older one’s dpad was installed.

Just last week I was replacing one of the analog sensors on one of the newer bluetooth “S” model controllers, and while I haven’t used it much myself I did notice that there was an added covering over the dpad’s bubble inputs. However from looking at some of the spots where the cover has worn through my guess is this the cover is only going to delay the inevitable.
I can’t say much for the elite controllers though. I’ve had 2, and on both the Dpad is still going strong. Wish I could say the same for the rubber grips and L/R buttons…
I have a Hori Fighting Commander as well, but I rarely ever use it. My main on KI is Glacius, and trying to hold 3 separate hails is hard to do with face buttons, unless you handle the buttons claw style, which I don’t. I still bring it out every now and then though.

Edit: pics to show what I’m talking about…the green dpad is from an elite controller, but the nubs on the underside are nearly identical: 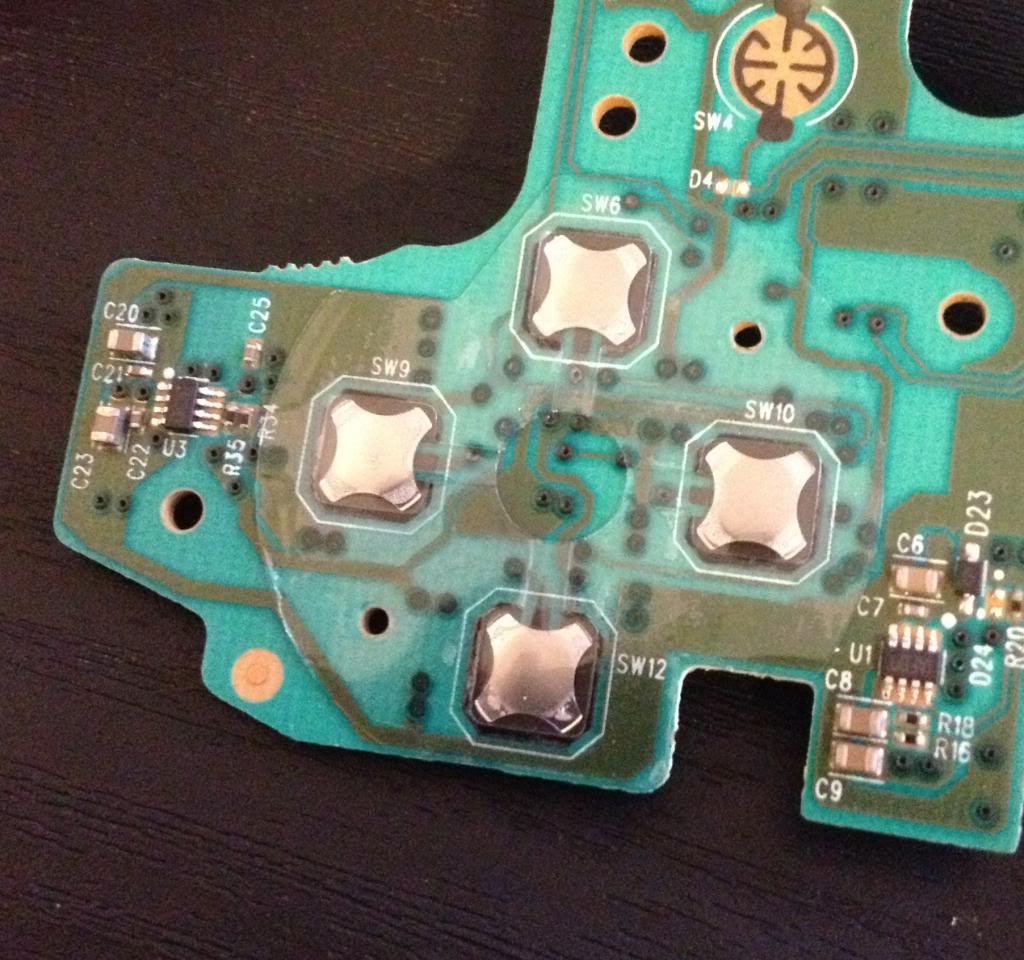 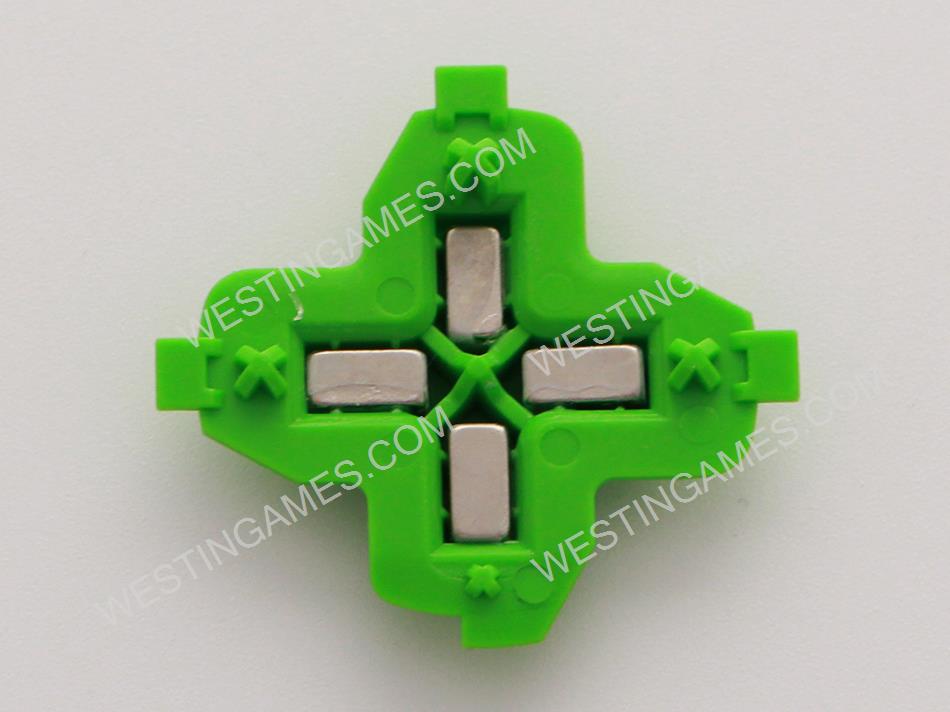 For the Hori Fighting Commander on Xbox One, I simply remapped the buttons from the Controller itself. I’, not comfortable with an all face button layout myself, and I find by simply muscle memory, I was hitting “Y” as “X,”, “RT” as “B,” etc.

So I remapped it to be that.

Basically, it’s like using a normal, proper pad, minus the sticks.