Now that we’ve seen Tusk’s new face, I’m curious to know the community’s reaction.
Remember, this is about his face only.

I’m not here to pick on IG. Perhaps my expectations as a die hard Tusk fan were too high. I don’t feel like they were though. My hopes weren’t specific. Young and dark eyed. That was all I needed.
I personally love his body and outfit. They are perfect. The teaser had me REALLY excited. My heart sank the moment I saw his pale-eyed, old man face.

It seems like what happened was:
The team decided to go with a Viking theme for Tusk. That’s fine. It’s a fun character trope we haven’t seen yet. And so they got so excited and carried away with making this character look just like a really cool Viking… that they forgot to make Tusk while they were at it.
I’ve been wanting this character since the game launched. I’m concerned we may never really get him. All we’ll get is some super muscled, blue-eyed old man with Tusk’s move-set. 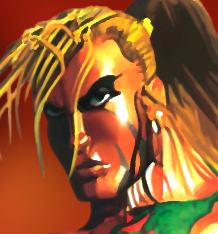 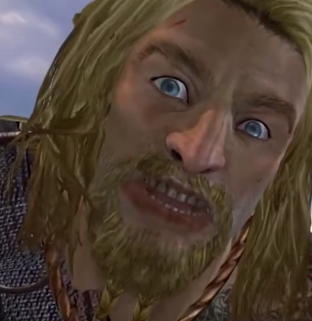 Lol I love his new face, looks like Maximiliandood on steroids.

I don’t thin it’s finished, however its still obvious how its supposed to look. I like the new look.

They need to make his eyes softer of disdain like a guy who has faced 10000 battles before and like just doesn’t care anymore not like he is struggling.

Can’t say it doesn’t need work. Though I will say I like the direction they took.

I think they’re just showing too much teeth. Maybe not open his mouth all the way? I’'m not disappointed, but had hoped they would put some more detail into his face since in KI2 he had those dark markings around his eyes and such. I would’ve liked that for his main as well in this one.

But other than that, I am pretty satisfied with how Tusk turned out.

Also, I always thought Tusk was considered a joke in the KI community, only known for his DAH and for being a Conan “rip-off”… so to see that many have chosen the “I’ve always loved Tusk” option is rather surprising.

I’m not sure what it is about his face. At first I thought his teeth were too dark around the edges. Then I thought it might be his eyes, they seemed too wide open during his intro.

After seeing the adjustments they made to Kim Wu’s outro animation, I think it could just be that what they showed us of Tusk didn’t have as many inbetween frames of animation as the finished product will have come 29th.

I would have expected some lines around his eyes and some rough texture to give off the leatheriness his skin should have IMO.

As for his voice, it seemed kind of fine to me. Quite He-Manish, I suppose heroic, rather than brutal and rough like what I was expecting. All in all, I don’t mind his voice. After a few hundred/thousand years you can go through a lot of changes, so he could be at a stage where he’s not all grim and rough.

Think of him as a swashbuckling hero now, rather than some head-hunting maniac. How else is he meant to woo Maya? Beat her over the head and drag her off? Nah, he’s got chat now.

why your options are so yolo?

I’d hate to say that I guessed the community wouldn’t like Tusk’s face, but…

No offense to Tusk fans but I didn’t like original design of Tusk. It wasn’t bland or anything wrong with the design, it just didn’t hit me of interest that’s all.

Despite looking like a typical Viking, I actually like it, I mean it fits him…for me anyways. Now the face obviously needs some work. The only problem I see is how massive and popped like his eyes are. He seriously look like a mad man…or maybe that on purpose…ILLUMINATE CONF-but seriously, that’s pretty much his only problem in terms of his design.

As we’ve seen, the character is still in production. The build at the Xbox event didn’t have the close up cutscene when he activated instinct so all we know is that he’s just playable and they’re still working on the character.

Kim’s look got better after the lighting was complete, so I think this is no different. Give it time.

While it’s a stretch, are you sure you guys are criticizing the animation of his winning sequence or is it actually his face? The former seem corny at first but that was subside with time.

I’m pleasantly surprised with how Tusk turned out. He’s much more impressive in my opinion than I’d imagined him.

Didn’t this same sort of thing happen any time a character’s redesign was different from the original? Cinder, Jago, Glacius, Orchid, Maya, Riptor, Spinal, Kim Wu… All of their standard outfits are quite different from the original design, but generally the retro is close enough to the old ones to hit the same note (some are even nearly exact, like Spinal and Cinder). I think it’s best to simply wait for the Retro costume before we start casting the “it’s different and therefore ruined” judgement.