Now who are your favorite martial arts stars/superstars as well as ones whom you like the most?

Bruce Lee for sure! But he’s everyone’s so ill pick another one.

Tony Jaa, especially in Furious 7. I will admit as much as I like him, I was very dissapointed in a lot of his films after Ong Bak but Skin Trade and Furious 7 definitely didn’t disappoint.

Van damme: I really admire how he was known to be a terrible actor but he became better and got better roles in his 50s. Have to say cheers to him because not many actors can say that they had a bad start and redeem themselves with better roles and films as they get older.

Jason Statham: Overall Badass! He’s also one of the few guys that can pull off the bald look. Do wish he’d shave the remainder though!

How do you not have Van Damme on your list??? He was my favorite back in the 80s/90s

Wanted to do something a little different with my list and name people who were genuinely “the real deal” as in they could more than handle themselves in a real fight. So in no particular order… 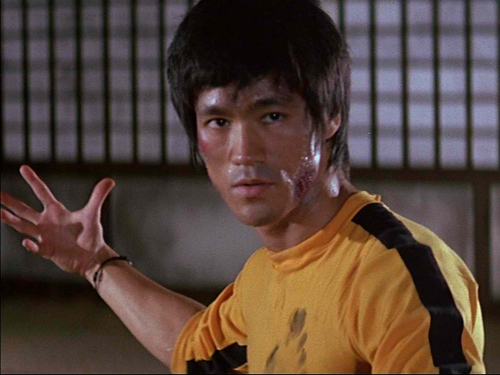 His actual name was Sai Fong (or little/small phoenix) this was a girls name that he was given because his mother had miscarried, the name was used to trick the evil spritis. He was then named Jun Fan (return again) as his mother believed he would leave Hong Kong and return one day.

Time to break some hearts…factually it’s incorrect that he never lost a fight, in fact he lost plenty but his professional record states he was undefeated. However you must understand that he had less than 15 or 20 of these.

From humble beginnings in Hong Kong taking part in gang “knife fights” he eventually brought about a new type of action cinema. Flying through the air and water skipping was replaced by brutal no nonsense technique and blood letting.

Amazingly detailed screen fights and cold calculating real ones Bruce Lee was the real deal in more ways than one.

Small facts; his stage/movie name was Lei Siu Long (little dragon lee) and in some parts of Asia he was referred to as “three legs/kicks lee” This was due in part to his ability to land three successive kicks in the same place, and his apparent sexual prowess 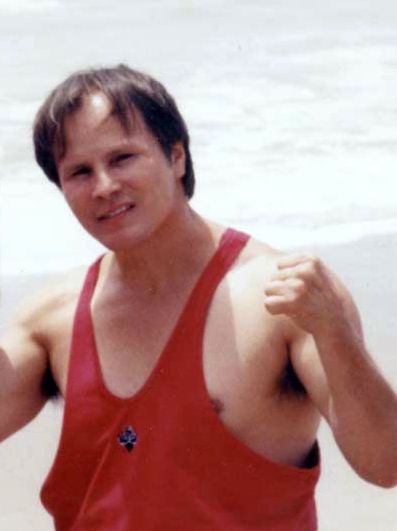 Probably most famous for “that fight” in Jackie Chan’s Wheels on Meals, “the jet” was (and kinda still is) a formidable martial artist who often fought in controversial matches. His quick brutal styles can be seen most notably in the above and Dragons Forever.

And to top it all off he has native American ancestry Although he had less screen time than many on this list Keith earned respect and praise from Hong Kong stuntmen after starring in Wheels on Meals. During a scene where Sammo Hung is kicked into a van Keith was holding back not wanting to hurt him. When Sammo screamed “hit me as hard as you can!” he was hit by a sidekick that flung him into the van so hard it rocked for several seconds. The crew gasped “sidekick!”

This then became his name throughout production. A warm and kind gentleman who deserved so much more screen time but a great screen fighter.

Forget the outlandish internet memes, back in his prime this guy could have destroyed the UFC…yes he was that ■■■■ great a fighter. He was a Karate champ for six years in a row defeating such greats as Joe Lewis and the 10th degree black belt Victor Moore.

His movie fights were never really thrilling as maybe some others but his contributions to the industry along with his screen presence, more than make up for this.

Most Hong Kong action movie nuts know this name very well. Starring in, directing and helping to create hundreds (yes hundreds) of martial arts films throughout the years. He is probably known as “the kicking master” since his phenomenal use of Taekwondo kicks is truly a sight to behold. When training a student one day he told them to kick a leaf from a tree. When they did it he told them to kick it as many times as possibly before it hit the ground.

They said it was impossible before he kicked the leaf off the tree and managed to keep it in the air kicking it several times. Most notable for roles in; Tower of death (or Game of Death 2) Snake in the Eagles Shadow, Drunken Master, and Ninja Strikes Back. 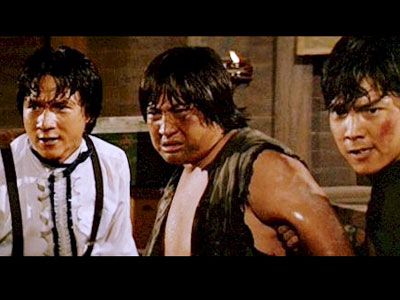 Three men who need absolutely no introduction, responsible for some of the greatest martial arts action movies of all time. All trained at the infamous Peking Opera School by legendary master Yu Jim Yuen, they not only excelled at acrobatics but fighting too.

After the death of Bruce Lee Jackie was pushed as the “new” version, a role he absolutely despised. They made many amazing movies apart but some of their best is when they teamed up in films such as Dragons Forever or the Lucky Stars series.

Watch the opening training scene from Wheels on Meals, or the Double Dragon like fight scene in Project A where Sammo and Jackie team up to see a rare mind blowing choreography.

Probably most famous now for the Ip man movies, this guy has been making action cinema sexy since the early eighties. Arguably his early fight scenes were speeded up seen most notably in Legend of the Wolf or the Fist of Fury TV series. This is strange because his actual speed was already dazzling, and some of his fight scenes are considered the best in all of Asian cinema.

These fight scenes bring back the realistic brutality not seen since Bruce Lee, a few favourites would be the first Ip man movie, Flashpoint and the amazing In the Line of Duty.

My absolute favorite? Sifu Bruce Ledger. Never was a movie star or anything, but a master i had as a kid that taught me Shao-lin Gung Fu. He beats out most stars ive watched since.

Has anyone here seen “5 Deadly venom’s”? OMG if you havent its so awesome! One of the best kung fu movies ever and my friends in the Shaolin Death Squad wrote and amazing 5 song Ep about the 5 masked fighters.

Is there any female martial art stars/superstars you all love too?

Michelle Yeoh, for one

i enjoy all the usual suspects aforementioned.

lately my favorite martial arts movie to watch has been Blood and Bone, and i really enjoyed seeing Ninja 2 with scott adkins. his new hard target movie was also really good and even had the jango fett guy in it!

Why the kappa? You never see him coming.

Who’s John Cena? I don’t know what does he look like because I cant see him… XD

Is there any female martial art stars/superstars you all love too?

Cynthia Rothrock is the first name that comes to mind, great screen fighter although she never really competed in hand to combat tournaments.

1.“Judo” Gene Lebell
Honestly he just has too much noteworthy things to fit in here however I’ll tell you a few.
He beat Milo Savage,a boxer who challenged all the martial artists(because back then boxers were seen as the pinnacle of fighting expertise).He taught Bruce Lee,Chuck Norris,and Ronda Rousey.
2.Kazushi Sakuraba
One of the best “catch” wrestlers that dominated the mma scene in Japan,so much so that he’s known as the “Gracie Killer” because of his domination of the Gracie family in fights.
3.Kurt Angle
Laugh if you want but this Proffesional wrestler is also known as the best shoot wrestler in the USA,declared by USA wrestling.He won the gold medal in the 1996 summer olympics at 28 years old!
4.Dan"The Beast"Severn
Another catch wrestler who was known for suplexing opponents constantly,he was a notable fighter in the early days of MMA and The UFC.

I can continue later,let me know if y’all are interested.